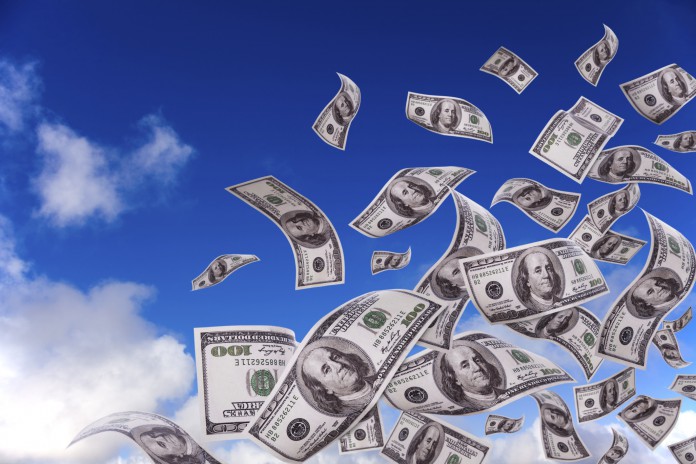 Giving USA, the longest-running and most comprehensive report on philanthropy, released its latest numbers today. Published by the Giving USA Foundation and researched by Indiana University’s Lilly Family School of Philanthropy, the study provides insight into the state of America’s charitable giving practices across all charitable sectors and serves as the foundation for much of the research behind Lake Institute’s own training.

Giving to religion (defined as giving specific to congregations, denominations, missionary societies, and religious media) has consistently remained America’s single largest recipient of charitable giving. That continues to remain the case. Giving to religion in 2016 increased 3.0 percent (1.8 percent adjusted for inflation) receiving an estimated $122.94 billion in contributions across all faith traditions. This remains 32 percent of all U.S. charitable giving and still twice as much as the next biggest sector (education at 15.3 percent). While this small but steady growth remains relatively unchanged from the past few years, the steady growth is noteworthy. Despite decreasing attendance patterns and rising religious disaffiliation, religious giving continues to hold its own. These trends demonstrate the powerful pull that religious beliefs and practices play on individuals’ giving and the influence that religious organizations continue to play in the larger charitable sector.

Giving in 2016 demonstrated growth across the board with all nine major types of charitable organizations increasing making 2016 just the sixth time in the past 40 years that this has occurred. While giving to education saw slower growth than in years past, other sectors like environment and animal charities; arts, culture, and humanities organizations, health causes, and international affairs nonprofits received a steady boost. All grew faster than religion, so while religion continues to hold its own as the largest subsector, it also continues to lag behind the growth of other sectors.

By far the largest percentage of giving and growth came from individuals (3.9 percent growth for a total of 281.86 billion). Only giving by bequest saw a significant decline (9.0 percent).

Giving USA 2017 analyzes comprehensive giving for the past year, but inside the full study are chapters on each subsector. Within the chapter focused on religion, we can look into deeper detail on long-term trends as well as contemporary issues affecting religious giving with additional information from denominations, leading religious nonprofits, as well as other researchers in the field. When turning to focus on giving as a share of income, John and Sylvia Ronsvalle of empty tomb find that religious giving is decreasing. Although the report indicates that religious giving as a share of income has been higher among evangelical denominations since 1968, the overall rate of decline has been steeper among evangelical denominations (-1.25%) since 1968 when compared to mainline Protestant denominations (-.32%)

If individual giving has decreased as a percentage of income across most Protestant bodies, the assumption might be that most major denominations are receiving less annual income from their congregations. While this assumption proves mostly correct, denominational bodies report various numbers. Most recently, the Presbyterian Church (USA) reported receiving $2.078 billion in 2015. When compared to 2014 numbers, the PCUSA saw an increase in undesignated giving, capital and building funds, and local mission giving. As a parallel, the evangelical Presbyterian Church in America (PCA) reported 2015 giving totaling $784 million, also a slight increase from previous years. Both the American Baptists and Southern Baptist Church experienced significant declines in membership between 2013 and 2014, contributing to an almost 10 percent decline in giving from the previous year. The SBC reported its 2016 numbers this week pointing to a sustained decline in members and resources over the past decade.

Overall, the numbers point to a slowdown in receipts of many of the largest Christian denominations, but it helps to look deeper into the numbers. Beyond simply how much, reflecting on how money is given to religious organizations is important. Religious donors are showing preferences between undesignated and designated funds, capital and mission/benevolence giving, as well as short-term initiatives or long-term programs. Development staff and religious institutional leaders are also seeking out particular types of donations for various initiatives in order to make their budgets. Even as donors give for many reasons, they also give to multiple purposes, and religious institutions must reflect on how to operate with the restrictions and priorities on the resources they are receiving.

Beyond Protestantism, there continues to be significant research on the giving of other faith families even if there is much more that needs to be done. A major study analyzing Catholic institutions just published this year continues to confirm that Catholics give significantly less than Protestants as a share of income. Their report also noted that when surveyed most recently in 2013, almost a quarter of all Catholic parishes operated at a loss.

Among other Abrahamic traditions, we know that Jewish households are more generous than other religious affiliations, but only 35 percent of giving by Jewish households meets Giving USA’s definition of giving to religion, less than either Catholic or Protestants (See the Philanthropy Panel Study). However, as the National Study of American Jewish Giving discovered in their most recent national survey of Jewish giving, the average synagogue member donated six times as much to Jewish organizations as non-members. It is clear that affiliation with a particular faith community makes a major difference across faith traditions.

Within Islam, studies have found that Muslim Americans give less to religion when compared to the overall American population, but it is also important to note that the majority of Muslim giving goes to faith-based charitable organizations beyond the local mosque that might not be designated as religious giving by Giving USA’s standards (see this report). Even still, there have been considerable growth in the number of capital projects for mosques in the United States.

Across the variations of giving to religious families and their institutions, a common trend is the noticeable new mechanisms for how people give. At the congregational giving, online giving is growing exponentially. The same is also true among faith-based nonprofits. Notably, almost 40% of donations made on #GivingTuesday were made to religious organizations in 2015.