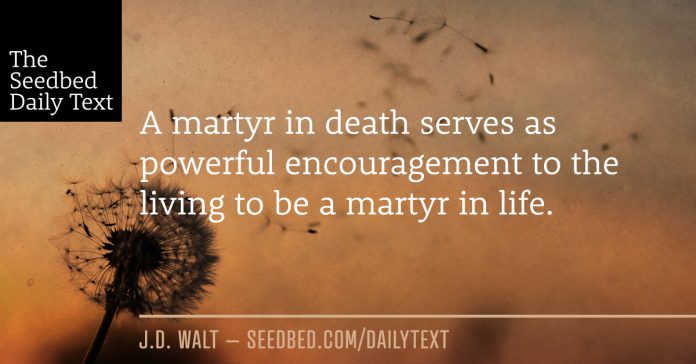 “Our ancestors had the tabernacle of the covenant law with them in the wilderness. It had been made as God directed Moses, according to the pattern he had seen. After receiving the tabernacle, our ancestors under Joshua brought it with them when they took the land from the nations God drove out before them. It remained in the land until the time of David, who enjoyed God’s favor and asked that he might provide a dwelling place for the God of Jacob. But it was Solomon who built a house for him.“However, the Most High does not live in houses made by human hands. As the prophet says:“‘Heaven is my throne,    and the earth is my footstool.What kind of house will you build for me?says the Lord.    Or where will my resting place be?Has not my hand made all these things?’“You stiff-necked people! Your hearts and ears are still uncircumcised. You are just like your ancestors: You always resist the Holy Spirit! Was there ever a prophet your ancestors did not persecute? They even killed those who predicted the coming of the Righteous One. And now you have betrayed and murdered him— you who have received the law that was given through angels but have not obeyed it.”When the members of the Sanhedrin heard this, they were furious and gnashed their teeth at him. But Stephen, full of the Holy Spirit, looked up to heaven and saw the glory of God, and Jesus standing at the right hand of God. “Look,” he said, “I see heaven open and the Son of Man standing at the right hand of God.”At this they covered their ears and, yelling at the top of their voices, they all rushed at him, dragged him out of the city and began to stone him. Meanwhile, the witnesses laid their coats at the feet of a young man named Saul.While they were stoning him, Stephen prayed, “Lord Jesus, receive my spirit.” Then he fell on his knees and cried out, “Lord, do not hold this sin against them.” When he had said this, he fell asleep.

We come to the end of Stephen’s address to the Sanhedrin. While he began with the gentle greeting, “Brothers and Fathers,” he ends John the Baptist style, “You stiff-necked murderers!” He began with the great and powerful acts of God. He ends with the activity of the religious leaders in their response to Jesus.

Stephen signed his own death warrant. Something bigger happened here though. Take another look.

The Spirit of God gifted Stephen with eyes to see past the veil of the temporal and into the realm of the eternal. The Bible clearly tells us that Jesus “sat down” at the right hand of God. Not here. Jesus stands in tribute to Stephen. Wow!

In Stephen’s death we witness our first “sowing” ceremony of the  young church. As Jesus said, “Unless a single seed of wheat goes into the ground and dies, it will never produce a harvest,” and then became that seed, so did Stephen. As Jesus prayed, “Father forgive them, they do not know what they are doing,” and “into your hands I commend my spirit,” so did Stephen.

One of the early Fathers of the Church, Tertuillian, wrote in the second century, “The blood of the martyrs is the seed of the Church.”

A martyr in death serves as powerful encouragement to the living to be a martyr in life.

And what is a martyr in life? That’s our question, isn’t it?

Do you tend to be more of a lawyer for God, arguing his case with others, or are you more of a witness, demonstrating and testifying to his goodness and grace? See the difference?