Where Does the Gospel Begin? It Matters What You Think - Seedbed
close
Menu 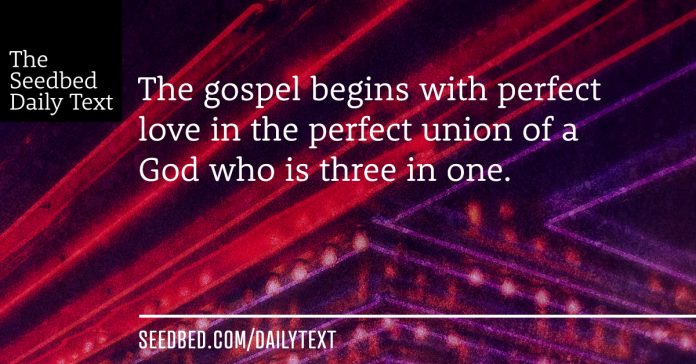 Now, brothers and sisters, I want to remind you of the gospel I preached to you,which you received and on which you have taken your stand. By this gospel you are saved, if you hold firmly to the word I preached to you. Otherwise, you have believed in vain.

For I am the least of the apostles and do not even deserve to be called an apostle, because I persecuted the church of God. But by the grace of God I am what I am, and his grace to me was not without effect. No, I worked harder than all of them—yet not I, but the grace of God that was with me. Whether, then, it is I or they, this is what we preach, and this is what you believed.

What is the gospel? If someone asked you to answer the question, how would you do it?

Perhaps the bigger question is where do you start. Does the gospel begin with a problem? Must you have bad news in order to have good news? Is the gospel a bad news—good news scenario? The short answer: No.

The gospel does not begin with sin. The gospel begins with God’s good creation. The gospel begins with a world where the crowning creation are the image-bearers of God. We talk so much about original sin, when we need to remember what preceded sin—original goodness and glory. The good news is God created a world filled with righteousness, peace, and joy in the Holy Spirit.

At the core of all eternity dwells the triune God of perfect unity in a community of holy, creative love. From this eternal community comes a creation of extravagant diversity. Only after all of this unprecedented, unequaled glory and goodness, do we get the bad news of sin and death. Sin and death and evil are a major problem for the world and the human race, but not for God. That’s good news. Because the gospel does not begin with sin it will not let sin prevail. The overwhelming love of God overcomes sin in a way only divine love could do.

Where does the gospel begin? It matters what you think.

© Seedbed 2021
Where Does the Gospel Begin? It Matters What You Think
MORE STORIES