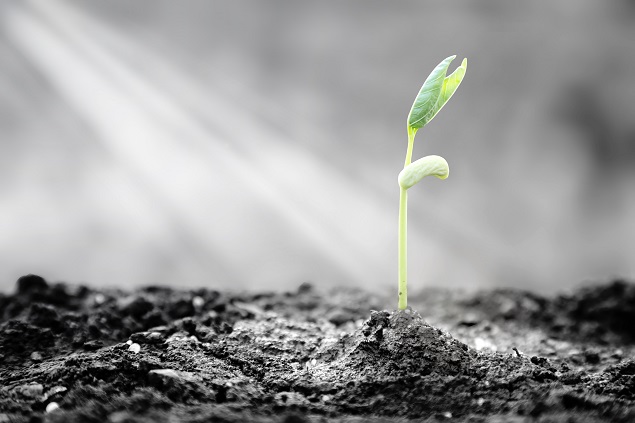 People for the most part are all about getting. Getting a boyfriend or girlfriend, getting good grades, getting into the right college, getting the latest iPhone. The list goes on and on. Getting is not necessarily bad. Each of us does need to get enough sleep, get enough food, get proper clothes and get shelter. It’s when getting becomes excessive or controlling that it becomes a problem. Those who want more than can be reasonably expected are described as “wanting their cake and eating it, too.”

For some mysterious reason, the innate desire for all this getting does not show up in our lives as Christians. Maybe it’s not what Christians do? I believe this makes God very sad. His lovingkindness knows no bounds, his mercy and compassion are never ending, his patience is inexhaustible, and his grace is unlimited. All of this is available to each and every one of us, yet we mostly settle for just a little or do not take the full amount put before us. God says, “What gives?”

This is especially true for God’s justifying grace. Grace is the free gift from God that draws us ever closer to him, reorienting our lives towards him and bringing healing to our relationship with him. God has said repeatedly that he finds no pleasure in the death of even a single person, so he wants to pour out his grace upon us and he does, but we have to receive it. Consider this, someone sends you the absolute best gift from Amazon. It is delivered right to your door while you are home. If you do not bring it in and open it up, you will never know the joy or the reward of that gift. It does not go away, but it does you no good.

Justifying grace is a free gift. It is not just any ordinary gift, it is a gift beyond all comprehension. John Wesley described justification (actually receiving justifying grace) as one of the two great turning points in a Christian’s life (the other is sanctification – watch for more to come). Justifying grace frees the believer from the penalty of past sins and frees the believer from the power of sin. It is two P’s in a pod – peace and power. It is happiness and holiness.

All of humankind was stuck in a bad place. Sin had created a debt, a penalty owed to God which we are totally unable to repay, no matter how hard we tried or what we did or how sorry we felt. God could pay the price, but he had not incurred the debt. To reconcile this problem, (in the words of John) “For God so loved the world that he gave his only Son, so that everyone who believes in him may not perish but may have eternal life. Indeed, God did not send the Son into the world to condemn the world, but in order that the world might be saved through him.”

God’s only Son, Jesus, became fully human so that he could take on all the sins of all people for all time on a cross outside of Jerusalem one Friday, long ago. In that moment the penalty for all sins was paid in full, without exception. Jesus did this so that you and I could be saved.

Justifying grace offers each and every person the ability to have their penalty to be paid in full. Period. Many accept this offer and that is great! All past sins have been forgiven. Have they received the gift of eternal life? Yes! Is that all there is? NO! Those who have had their sins forgiven and then walked away have left half of the gift of grace on the table unopened.

Justifying grace is not just about forgiveness, it is about being a new person. Justifying grace is not only about the peace of knowing your sins are forgiven, it is also about the power over sin that comes with the indwelling presence of the Holy Spirit. Forgiveness is phenomenal, but temptations continue and who wants to deal with them by their own personal willpower?