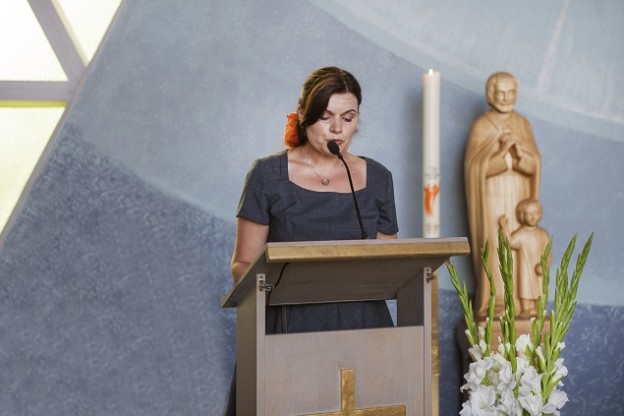 Editor’s Note: In this new occasional feature on the Preaching Collective, we’ll ask some of our contributors about the approach they would take in preaching from a particular passage of Scripture. This month we look at the Easter account from Luke 24:1-12.

Resurrection doesn’t make sense. It doesn’t make sense today and it didn’t make sense in the 1st century. The men did not believe the women because ‘their words seemed like nonsense’ (v. 11). Let this passage remind us that assuming 1st century people believed in resurrection because they were foolish, gullible, and desperate is simply 21st century historical hubris. Yet the women had the experience of the empty tomb, the testimony of men in lightning-white clothes, and the now-clear and freshly remembered words of Jesus himself. They weren’t giving up. They knew it didn’t make sense. And they knew it was true.

The women’s testimony may have sounded nonsensical, but it impacted one. And what a person to sway! Peter—the passionate, brash, burly Galilean who had denounced Jesus in his moment of trial; the one who had reason to hope for resurrection because it would be the only thing that could restore his friendship with Jesus. If Jesus is raised, then Jesus is able to forgive him! Even him. I get the sense that the possibilities are flashing through Peter’s mind as he runs to the tomb. The speed of his mind surpassing the speed of his feet leaves many questions and hopes unanswered as he looks inside the vacated tomb.

You might identify with any one of these categories today.

(1) You could be like the initial women who encountered the empty tomb. Perhaps the resurrection has taken root in you and in no one else around you. Be reminded that you are not alone. The Gospel has been coming through the unlikeliest of people since these women were the first witnesses to the empty tomb.

(2) You could be like the scoffing disciples. Perhaps you are here just because it’s what you do on Easter. Or because it’s what Mom, Dad, wife, or husband desires you to do. You have heard the story but it still seems non-sensical. Did you know that the world was set aflame by this group of doubters, scoffers? We have some world changers in here that just yet haven’t encountered Jesus. Are you open to it? It will require you not just to be open, but to seek.

(3) Perhaps even today there will be one who break away from the doubters to explore the truth of this message like Peter did. Some of you in here want it to be true. You need it to be true. Nothing else will make sense of your life and its joys and failures. Since at least St. Augustine, Christians have seen that internal yearning as evidence of the truth of this message. Perhaps today, just as Peter raced to the tomb, you’ve come to church to make sense of it all. And you’re wondering what it all means. All the music, the celebration, the preaching, the singing, the praying, the bread and cup, the new life. Here’s what it means: He is risen.

Life is filled with uninspiring, unpleasant, uncomfortable, and unavoidable tasks. Luke 24 provides the opportunity to remind your hearers that the promise of Christ’s victory is true, even when we must face the most difficult tasks of life. Those tasks must feel akin to what the two Mary Magdalene, Mary the mother of James, Joanna, and the other women felt as they gathered the spices on Saturday and began the burial march before dawn on Sunday. The hope that had buoyed them as Jesus went from place to place preaching and healing was deflated. Their friends, especially the men who had been so excited about the movement, were hiding away, fearful that they might be the next to be hanged on a cross. All of that context is added to the fact that they observed someone they loved be wrongfully sentenced to death, beaten mercilessly, and killed in the most humiliatingly torturous way known. Still, this task of caring for the broken, mutilated body of Jesus would have to be done. They knew it would fall to them.

When these friends of Jesus arrive at the place of burial, unexpected things began to happen. First, the stone was no longer blocking the entrance. Then, as they stepped into the tomb, they realized that Jesus’s body was not there. By the time the two men in dazzling clothes stood beside them, the women were confused and terrified. All they wanted to do was honor their friend by preparing his body for a proper burial.

The men said, “Why do your look for the living among the dead? He is not here, but has risen.” Then, they said, “Remember…” Remember… Remember… “The Son of Man is going to be betrayed into human hands,” Jesus had once said (Lk. 9:44). Another time, he said, “He will be handed over to the Gentiles; and he will be mocked and insulted and spat upon. After they have flogged him, they will kill him, and on the third day he will rise again” (Lk. 18:32-33).

Mary, Joanna, Mary, and the other women would see other friends tortured and killed. Of course, they would experience the discomforts of daily life. So, the task of preparing the body of Jesus was not the last difficult task for them. However, from that day forward, they were witnesses that the promises of Jesus were true. His Kingdom is coming in all of its beauty.