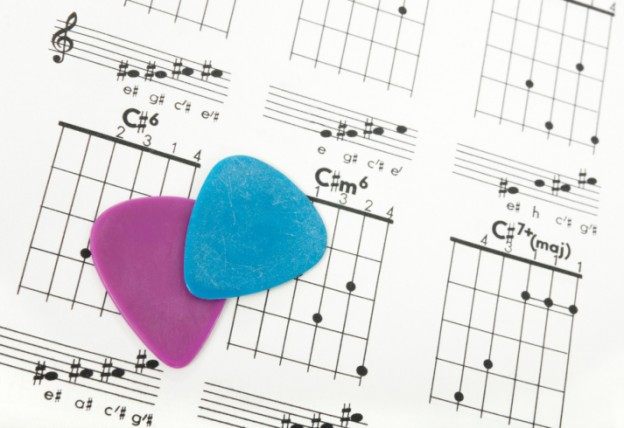 I once got lost on the side of a mountain in Haiti. Not fun! When I realized I was lost, it occurred to me that I could have taken any number of wrong turns at various places up the trail where it split in two directions.  I knew down was better than up, but I was totally lost and separated from my group.  A map of the trail would have been the difference between my humiliating calls for help (and my eventual rescue) and my arriving at my destination without shame.

Think of the chord chart as a road map.  The better the map, the more likely that people arrive at the destination.

Many worship leaders are like me: I have years of experience playing instruments, but little musical training. For a number of years I showed up for rehearsal with a stack of paper chord charts I had printed off Song Select or any number of pre-created charts that I cut and pasted off the internet.  Added to my lack of preparation was a vague idea of how I wanted the song to sound.  I am confident that I frustrated the musicians.

Six years ago our drummer (a skilled professional) pulled me aside and said, “Man, these charts are terrible, here is what you need to do…”  I have incorporated his tips since that time onward. Here they are:

A few more things: These charts might not look as clean as a more simple chord chart, but there are major advantages.  Mainly, as a leader I don’t have to continuously remind my team how long the intro is, when they are supposed to come in, or what tempo the tune is.  This cut our rehearsal time way down to an average of 30 minutes to rehearse four songs or 40 minutes if we are learning a new song.  My expectation is that if I give the team a recording and a solid chart by Monday, they will come Wednesday evening knowing their parts.  If we are introducing a new song I try to get it to the team at least a week prior to rehearsal.

I’ve made an assumption here that most of us are using songs written by other people and that professional recordings are a great place to start when learning a new song.  That however, doesn’t mean you can’t write your own songs and create a detailed chart, or make the recorded song your own by changing the instrumentation, the flow, or the repeats —I encourage that.

Lastly, when building a new chord chart here is what I do: I print out the Song Select chord chart if there is one available.  I listen to the song 2 or 3 times. The first time I use my guitar or piano to make sure the chords are accurate and note changes on the printed sheet.  Second time I am writing in measure markers, the tempo, repeats and any other detail which seems relevant.  The third time I am checking my work for accuracy. I then simply copy and type that work into Planning Center Online or a Word document. Total time spent building a chart for me is about 30 minutes.  Putting the time into the chord chart is sure to save you time in the long run. Your team will thank you!