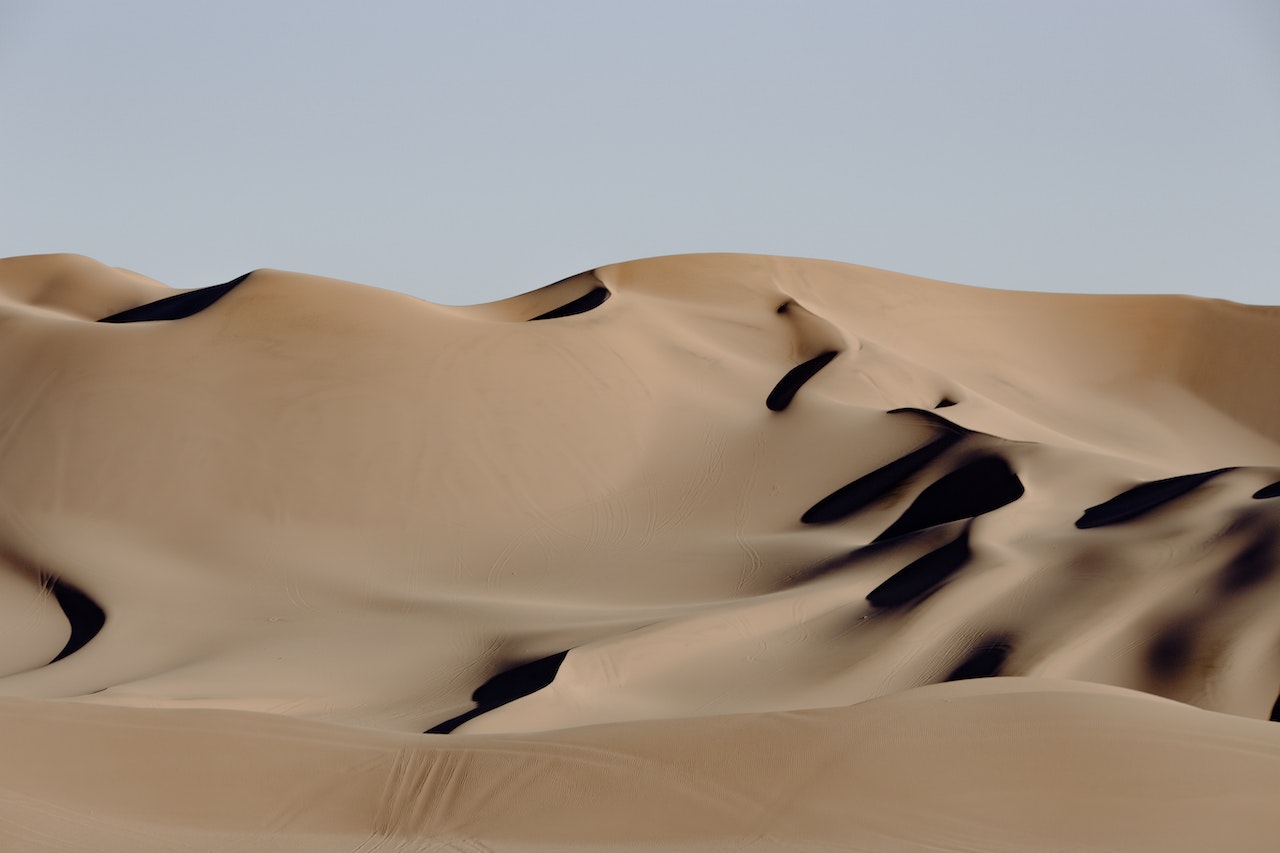 We must find our contentment in the execution of His will, whether He leads us by sufferings or by consolations, so that everything should seem the same to a person who has truly abandoned himself. We must remain faithful in the dry periods by which God proves our love for Him. (Brother Lawrence)

I wonder if you or someone you know has had this experience. You have trusted God for your salvation and know Jesus as your Savior. You have embraced spiritual disciplines such as prayer, study of the Bible, worship, and fellowship as regular commitments. You know what it is to grow in your relationship with your Father in heaven and expect greater warmth and deeper intimacy in that relationship. But instead, it has come to feel cool and distant. Prayers seem to be ineffective. Perhaps doubts have begun to creep in regarding some promises and rather than bringing hope they now seem hollow. Then there are worse thoughts. Have you done something to offend God? Why has God withdrawn his favor from you? If the sense of distance and abandonment deepens, you may even ask if God singled you out for some unfair reason to be treated like this. Where are you, God? At their very worst, these thoughts can threaten faith to its core.

The Psalms set the emotional extremes before us. We often hear the strength and joy of relationship. “The Lord is my strength and shield. I trust him with all my heart. He helps me, and my heart is filled with joy. I burst out in songs of thanksgiving” (Ps. 28:7). “Taste and see that the Lord is good. Oh, the joys of those who take refuge in him! (Ps. 34:8). “I long, yes, I faint with longing to enter the courts of the Lord. With my whole being, body and soul, I will shout joyfully to the living God” (Ps. 84:2).

But with the marvelous integrity we find in the Bible, we also hear the anguished laments. “O Lord, how long will you forget me? Forever? How long will you look the other way?” (Ps. 13:1). “O Lord, come back to us! How long will you delay? Take pity on your servants!” (Ps. 90:13). Both praise and lament have a place in a life of faith, keeping us in touch with both confidence in God and the full realities of life. Dry seasons are common in many contexts, but unlike those in human relationships, we need to remember that God, in sovereign love, can use dry seasons for our good to mold a stronger relationship and character. This beckons us to a deeper understanding of this lonely, often confusing time. How do we view dry seasons in a proper light? What does courageous faith require of us in times like these?

In spiritual formation, two things should be remembered regarding dry seasons. First, one seriously seeking God will almost certainly experience them. The Psalms, Job, Lamentations, and Habakkuk all contain laments and confirm that the life of faith is not for the weak of heart or for those who insist on a life of ease. Even the spiritual giants of the Christian faith have experienced dry seasons and have spoken about the challenges that come with them. We should not be surprised, then, if we encounter dry seasons ourselves. But still we ask, “What is going on?” It should not be lost on us how incredible it is that we have a heavenly Father who allows us to voice these questions. Also worthy of note, it is only when we are in a significant, meaningful relationship with God that we can notice a change in that relationship. It is only when we desire a close, growing relationship with God that we can feel what seems to be a cooling. Without relationship there would be no dry seasons.

The second point to remember is that the response to dry seasons is perseverance while trusting for the blessing in their midst. Oswald Chambers reminds us, “If you are going through a time of discouragement, there is a time of great personal growth ahead.” Yet, it is not uncommon for someone experiencing a dry season to give up on spiritual disciplines such as prayer, solitude, and reading of the Word. While this might seem a reasonable response to something that seems so unproductive, it is precisely the opposite of the perseverance expected by the Lord. If indeed as the Lord promises he will use dry seasons, to abandon spiritual disciplines in such times assures that any lesson the Lord is teaching will be missed.

The Example of the Life of Jeremiah the Prophet

The life of Jeremiah offers to lead us to a deeper understanding of what it means to have courageous faith during dry seasons. Jeremiah was born near Jerusalem, the son of a priest. He was called to be a prophet at an early age in the days of the decline of the Assyrian Empire under whose yoke Judah had existed for many years. His career spanned the reign of five kings of Judah. The decline of the Assyrian Empire and the recommitment of the people to God under King Josiah brought a time of hope for the future of the nation, but it was a hope that was to be short-lived. It seems that from early in his ministry, Jeremiah was convinced of a dire fate for his people. When faced with the rise of the Babylonian Empire, some of Judah’s leaders and false prophets proclaimed the certain survival of Judah as a nation based on the presence of Solomon’s temple in Jerusalem. They reasoned that the presence of Solomon’s temple was proof of God’s favor and nothing bad would be allowed to happen to them. Jeremiah, on the other hand, foresaw the capture of Judah, the destruction of Jerusalem, and the exile of its people to Babylon.

Jeremiah was called by God to be a prophet for this time, to call the people of Judah to trust God for their survival, not the symbolism of Solomon’s temple. In place of false hope, Jeremiah insisted that “authentic hope must bear the scars of disaster and embrace the harsh realities of the shattered world.” (Alice Camille, “Outward Signs,” U.S. Catholic [September 2000], 44.) In other words, authentic hope is not separated from the vicissitudes of life. It prevails through the good and the bad. Good points to always remember, but Jeremiah’s message was unwelcome and was received with agitation and resentment. When his prophecies did not immediately come true, people laughed at him and mocked him. They made fun of his warnings, persecuted him, and attempted to kill him. Even his family hoped for his downfall. But God had said, “I am with you to deliver you” (1:8). Based on the promises God had made to him, Jeremiah expected to be vindicated by divine justice on the wrongdoers. Instead, just the opposite seemed to be happening. Jeremiah felt abandoned, forsaken by the very one who called him. In this perceived abandonment, it was not that God was not speaking, but he was perceived as not helping as expected, not protecting, not keeping his promise. Jeremiah believed he had been forgotten by God, thus his plea, “remember me and visit me” (Jer. 15:15 NSRV).

Jeremiah’s complaint was that he had been a willing, joyful, and faithful servant of God, but what had his service gotten him? His confidence in God was shaken and his faith was hanging by a thread. Humiliated, Jeremiah wanted to quit, but could not; he cursed the day of his birth, but went on living. And in his weaknesses we also see strengths. Ostracized, excluded from the simplest joys of companionship, totally isolated, Jeremiah expressed his lament: “Why then does my suffering continue? Why is my wound so incurable? Your help seems as uncertain as a seasonal brook, like a spring that has gone dry” (Jer. 15:18). I want to say, “Wait a minute! This is Jeremiah saying this? This is one of the greatest, most courageous prophets of the Lord uttering these words?” In Jeremiah’s time, there were few things more important than a reliable source of water. This source had to be dependable. We can envision a weary traveler coming to a life-sustaining brook, or a shepherd guiding his thirsty flock to an oft-visited spring. How distressing, even life-threatening, if the source of water is found to have failed. But this is exactly what Jeremiah was expressing as what he felt was coming from the relationship in that moment.

Jeremiah’s lament was spiritual candor, and God was not shocked or outraged. In it we see and are comforted by a very human prophet, one plagued by a sense of inadequacy, moods of depression, doubt, and despair. But even in making the complaint, we find evidence of hope. Despite his anguish, Jeremiah still turned to God, remaining faithful to his call, and is a model for an honest relationship with God. Underneath his frustration and confusion, Jeremiah was a man of courageous faith, confidence, and, above all, prayer. This is highlighted dramatically when, in one of his depressed moments, he was nevertheless able to say, “O Lord, if you heal me, I will be truly healed; if you save me, I will be truly saved. My praises are for you alone!” (17:14).

Indeed, God was faithful to Jeremiah and to his people, but his faithfulness came in ways not expected. He did not bring an end to persecution and reproach, but the promise of strength to endure so that they could continue in God’s service despite the certain conflict that would be experienced for God’s sake. God, who is our only comfort, calls us to serve and, if necessary, to bear reproach for his sake. 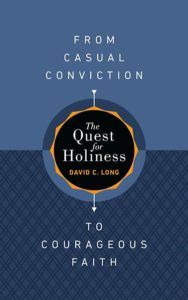 Are you interested in learning more about this topic? David Long wrote a book, The Quest for Holiness: From Casual Conviction to Courageous Faith. It’s a work that seeks to help individuals, small groups, and churches lay hold of an an ever-deepening, courageous faith that flows out of a deep trust in God. Get your copy from our store now.