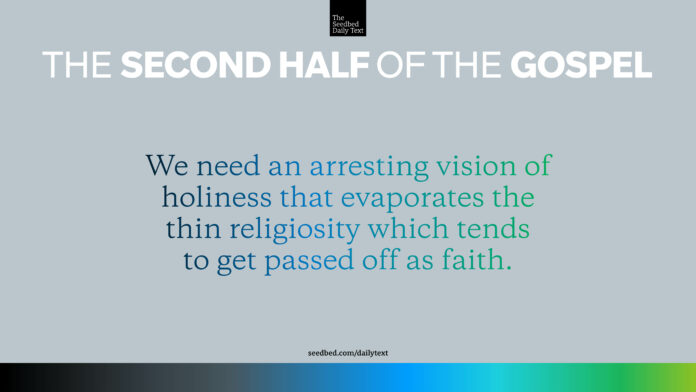 Now Moses was tending the flock of Jethro his father-in-law, the priest of Midian, and he led the flock to the far side of the wilderness and came to Horeb, the mountain of God. 2 There the angel of the Lord appeared to him in flames of fire from within a bush. Moses saw that though the bush was on fire it did not burn up. 3 So Moses thought, “I will go over and see this strange sight—why the bush does not burn up.”

Do you remember the story of the burning bush? It’s the story of the mighty man, Moses; only he wasn’t so mighty at this point in the story. His life began in Egypt, in a slave camp as a newborn under sentence of death. His parents hid him as long as they could, finally putting him in a tiny basket of reeds and floating him out on the Nile River where he was rescued by the daughter of none other than the King of Egypt. He grew up in the palace with every privilege and destined for high leadership in the land. One day he saw his own people being abused and he intervened with murderous force. He fled the country into exile. Forty years later he found himself on the backside of the desert in Midian, listlessly herding his Father-in-law’s sheep, . . . until that day.

As the story goes, a flaming bush caught his eye one day. Nothing out of the ordinary in a desert so hot you could fry an egg on a slab of cold marble. Something about this bush on this day caught Moses eye and made him do a double-take. The bush was burning but not burning up. On fire—not consumed. He went in for a closer look. As he neared the bush, something even more mind-blowing happened. The bush called his name, “Moses, Moses!” Only it was not the bush speaking, but God. Then this:

“Do not come near; take your sandals off your feet, for the place on which you are standing is holy ground.” 6 And he said, “I am the God of your father, the God of Abraham, the God of Isaac, and the God of Jacob.” And Moses hid his face, for he was afraid to look at God.

And now we are into it—beholding Moses beholding God. That’s the real burning bush here. Moses is on fire, but not consumed. This man the Bible describes as the meekest person who ever lived would go on to command Kings, part seas, and subdue armies with a shepherd’s staff, and lead millions into the promises of God. On fire—not consumed. This is the arresting vision of holiness that evaporates the thin religiosity which tends to get passed off as faith. This is the stuff of the second half of the gospel. Ordinary people on fire with an extraordinary flame, illuminated with the consuming light and love of Jesus and yet they remain unconsumed. On fire—not consumed. It is utterly inestimable what God can do with a human life completely yielded to him.

It reminds me of a story I once heard from the tradition known as the Desert Fathers:

Now Abbot Joseph listened closely to his student, and when Abbot Lot was done speaking Abbot Joseph got up out of his chair, and he reached his arms and his hands up into the air until he stretched out each of his ten fingers – and out of the tips of each of his fingers shot pure flame – ten burning candles there in the middle of the desert – and Abbot Joseph said to Abbot Lot – ‘Why not be completely changed into fire?’

Is it any wonder down through the ages the Holy Spirit is referred to as the “Flame of Love”?

Those who set their feet on the path of the second half of the gospel join this fellowship of the burning bush. It is audacious to make such a claim, until you realize the claim is not about you but God. Here’s our manifesto: “But we have this treasure in jars of clay, to show that the surpassing power belongs to God and not to us.”

That’s where this is headed. You still on board?

Heavenly Father, I want to yield my life to you completely. No, I don’t want to. I will do it. I yield my life completely to you. I want to be the strange site—the bush burning but not burning up. Let it be said by someone else concerning me, “I will go over and see this strange site.” I would be completely changed into the fire of your love. Not by power, nor by might, nor by my striving, but by your Spirit, let it be so Lord. In Jesus name, Amen.

What are you afraid of? What holds you back?