Icons: Sacred Art as a Way of Telling God’s Story

Icons: Sacred Art as a Way of Telling God’s Story 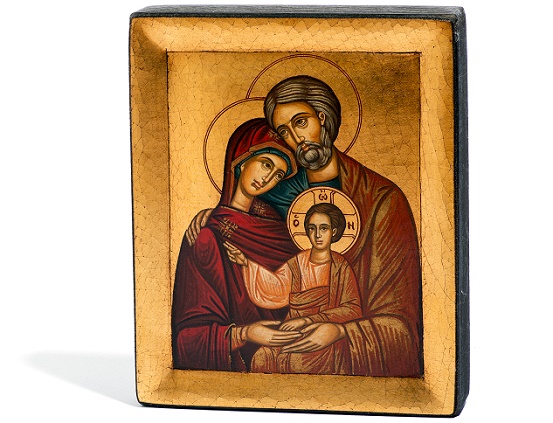 As artists and authors use their brushes and pens to form and fashion their masterpieces, so God has shaped the story in which we live. He is the great Artist who created by his Word and for his glory. Simply by speaking, He shaped land, sea, and every living thing, including men and women. Everything in creation bears His mark and workmanship, and He cares for it all and is continuously involved in His creation. God is aware of everything in His own creation, down to the smallest ant.

God, the author and artist of all living things, has created us in his Image and has given us the volition to create and procreate. Because of this command, art and creativity are essential to being human. In so many ways, art is a way to reconnect with the Creator of the Universe as we attempt to emulate (on a minute scale) his practice of creation.

Art as a Way of Telling God’s Story

Since the earliest of times, authors, poets, and artists have used their talents to depict God through specific talents. If you think about it, the Bible is composed mostly of narrative stories. In fact, these materials make up over half of scripture and they portray how God, the great Storyteller, is forming and shaping His grand narrative of redemption. The pages of scripture are replete with amazing tales about great men and women of faith God used to change the course of history and influence the world with the His Word. Understanding the nature of story helps us to see the true nature of the Bible by focusing on the message and meaning rather than focusing solely on historical facts. Story relates truths through painting a word-picture, drawing the reader into its pages.

In a similar way, art also tells a story. Art connects with the creative imagination within every one of us. Throughout history, the visual arts have been one of the many ways of telling God’s story. From early Christian art in the catacombs to modern stained glass windows, Christians have told God’s story through the arts.

A few years ago, I came across an ancient form of Christian art called iconography. The Eastern Orthodox Church has an ancient tradition of painting icons. Deriving their name from the Greek word eikonos, which represents a likeness, profile, or figurative resemblance of an image, icons are religious paintings of Jesus Christ or of various saints. In some cases, they also depict biblical scenes, parables, and images from the Bible.

Orthodox Christians believe that icons are windows into eternity and remind us of the mystery of the spiritual life that we have with Christ. In the same way an icon on your computer screen opens up a new window, icons are windows that remind us that we belong to the Kingdom of God. This is similar to the way the Celtic Christians used prayer and poetry to depict religious truths and to describe what they called “thin places.” Icons serve to teach and remind us of the spiritual life, because, in many ways, icons remind us that we belong to the story of God.

Icons have made such an impact on my spiritual life that I have begun painting them as an expression of my faith and as a form of prayer and contemplation. Interestingly, I am not alone. As you can see from my story, icons are not restricted to members of the Eastern Orthodox Church. I have found many churches across the United States that use icons and even offer icon-painting workshops to parishioners. In other words, icons belong to us all.

Now, you may be thinking to yourself, “What’s the point in using icons?” Here are 3 major points that illustrate how icons can serve to foster our relationships with the Great Artist.

1. They Help us Recover the Creative Imagination

In the past 100 years, we have learned how to fly, we have traveled to outer space, we have invented weapons of mass destruction, and we have witnessed the age of computer technology. In the midst of these rapid changes, we have lost our creativity. Icons can be powerful and prophetic reminders to stop, slow down, and to contemplate on the goodness of God and His creation. Painting and contemplating with icons can help us recover the lost creative imagination that is within each of us.

2. They Help us Pray and Worship

We don’t pray to icons; rather they help us enter into worship. Icons help aid our prayer by creating sacred spaces. According to John 4:23-24, “But the hour is coming, and is now here, when the true worshipers will worship the Father in spirit and truth, for the Father is seeking such people to worship Him. God is spirit, and those who worship Him must worship in spirit and truth.” God seeks people who will worship Him in Spirit and truth, but He only receives sincere worship that comes from a pure heart. Icons help create sacred spaces in our home, prayer closet, office, or churches that allow us to enter the presence of God without distraction and with pure intentions.

3. They Remind us that We Belong to the Church Universal

Icons remind us that we belong to the universal body of Christ. We are a part of the larger Christian family whose roots go back to the time of Christ. Too often, contemporary Christians forget that the church has existed with a rich history for 2,000 years, and icons remind us that we are not just independent contemporary Christians restricted to our own time. Through the help of icons, I have come to realize that I am part of the larger body of Christ whose roots began not with the Reformation or the evangelical movement, but with Jesus Christ.

Winfield Bevins is a first-time contributor to Soul Care Collective. Thanks, Winfield!

Icons: Sacred Art as a Way of Telling God's Story