If Your Faith Were a Game, How Would You Play It? - Seedbed
close
Menu 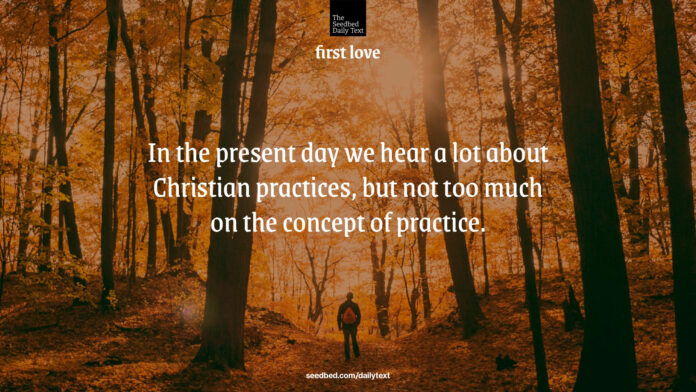 Not that I have already obtained all this, or have already arrived at my goal, but I press on to take hold of that for which Christ Jesus took hold of me. Brothers and sisters, I do not consider myself yet to have taken hold of it. But one thing I do: Forgetting what is behind and straining toward what is ahead, I press on toward the goal to win the prize for which God has called me heavenward in Christ Jesus.

What if we gamified our faith?

“But wait,” you say, “what is gamification?” Thanks for asking. According to Wikipedia, gamification is “the application of game-design elements and game principles in non-game contexts.” Fitness is an area brimming with gamification these days (e.g., Fitbit).

Paul often employs athletic metaphors to talk about faith, but I think it was more than just metaphor for Paul. He lived in the metaphor, and to that degree he gamified it. In addition to today’s text consider these examples:

“Similarly, anyone who competes as an athlete does not receive the victor’s crown except by competing according to the rules.” (2 Tim. 2:5)

“Therefore, since we are surrounded by such a great cloud of witnesses, let us throw off everything that hinders and the sin that so easily entangles. And let us run with perseverance the race marked out for us.” (Heb. 12:1)

See my point? Far more than an instructional metaphor for Paul, he lived out his faith through these lenses. He thought like a gamer, applying game principles in a non-game context. It was no longer about religious rule-keeping for Paul. It was about winning the race and claiming the prize. Paul was, as the saying goes, “in it to win it.”

Here’s the interesting thing about games: games require exacting skill and tremendous focus; at the same time, games create enormous contexts of grace. As the saying goes, “You win some. You lose some. And some get rained out.” With a game you can forget what is past and press on to the next contest. In fact, you must. As soon as you complete one challenge or win one game, there’s another one in front of you. With a gamer mentality you are always training for the next race or contest. And what’s the secret to becoming a champion? Practice, practice, practice, right?

In the present day I hear a lot about Christian practices, but not too much on the concept of practice. Maybe the reason why is we have lost sight of the next big game coming up.

Who is ready to play?

Abba Father, we thank you for your Son, Jesus, our great champion, who shows us what it looks like to be the ultimate winner through an apparent ultimate loss. Teach us that because of your win, we cannot lose. May your grace set us free to let go of the past and may your Spirit fill us with courage and power to press on and go for the win. That’s how we want to play it, Lord. We pray in Jesus’ name, amen.

© Seedbed 2021
If Your Faith Were a Game, How Would You Play It?
MORE STORIES