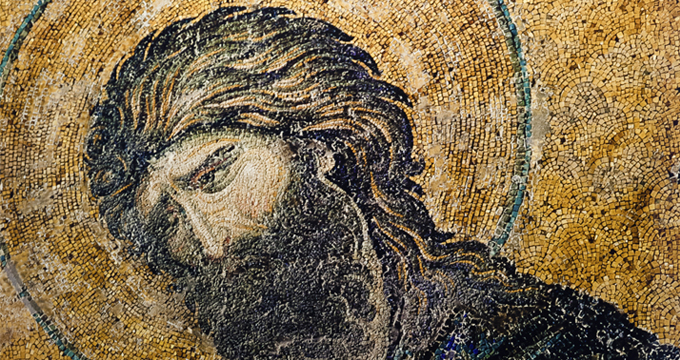 The “image of God” is not a topic exclusively reserved for theologians or pastors, claims Cole Bodkin in today’s article. Rather, it is intimately connected to our vocation on earth, and therefore relates to our mission for inviting others to become more fully human through Jesus Christ.

The imago dei (“image of God”) is not a topic exclusively reserved for theologians or pastors. In fact, all humanity has a vested interest in the imago dei, because all humanity was made “in the image of God”—both “male and female” (Gen 1:26). Every person is cut from the same cloth, and therefore we all share a commonality. What’s more, the imago dei is inextricably connected with the missio dei (“the mission of God”). Below are several features of the imago dei that I have found helpful in exploring of our God-given vocation.

Genesis 1—2 lays the foundational bedrock for any discussion regarding the imago dei. It is vitally important, however, to understand this topic within its literary and cultural context. As Ben Witherington III reinforced in every one of his classes, “A text without a context is just a pretext for whatever you want it to mean.” Fortunately, Seedbed has provided wonderful videos from experts who can guide us in approaching both Genesis 1 (John Walton; Sandra Richter Part 1 & Part 2) and Genesis 2 (Sandra Richter) against the backdrop of the Ancient Near East (John Walton).

Both Walton and Richter stress that Genesis 1—2 compares and contrasts with other ANE creation accounts. Walton highlights that YHWH has created his cosmic temple, taken up his residence (“rest”), and placed His image/idol (Hebrew, selem) in the center of its micro-cosmic representation (Eden). Richter underscores that God fashioned and animated his image (selem) in Genesis 2, instead of humans fashioning images/idols of their gods. The similarities and differences cannot be ignored (including the separate creation accounts), and thus help place us in a position to investigate humanity’s role within this overall framework.

What is a selem (idol/image) and what purpose might it serve in an ANE context? Walton defines a selem as “a representation in physical form, not a representation of the physical appearance. The image is a physical manifestation of divine (or royal) essence that bears the function of that which it represents; this gives the image-bearer the capacity to reflect the attributes and act on behalf of the one represented” (“Creation” in DOTP, p 161). The selem was often placed within a temple.

How do we see the selem functioning in Genesis 1—2? God commands his image-bearers to “subdue” and “fill” the earth (Gen 1:26-27). Also, Adam is to “till” and “keep” the garden (Gen 2:15). Surprisingly, in the Pentateuch these two latter verbs appear in tandem when describing the Levitical duties of ministering and guarding the sanctuary (Num 3:7-8; 8:26; 18:5-6). Therefore, Adam could be viewed as the primordial priest of God’s garden sanctuary. Recently, G.K. Beale has argued that humanity’s vocation as royal-priest(esse)s was to preserve order, holiness, and keep the garden Temple safe from any outside, unholy creatures. Finally, humanity’s commission was mobile—extending the boundaries of Eden and God’s loving presence to “fill” the whole planet.

Adam and Eve, however, didn’t do their job. Catastrophically, sin and death were infiltrated into God’s good creation, and the couple was exiled from Eden. Therefore, they and all subsequent image-bearers were cracked image-bearers—image-bearers nonetheless, but not in the fullest sense. Many narrating the story of Scripture will skip over the Old Testament, to proclaim the atoning sacrifice of Jesus, “the image of the invisible God” (Col 1:15), who thus restores the relationship between God and humanity. Bypassing the story of Israel, however, is an unfortunate diminution to the grand narrative, and thereby truncates the purpose of God calling and re-commissioning the Abrahamic family to be the means through which He would reclaim and restore his lost and broken world. We need to read and reread the Hebrew Scriptures to keep the bigger picture in mind.

The imago dei and missio dei begin with Adam, but they find their climax in Jesus. Jesus, like Adam, is identified in both royal and priestly terms. As the High Priestly Messiah, however, the second Adam (Rom 5; 1 Cor 15) was faultless and without sin (Heb 4:15). He paved the salvific path for humanity (John14:6), and trail-blazed The Way (Mark 8-10) to be truly human. Ultimately, Jesus is the perfect representation of “the image of God” (2 Cor 4:4), truly exemplifying Godliness and humanness.

With the advent, death, resurrection, and ascension of Jesus, God’s mission operation has already made major inroads towards the redemption of the cosmos, but it has not yet reached its completion. The inhabitants of the crucified Lord (Gal 2:20), who are being conformed to his image through the Holy Spirit (Rom 8:29; see also 1 Cor 15:49; 2 Cor 3:18; Col 3:10), are called to invite and challenge others to become more fully human (Matt 28) in anticipation of when the glory and loving presence of God shall encompass this whole planet (Isa 11:9). May this vision of image-bearers invigorate us all to live into the vocation of the imago dei.