In the Company of the Fathers: Irenaeus - Seedbed
close
Menu 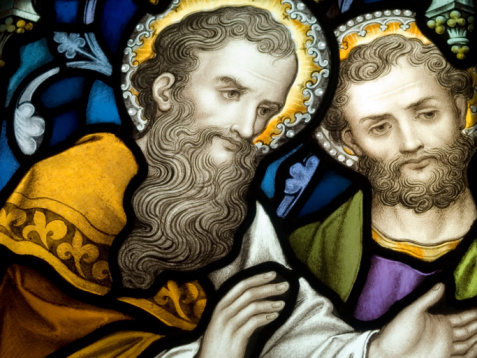 In the introduction to this series, I addressed the important contributions of Irenaeus of Lyons (c. 130 C.E. – 200 C.E.) to the hermeneutical process of reading Scripture through the Church’s regula. Before moving on to other company, some attention to the reading itself is warranted, particularly because it addresses one of the perennial problems that has plagued the Church through her history, namely, the relationship between the Old and New Testaments. This problem took its earliest and most acute form in the teachings of one Marcion of Pontus who maintained that the testaments had no relationship; that is, the loving God revealed by Jesus was completely different from the ignorant Creator God of the Jewish Scriptures.

To modern readers, this interpretation fails for many reasons, not least of which is the unity between Jesus’ work and the story of Israel assumed by every New Testament writer. Nevertheless, Marcion’s reading was highly effective in the second century because it answered an implied question not directly addressed by the latter figures writing in a context of Messianic expectation and fulfillment. The question Marcion’s interpretation forced to a later, predominantly Gentile generation is what in particular is new about Jesus’ work and revelation? Put differently, if Jesus simply initiates another covenant in a long line of covenants that evidently had failed, what is ultimately salvific about his revelation? Marcion’s answer is that Jesus reveals a new and previously unknown God who delivered people from the God of Israel. In response, Irenaeus had to demonstrate not simply the continuity of Jesus Christ with the story of Israel; Paul and the others had sufficiently shown that. What Irenaeus faced was the problem of demonstrating this continuity without negating the greatest possible newness, and hence efficacy, of Jesus’ work and revelation.

His answer, in a word, is the incarnation.

In one sense, the incarnation reveals nothing new. “The Word [who] became flesh,” John’s Gospel states, “was in the beginning with God” (John 1:14, 2). The glory that John beheld in the incarnate Son is precisely the Shekinah glory that covered Sinai and that indwelled the Holy of Holies. Accordingly, for Irenaeus, the Word had been seen prior to the incarnation. For instance, he observes that the Word spoke “with Abraham, another time with Noah while giving him the measurements, another time while asking after Adam, another time while inducing judgment on Sodom, and again when he is seen and directs Jacob on the journey” (Adv. Haer. 4.10.1). While this interpretation is not without precedent (e.g., Paul’s claim in 1 Cor 10:4 that Christ was the rock from which the wandering Israelites drank), Irenaeus uniquely develops it to demonstrate the nature of the divine work in salvation history as Triune.

For Irenaeus, the Word’s preexistence is not in itself significant (as one might take from Paul or John). Rather, the Word’s preexistence—revealed only in the incarnation—demonstrates the existence of an eternally Triune God who always works, always creates, and always saves not as a divine Monad, but as the Father through the Son and Spirit. Accordingly, any time one sees God active in salvation history, for example, the theophanic experiences of Israel, one necessarily sees the Word because God only works through, and reveals himself through, the Word. Thus, the incarnation is simply the continuation of the Triune God’s revelatory and salvific work with Israel and, therefore, can be understood only in that interpretive context.

In another sense, however, the incarnation is absolutely unprecedented. The Word who was “in the beginning with God,” John’s Gospel states, “became flesh and dwelt among us” (John 1:2, 14). The glory that John beheld in the incarnate Son had never before been seen in its fullness by human eyes because God had never before been fully united with humanity. Nevertheless, Irenaeus is able to resolve any contradiction of this newness with the continuity he has heretofore maintained by contrasting the nature of the Word seen by Israel to that of the Word seen in the incarnation. In the former instances, Irenaeus says, the Word is not seen physically, but prophetically, as “a pre-showing of those things which will be afterwards” (Haer. 4.20.5). In other words, God is not physically present in the theophanies. Conversely, in the incarnation the Word, and therefore the Father in the Word, is physically united to flesh and, therefore, fully present to humans for the first time since Eden.

This contrast is demonstrated by the figure of Moses who, when he asks to see God on Mt. Sinai, is shown God’s backside only, “for no man sees my face and lives” (Exod 33:20 as quoted in Haer. 4.20.9). Yet, when the Word is incarnate, Moses appears with him on Mt. Tabor where they converse face to face. Thus, there is continuity in the visions of the Word throughout salvation history, but they are not identical. The same Word is seen, but he is seen in different ways.

Only in the incarnation is the face of God seen.

Despite Irenaeus’ convincing reading, the problem raised by Marcion’s seductive interpretation still tempts the Church. It crops up every time someone speaks disparagingly of the “God of the Old Testament” or assumes a facile distinction between Law and Gospel. We hear it from the pulpit any time the Old Testament lections are ignored or prayer is spoken only to and in the name of Jesus. Irenaeus indeed shows us that the incarnation is a new revelation of God, but also that it is fundamentally misunderstood if its newness is not interpreted in profound continuity with the salvific work of the Creator, Covenant God of Israel.

© Seedbed 2021
In the Company of the Fathers: Irenaeus
MORE STORIES