The inductive Bible study movement began with the work of William Rainey Harper and especially the work of his student and associate, Wilbert Webster White. 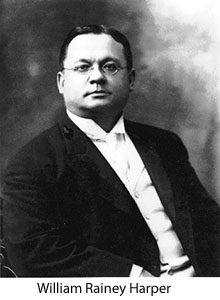 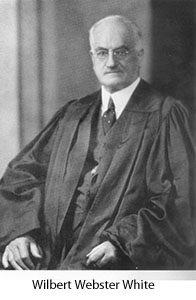 Wilbert Webster White was born in Wooster, Ohio, in 1863, into a pious Presbyterian family.  White graduated from the College of Wooster with distinction in 1883, and upon his graduation from Xenia Theological Seminary in 1885 he served pastorates in the United Presbyterian Church.

While a seminary student White took summer school classes at Morgan Park Theological Seminary, where he came under the instruction of William Rainey Harper, then a professor of Old Testament at Yale University and also the founding president of the University of Chicago.  Harper had graduated from Muskingham College in Ohio at the age of fourteen and earned his doctorate at Yale when he was only twenty.  Harper was most impressed with White’s intellectual gifts and persuaded him to leave the pastorate for the pursuit of doctoral studies in Semitic languages at Yale University, with a view toward his eventually becoming a professor of Old Testament.

Through a number of influences at Yale White became interested in exploring the process of learning, that is, educational method.  Later, White and the seminary he founded would develop a fruitful conversation with the great teacher and educational theorist from New York University, Herman Harrell Horne.  During this period, too, White became convinced of the significance of relationships; he came to see that the key to understanding anything is to consider its major components and the ways in which these components relate to one another.  Later, White would require his students to read John Ruskin’s classic Essay on Composition, where Ruskin presents a taxonomy of relationships found in nature and in all forms of art; and he would require his students to analyze biblical books and passages according to certain “laws” or patterns of relationships.

White also appreciated Harper’s insistence that, generally speaking, the emphasis should be upon the study of the Bible in the student’s own language; for Harper recognized that people think in their native language and that consequently students should be saturated with the Bible in their own tongue.  Indeed, Harper and White believed that the excitement that comes from the study of the Bible in the vernacular would lead many students to pursue enthusiastically the original languages.  Thus, as White was struggling with Harper’s presentation of higher-critical views he also encountered through Harper “the method of the study of the Bible by books in the mother tongue,” as he would later put it.  Harper suggested that the study of the English Bible (for English-speaking students) should constitute one-half of the seminary curriculum.  In a survey Harper conducted in 1886-1887 he found that 888 of 1000 pastors said that the greatest lack in their seminary training was in the English Bible.

In his classes Harper combined detailed critical study of minute points with the synthetic (that is, holistic) study of whole biblical books or groups of books in the mother tongue.  Moreover, Harper balanced a deductive approach that presented scholarly opinions to the student so as to impose these upon the text with an inductive approach that involved students immersing themselves in the observation of the text with a view towards drawing their own conclusions regarding its meaning.

Upon earning his Ph.D. in Semitics from Yale University White joined the faculty of Xenia Seminary.  But White had been profoundly influenced by Harper; and he consequently felt constrained by the stilted, doctrinaire character of this traditional “old-line” denominational seminary.  At Xenia a deductive approach was practiced, in which students were spoon-fed information and told what to think over against an inductive approach that would give students the resources and encouragement to discover truth, and especially biblical truth, for themselves.  Later, White and other professors at the seminary White founded would require students to read The Student, the Fish, and Agassiz, by Samuel H. Scudder (reproduced below), which described how the great naturalist, Louis Agassiz, facilitated students’ learning through the primacy of direct observation.  While teaching at Xenia White continued Harper’s practice of giving over a portion of his instruction in courses in Hebrew and Old Testament literature to the study of larger swaths of the English Bible.  During his years of teaching at Xenia, White was also exposed to Andrew Murray’s book, With Christ in the School of Prayer.  Out of that encounter White experienced a deeper level of spiritual intimacy with Christ.  White became convinced that seminary education must not only center on the study of the Bible, but that it must also facilitate authentic spiritual formation.

White’s disillusionment with traditional seminary education such as he experienced at Xenia led him to leave Xenia to accept an invitation from Dwight Moody to teach at Moody’s recently inaugurated Bible college in Chicago.  There White came to appreciate the value of an interdenominational learning environment.  But White chafed under what he considered to be a lack of intellectual rigor and a superficial spirituality.  He became convinced that a great need existed for a new type of seminary, one that would serve as an alternative to the traditional seminary in that it would offer curricular coherence around the centrality of an inductive study of the Bible, and an alternative also to the Bible colleges which, at least at that time, were characterized by obscurantism and academic weakness.

It was during this period that his brother, J. Campbell White, on behalf of the International Committee of the YMCA, invited Wilbert W. White to go with him to work among college students in Calcutta, India. There White became convinced of the need, also in India, for knowledge of the Bible and for right method to study and teach it.  White taught at United Presbyterian mission stations in India; and he held fourteen conventions attended by missionaries and college students from all over India.  Missionaries and Indian students alike expressed the need for an emphasis on the direct study of the Bible and a method that would make such study fruitful.

On his return trip White stopped in England, where he presented Bible studies in the YWCA in London.  When he came back to England the next year (1899) he taught over 12,000 people in his ten-week Bible studies in London.  He returned for a third series of meetings in March, 1900, when he gave studies in England, Northern Ireland, and Scotland.  At this time White presented a plan to Lord Overtoun for a school modeled on the Teacher’s College at Columbia University, but with a Bible-centered curriculum.  Overtoun gave White 500 pounds to establish such a school in America, with the hope that White would establish a similar school in London.  The hope of a London school was never realized.  But the American school would become The Biblical Seminary in New York.

The Biblical Seminary in New York 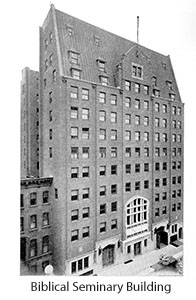 The purpose of the school was “to make the study of the Bible in the mother tongue the organizing, dominating element in a school of preparation for Christian leadership.” It was established out of the conviction “that the ministry must be a bibliocracy, that it must know its Bible better than any other book” (C. R. Eberhardt, The Bible in the Making of Ministers, [New York: Association, 1949], 76; Eberhardt’s book is the most authoritative account of the work of W. W. White and the beginnings of the inductive Bible study movement).  The school would chart a course avoiding the fundamentalism of inerrancy and the fundamentalism of higher-critical dogma.  The school was to emphasize that the scripture itself must be allowed to establish its own criteria both as to its interpretation and its authority.  The seminary reflected the emphases of Wilbert W. White: (1) a biblio-centric curriculum around the inductive study of the Bible in the vernacular; (2) concern for effective educational principles and practices to facilitate the student’s own learning; (3) commitment to the devotional life of prayer toward spiritual maturity; (4) a cosmopolitan, global perspective; and (5) commitment to evangelical Christianity and especially the authority of the scriptures.

The Biblical Seminary in New York flourished under the presidency of Wilbert W. White, who died in 1944, and his immediate successors.  Inductive biblical study was developed and enhanced there through such teachers as Howard Tillman Kuist 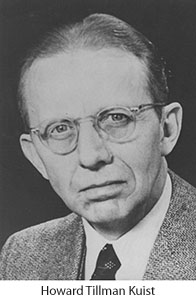 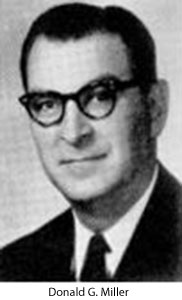 and Robert A. Traina (pictured on Who Are We? page), who developed the relationship between inductive Bible study and traditional exegesis and became Dean and Vice President for Academic Affairs and the F.M. and Ada Thompson Professor of English Bible at Asbury Theological Seminary.

Several significant Christian leaders were to graduate from The Biblical Seminary, including the noted Christian philosopher Jerry Gill, Pat Robertson, and Eugene Peterson.  The inductive approach has influenced many scholars of global recognition, including Brevard Childs (a student of Kuist at Princeton), James Luther Mays and Patrick D. Miller, Jr. (students of Miller at Union), and William J. Abraham (a student of Traina at Asbury).  The inductive approach has also become central in the teaching of organizations such as InterVarsity Christian Fellowship and Youth With a Mission. Perhaps the center of serious work in inductive Bible study today is Asbury Theological Seminary, which has a department of Inductive Bible Study in which are housed six full-time faculty.

We include below some significant documents pertaining to the history of inductive Bible study: (1) Ruskin’s Essay on Composition; (2) The Student, the fish and Agassiz, by Samuel H. Scudder; (3) the 1949-50 Catalogue of The Biblical Seminary in New York (Catalogue of the Biblical Seminary in New York); and (4) several small books by Wilbert Webster White. Ten Studies in Paul’s Letter to the Philippians; Manual on the Highway to Mastery; The Divine Library–Its use and abuse.   Another book by White, Studies in the Gospel of John, is available by clicking: Studies in the Gospel

Lectures on Book of Hebrews