Into the Wild with Bruce Jenner - Seedbed
close
Menu 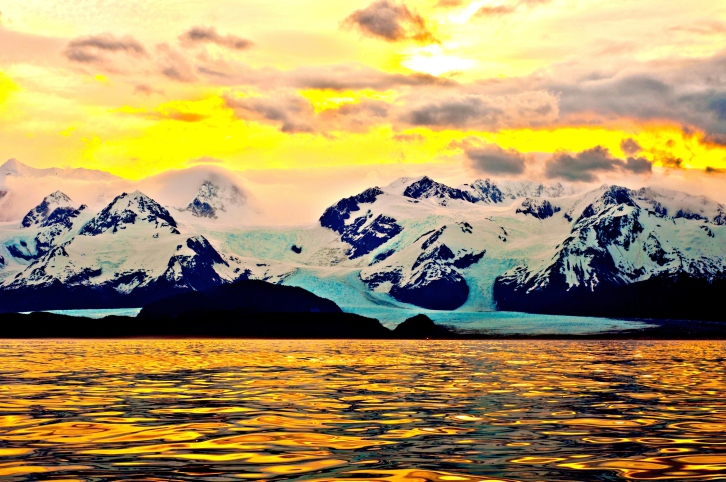 “Call me Caitlyn” has been impossible to miss, but about the same time this headline began to blanket newsstands and smartphones, I again happened upon the instructive story of another man trying to escape the circumstances of his birth. It had been years since I saw Into the Wild—the critically acclaimed 2007 film based on Jon Krakauer’s 1996 bestseller—before it recently caught my eye at the local library. A story of rebellion and revelation, the cinematic climax centers on a phrase from Doctor Zhivago: “to call each thing by its right name.”

In case you’ve forgotten the basics, our young protagonist, the product of an adulterous affair turned bigamous and abusive if financially successful marriage, graduates from college and then casts off his name and the trappings of affluence. He roams the country as Alexander Supertramp, finally coming to the last frontier of Alaska where he can be alone with his thoughts and his books.

In the backcountry, Alex finds that calling things by their wrong name can have deadly consequences. The wild berries he misidentifies as edible instead are a poison. In his agony, Supertramp comes to see that the self-centered freedom he has long sought is a trap. A young man who has spurned lasting relationships for two years on the road now writes in the pages of his paperback Russian novel, “Happiness only real when shared.” Like the prodigal son in a far country’s hog pen, he has come to himself, but his physical condition and the great river that he has crossed in his quest for isolation mean that he can only set off for home in his heart. His final farewell is a sign that reads, “I have had a happy life and thank the Lord. Goodbye and may God bless all!” Vagabond no more, his valedictory is signed “Christopher Johnson McCandless.” He again is called by his right name.

Chris McCandless was a real person who lived and died in Alaska in 1992, but the movie is probably more “based on” than “true story,” a bit like the “reality” TV shows in which Bruce Jenner has appeared and will appear again. Jenner the person and celebrity has gone from adorning a box of Wheaties as the world’s greatest athlete to becoming the face of transgenderism for Vanity Fair. The challenge for orthodox Christians, rightly frustrated with the culturally self-destructive laurels being placed upon him, is to see in him (and anyone seeking a false liberation though whatever means) not a freak but the still-present image of God.

While the media caricatures of the self-righteous and condemning preacher are often exaggerated, undoubtedly there have been times when the public faces of Christianity—a bit like the brutal railroad enforcer that Supertramp encounters in a boxcar—have attempted to beat sense back into a culture headed the wrong way. Demonization and dehumanization, however, do not mesh well with Christ’s call to “do good to those who hate you” and Paul’s instruction: “Do not be overcome by evil, but overcome evil with good.” Better is the approach of Ron Franz, a retired widower and devout Catholic beautifully portrayed by Hal Holbrook in an Oscar nominated performance.

Finding the scruffy Supertramp filling a water bottle at a gas station, Franz offers hospitality to one that many would pass by. Something approaching a grandfather to grandson relationship ensues and this familial love gives added weight to Ron’s pleas that Alex extend forgiveness to his real family rather than run from his past. Franz, who himself has known deep pain, made great mistakes, and found salvation can still see some of himself in this wandering and wounded soul. Alex has something to offer Ron as well, inspiring the elder to re-engage with the world beyond the comfortable confines of his home, church, and workshop.

Like the character Supertramp, who is a healing balm to others even as he guards his own scars, and Sean Penn, perhaps Hollywood’s most outspoken liberal and yet the real life creative force behind one of the most gospel-filled films in years, people can still present things of great value even from positions of profound brokenness. That’s good news for us very imperfect people. Jenner is still capable of such contributions, and they should be acknowledged when they occur. Such openness does not, however, mean that we join in a fawning media frenzy that, as in the days of Isaiah, puts “bitter for sweet and sweet for bitter.”

Many agree with Vanity Fair that Jenner has found his true self, and many others are too confused or cowed to say much of anything. Like Mr. Franz whose love was both tough and tender, those who follow Christ should instead communicate clearly that Jenner is lost but loved. Emulating this model of principled grace in a sexually dysfunctional society where any answer but adoring affirmation is greeted with cries of bigotry is difficult. But like the headstrong Supertramp, who initially ignored the good advice he was given, such expressions of truth seeded in love may still produce fruit later.

Much like Chris McCandless at the adrenaline filled heights of his adventure, our society now glories in its individualistic rebelliousness and is pushing away the wisdom of elders and traditional attachments like the biologically based family, confident that this trek into the unknown will bring an unmatched personal fulfillment. How believers respond to the new morality’s celebrity trailblazers and their far from famous followers will go a long way towards determining whether our culture can come to its senses before an unintended suicide is complete. As for the man who now wishes to be known as Caitlyn, most of us will not have the chance to interact with him directly, but we can at least pray and speak of him with kindness rather than derision. Hopefully, one day William Bruce Jenner will be called by his right name again.

© Seedbed 2021
Into the Wild with Bruce Jenner
MORE STORIES