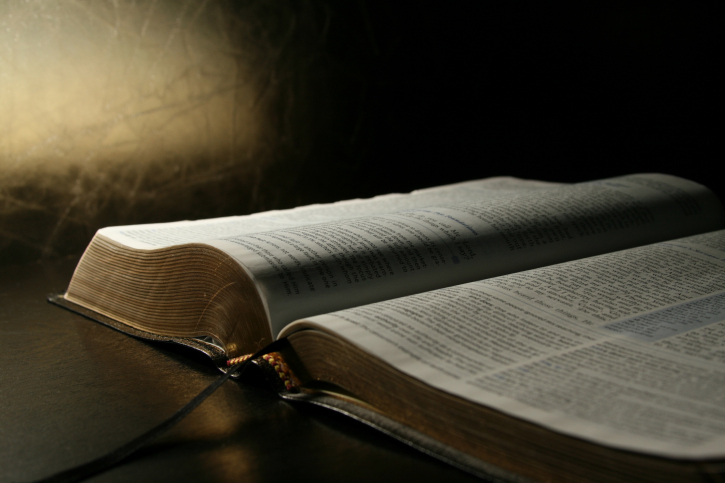 Seedbed is set to launch a new blog called Inductive Bible Study, with rich content to feast on. Here is an article introducing the development of the method especially at Asbury Theological Seminary and testimonies from Bible scholars on appropriating this tradition of interpretation. Watch for the blog coming soon.

Harper and White were dismayed that biblical instruction in theological seminaries focused on books about the Bible rather than the study of the biblical text itself. They were troubled also by the almost exclusive dominance of historical-critical study of the Bible in theological seminaries, for this resulted in the erosion of confidence in the authority of the Bible as the basis for the Church’s theology and life.

In response, Harper and White insisted that biblical instruction should focus on the first-hand study of the biblical text itself, and that students engage issues of biblical background and criticism within a broad program that gives priority, both in sequence and emphasis, to the serious study of the biblical text. Harper and White were convinced that as students experienced the powerful life-transforming message of the Bible through this direct approach they would encounter and embrace the dynamic authority of the Bible. Thus, the authority of the Bible is self-authenticating; the biblical text, properly studied, confronts readers with the astounding reality of the Word of God, which lovingly demands submission.

The inductive study of the Bible has spread throughout the world. It has influenced several scholars of global reputation. It has been part of biblical instruction in hundreds of seminaries and universities around the world. But today inductive Bible study is associated especially with Asbury Theological Seminary. In fact, Asbury Seminary may be considered the world center of inductive biblical study.

But perhaps the most significant development in inductive biblical study at Asbury Seminary was the appointment of Dr. Robert A. Traina as Professor of Biblical Studies in 1966. Traina was a graduate of The Biblical Seminary in New York and had served on the faculty of that institution for 20 years before coming to the Seminary. Moreover, in 1952 he had published Methodical Bible Study, the most authoritative work on inductive Bible study to be produced up to that point. Traina did much to relate inductive Bible study to mainstream exegesis and to biblical theology. He was a brilliant thinker, a skilled interpreter, and superior teacher who combined intellectual rigor with spiritual power.

One of Traina’s students at The Biblical Seminary was Eugene Peterson. In his recent book, The Pastor (HarperOne, 2012), Peterson writes:

“A few days after arriving at the Seminary, I found myself sitting in a classroom led by a professor, Robert Traina, who over the next three years would profoundly change the Bible for me, and me along with it, in ways that gave shape to everything I have been doing for the rest of my life. This is not an exaggeration… It took only three or four weeks in Professor Traina’s classroom to become aware of the seismic change beginning to take place in me regarding the Bible… The experience was not merely academic. The passion and patience that permeated that classroom instilled in me an inductive imagination: fiercely attentive to everything that is there and only what is there, alert to relationships both literary and personal, habitually aware of context—the entire world of creation and salvation that is being revealed in the Bible. And always accompanied by the insistence that I do it firsthand, not first filtered through the hearsay of others or the findings of experts.”

“For half a century, Robert Traina’s method of inductive Bible study has taught students the most important critical-thinking skill of all: how to read! His method trains people to attend closely to what is in a text and what is not in a text, to follow a text’s argument, and to map its narrative flow. Now David Bauer adds to the collaborative mix his own formidable strengths as an experienced teacher of inductive Bible study and as an internationally recognized biblical scholar. Together they present a finely honed guide to the process of observation, interpretation, and appropriation, enhanced with examples of how to execute each step and with helpful discussions about both the place of their approach in the landscape of contemporary hermeneutical debates and the connections between critical approaches and their inductive method. This volume lays an essential foundation for critical analysis and careful exegesis.”

This article originally appeared in the Summer 2011 issue of the Asbury Herald. Used with permission.