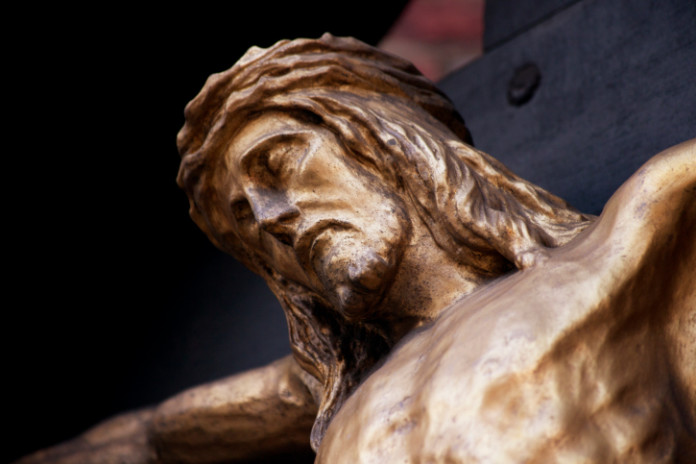 Four other times in Scripture we find this phrase or fact of finality.

It Is Finished: Creation

Creation was finished, but of course in another sense it was just beginning. Now we read of “seed,” generations, multiplying life, exploding fruitfulness.

It Is Finished: Tabernacle

Moses “set up the court around the tabernacle and the altar, and put up the screen at the gate of the court. So Moses finished the work” (Ex. 40:33).

For Moses was “faithful in all God’s house as a servant, to testify to the things that would be spoken later” (Heb. 3:5). The tabernacle was finished, according to the pattern Moses was shown on the mountain.

But of course this was just the beginning of a new chapter: God’s liberated people being formed into a holy redemptive people in the wilderness so God could get on with fulfilling his covenant promises.

It Is Finished: Temple

This ending was of course a beginning. The kingdom of God was now established on earth (or so it seemed). The people of God had a place and form for worshipping God authentically, faithfully, shapingly.

We know all that quickly went wrong, and we note that immediately God’s prophets begin to speak of a much greater king and kingdom to come.

And so it was. In perfect, remarkable fulfillment of all the Old Testament promises, God himself became king in Jesus Christ.

On the cross God’s atoning work was done. Jesus hour had come. So Jesus gasped, or rather shouted, his last: “It is finished!” Atonement finished, yes; but a new chapter and history is beginning.

It Is Finished: New Creation

Nearly at the end of the Bible in the great capstone book of Revelation Jesus shouts:  “It is done! I am the Alpha and the Omega, the beginning and the end. To the thirsty I will give water as a gift from the spring of the water of life” (Rev. 21:6).

Jesus is not only the end but also the beginning. In how many senses and dimension, we don’t fully know.

The water is flowing; the river is surging.

Today we live between the “It is finished!” of the cross and “It is done!” of creation healed. By the Spirit we live out the atonement as Jesus’ discipling body in the world.

It seems that with the Lord God, Holy Trinity, every ending is a beginning.

There is no end to what God together with his willing, loving creatures can do in the continuously unfolding glory of God’s creative design and history.

Charles Wesley famously wrote: “Love’s redeeming work is done!” But—yes and no. Jesus finished his atoning work on the cross; he has not yet finished his redeeming work. The Holy Spirit, the Spirit of Jesus, is still at work in the world. Jesus is still working to bring the kingdom of God in fulness, the New Creation, all creation healed, in which God’s will is done perfectly on earth as, echoing and reverberating and uniting, it is in heaven.