Key Observation: While human ancestry matters, what matters more is being born of God.

Without question, the genealogy in Matthew 1 is one of the strangest genealogies you’ll encounter. First, this is Joseph’s genealogy rather than Mary’s. Yet, Joseph had exactly nothing to do with the conception of Jesus—he was conceived by the Holy Spirit. So why do we have Joseph’s genealogy here, and how is it that Jesus is a “son of David”? The answer comes from studying the historical context. In early Judaism, if a Jewish man adopted a child, he was not only entitled to whatever inheritance his father left him in a will, he was entitled to claim his stepfather’s ancestry too!

Second, this is a male genealogy, but there are some women included! This was unusual in an ancient patriarchal culture. These women all had irregularities in their story, to say the least. Tamar, the wife of Judah, was actually a Canaanite. Rahab was a woman who ran a bordello in Jericho and was also not a Hebrew. Ruth, like Rahab, was non-Jewish—she was a Moabitess who became the wife of Boaz. Uriah’s wife (a.k.a. Bathsheba) was only David’s wife through an act of adultery, and she had previously been married to a Hittite. What these women all share in common are irregular unions with Jewish men. Had our writer wanted to emphasize miraculous conceptions, he might have mentioned Sarah, Rebekah, and Rachel, but he did not. I suspect that our author includes these women in the genealogy to indicate something about the irregular or out-of-the-ordinary ways God fulfills his mission. If God can use even these women and these means to create the lineage of the Jewish Messiah, then the divine irregularity in Mary’s life in regard to the conception of Jesus shouldn’t come as a total shock. What might seem scandalous from a pious human point of view was not scandalous from God’s point of view.

Third, the genealogy is incomplete. In other words, it leaves not only individual names out, as a careful study of Old Testament genealogies would show, but whole generations, especially toward the latter part of the genealogy. As it turns out, this genealogy is not like the kind you might come up with by consulting www.ancestry.com. In fact, especially with royal genealogies, it was not unusual to schematize the whole of it, and leave out some of the less honorable skeletons in the closet. Matthew does not so much do that (otherwise, why mention Rahab?) as he is keen to make clear that Jesus is the seventh son of the seventh son of King David. Seven, in early Jewish ways of thinking, was the number of perfection, and so the whole point of the form of the genealogy was to make clear that Jesus was the perfect king, the perfect heir of King David, the true and genuine Messiah. While this sort of selective and scandalous genealogy might seem odd to us, it would convincingly make the theological points Matthew wants to make with his Jewish Christian audience.

Matthew cites Isaiah 7:14 in order to indicate that this divine irregularity was part of God’s plan, but we need to understand that early Jews did not read Isaiah 7:14 as a reference to a miraculous conception in a virgin’s womb. The Hebrew simply says, “a young nubile woman of marriageable age will conceive.” The Greek translation of that verse, however, uses the word parthenos (“virgin”), which places special emphasis on the woman’s virginity, something which is only implied by the Hebrew. My point is that it is not that prophecy that led to the making up of a fictitious story about a virginal conception. No, it was the actual shocking event in Mary’s life, the unexpected miracle, that led later Christian writers like Matthew to search the Scriptures to see if such a thing had been foretold.

Matthew 1:25 reports that Joseph did not know her until after she conceived and gave birth to Jesus. This implies that he went on to have normal sexual relationships with Mary thereafter, and thus explains later references to Jesus’ brothers and sisters. Since the miracle occurred at conception and not at Jesus’ birth, we should speak of the virginal conception, not the virgin birth.

Joseph named the child “Jesus,” which means “Yahweh saves.” In that culture, names were meant to connote something about the nature or origins of the person. This raises the expectation of Jesus’ identity as we begin his story. 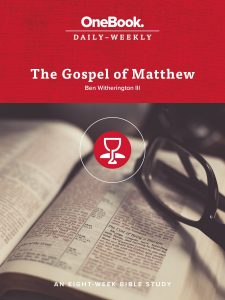