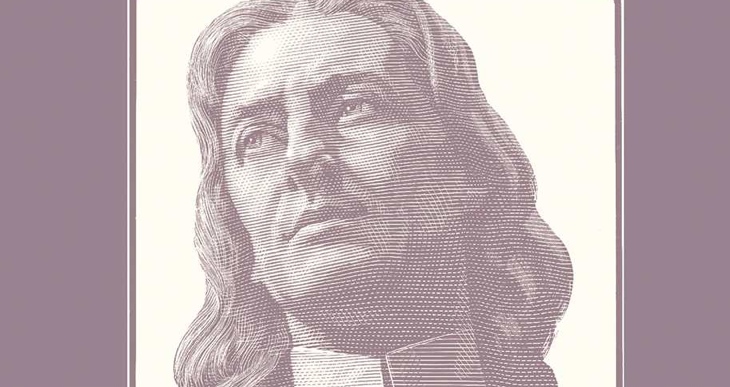 What John Wesley thought about the Trinity was wonderfully predictable. By that I mean that anyone familiar with the way Wesley’s mind worked can readily predict the character of his trinitarianism. Since his overall cast of thought was to be aligned with classic Christian doctrine, centered on the gospel, and intensely interested in spiritual experience and spiritual progress, his trinitarianism likewise exhibits these traits.

The English Church of the eighteenth century had its share of ordained heterodoxy in the pulpit and confusion in the pews. Educated clergy flirted from time to time with vigorous forms of anti-trinitarianism. There were alternatives to orthodoxy, in other words, but Wesley routinely chose to stand with the great doctrinal consensus and affirm the doctrine of the Trinity. “Even at his most ‘catholic spirited,’” Geoffrey Wainwright has written, “he refused his hand to Arians, Socinians, and Deists, for their heart was not right with his heart.” Wesley may have preached only one sermon devoted to the doctrine, (Sermon 55, “On the Trinity”), but he scatters allusions to trinitarian theology throughout his preaching. And in the Trinity sermon, Wesley asserts that this doctrine “enters into the very heart of Christianity: It lies at the heart of all vital religion.” View more of John Wesley’s sermons.

Focused on the Gospel

Wesleyan trinitarianism is, above all, gospel trinitarianism. The essence of salvation, according to Wesley, is “the happy and holy communion which the faithful have with the Father, Son, and Holy Ghost” (Sermon 77, “Spiritual Worship”). This is not generic communion with God, or generalized happiness of the “whatever makes you happy” type. The happiness that Wesley identified with salvation requires the good news of what the eternally triune God has done to bring us into fellowship with all three persons. “As soon as the Father of spirits reveals his Son in our hearts, and the Son reveals his Father, the love of God is shed abroad in our hearts; then, and not till then, are we happy” (Sermon 114, “On the Unity of the Divine Being”).

When Wesley said that the doctrine of the Trinity “lies at the heart of all vital religion,” he was pointing to the trinitarian reality that underlies the faith. All Christians have an experience of the Father, Son, and Holy Spirit, simply by virtue of hearing the gospel and responding with faith. This engagement with the reality of the Trinity happens whether we are conscious of it or not, and Wesley’s preaching always reposed on that objective reality of God’s triune reality. The ordinary Christian experience is an engagement with the triune reality in the gospel, which may take place without any special consciousness of distinct fellowship with each of the three persons.

On the other hand, Wesley characteristically emphasized the value of having a conscious and informed experience of the spiritual realities of the faith. And he believed that it was possible for Christians to have a clear and distinct experience of the Father, the Son, and the Holy Spirit. Wesley’s imagination on this topic was captured by the words of Gaston De Renty (1611-1649), Roman Catholic mystic who wrote, “I have generally within me an experimental realization and a plenitude of the presence of the most Holy Trinity.” Wesley frequently quoted the following passage from De Renty:

All things are blotted out of my mind as soon as they are done; nothing remains except God, by a naked faith, which, causing me to abandon myself to our Lord Jesus Christ, imparts to me much strength and great confidence in the Divine Trinity, because the operation of the Three Divine Persons is distinctly shown to me therein: the love of the Father, who reconciles us through His Son, and the Father and the Son, who give us life by the Holy Spirit, who causes us to live in communion with Jesus Christ, which communion effects in us a marvelous alliance with the most Holy Trinity, and at times produces in hearts sentiments which are inexplicable.

Spiritual Progress and a Higher Experience

Wesley was careful to maintain that all Christians knew and had communion with the triune God in the gospel: “The knowledge of the Three-One God is interwoven with all true Christian faith; with all vital religion.” And he did not think that every believer would necessarily rise to the level of the mystic’s experience: “I do not say that every real Christian can say with the Marquis de Renty, ‘I bear about with me continually an experimental verity, and a plenitude of the presence of the ever-blessed Trinity.’”  This is the language of a higher attainment, of one who has entered into an experience that gives greater enjoyment and understanding of what has always been the case. In Wesley’s own words, “I apprehend this is not the experience of babes, but, rather, ‘fathers in Christ.’” All Christians experience the Trinity, but Wesley hoped that spiritually mature Christians might have a clear understanding of what they were experiencing.

In fact, Wesley remained alert and on the lookout among his own people for such spiritual experiences as De Renty had reported. By 1788, Wesley reported to a friend that he had interviewed a handful of Methodists who had been granted some sort of experiential grasp of “the ever-blessed Trinity.” “I have as yet found but a few instances,” he wrote, “so that this is not, as I was at first apt to suppose, the common privilege of all that are ‘perfect in love.’”

One of the Methodists in particular, a holy woman nicknamed “Praying Nanny” drew Wesley’s attention because of a sort of vision she experienced. She apprehended the three persons distinctly, and recorded her experience in these words: “I have union with the Trinity thus: I see the Son through the Spirit, I find the Father through the Son, and God is my all in all.”

Wesley paid attention to reports like this, of visions and encounters among the early Methodists. As a movement that was constantly accused of “enthusiasm” by the main stream of eighteenth century religious, Wesley and his people had to be cautious. Visions and revelations are exotic, and Wesley knew from hard experience that claims of special visitations and inspirations had to be handled with great care. Nevertheless, he remained eager to hear of what God could do among his people, and so he gathered these stories and pondered them.

Having learned some hard lessons by 1790, Wesley wrote to Nanny,

My dear Sister: There is something in the dealings of God with your soul which is out of the common way. But I have known several whom He has been pleased to lead exactly in the same way, and particularly in manifesting to them distinctly the three Persons of the ever-blessed Trinity. You may tell all your experience to me at any time; but you will need to be cautious in speaking to others, for they would not understand what you say. Go in the name of God and the power of His might.

Peculiar as these more explicitly trinitarian experiences were, they were, for Wesley, simply more concrete signs and manifestations of a spiritual reality that was the common property of every believer: salvation as coming into communion with the Father, Son, and Spirit. Characteristically, Wesley refused to let unusual experiences draw attention away from the main and central truths of the gospel. Instead he treated them as glimpses into the foundational truth of the trinitarian character of salvation itself.

If you are interested in reading more on John Wesley and the trinity, see chapter 10 of Fred Sanders’ book Wesley on the Christian Life: The Heart Renewed in Love (Crossway, 2013).

Do you know all of John Wesley’s 25 articles?