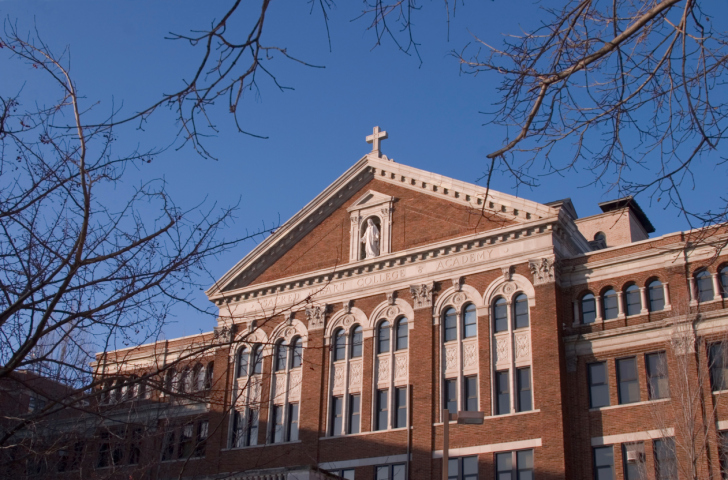 When I was a sophomore in high school, I began to sense God’s calling to teach Scripture. When I was a junior in high school, I was introduced to the Hebrew language.  I was hooked, and was drawn to the Old Testament.  Because of slowly  and deliberately examining the original language, I began to read scripture more carefully.  Upon graduating and sensing God’s call to a teaching ministry, I moved to Wilmore to study Bible and Theology at Asbury University.

I got to Asbury University and took as many Hebrew and Old Testament courses as I could.  Thrust into a new environment, I began to notice subtle changes in me and my character.  No longer did I accept the faith of my parents as unquestionably true.  I began to question the nature of Scripture itself.  At this point in my life, to me the concept of daily devotions with God became something of a fad; though my friends mentioned it only in passing, it seemed as though for some folks reading Scripture and prayer was becoming less like personal devotional time and more of a routine meant to keep up appearances.  Of course, I had no way of truly knowing this.

As I look back, it was at this point that I began to develop a spirit of skepticism.

Fast-forward 4 years.  Rightly understood, seminary ought to be viewed as a time of personal, spiritual discovery as well as growth in knowledge of God and his word.  I, however, was only focused on finishing the haul and moving towards completing my education.  Moreover, studying the Scriptures was now more intense; most of my work in biblical studies involved the original languages.  I was less concerned with growing in knowledge of God and more concerned with perfecting the science of exegesis.  I continued further in my Hebrew studies.  This was an area in which I excelled—one of few, in fact.  A spark of pride had formed, and after a while, this spark began to catch fire. I was proud of my new skills.

Seminary should be a time of spiritual and personal growth.  For me, it was not the spirit of holiness which grew, but that of skepticism.  Without a solid grounding in one’s faith, constantly analyzing and closely examining the Scriptures contributed to this spirit of skepticism.

Around my third year of seminary, that began to change.  I was reading a book for my Proclamation class (Preaching in the Spirit, by Dennis Kinlaw), when I suddenly became convicted.  I cannot recall exactly what line I read, but it was while reading this book that I began to personally realize that God loved me and was pining after me, just as he pines for His people throughout the grand narrative of God’s word.

My spiritual awakening didn’t stop there, though.  Ironically, it wasn’t until shortly before I graduated that God began to mold my skeptical spirit into one more like his own.  After that, the academic studies that once contributed to my skeptical spirit became a means of worship.  Everyone has God-given passions which are designed as a means to draw us into fellowship with him.  For me, while I once thought that constant critical study of Scripture in college and seminary made me skeptical, I now realize that God has been equipping me for years of academic study but, more importantly, has given me more tools to worship him.

I believe that many (if not all) people who study the Bible as a student or professional are initially going to become skeptical.  We see many instances in Scripture that, from a critical standpoint, do not seem to make sense.  For instance, the Creation account(s) of Genesis 1-2 don’t exactly jive with what we know as modern science, and much ink has been spilled by Christians as well as scientists (and scientists who are Christians) as well.  Is science wrong?  Is the Bible wrong?

Questions like these helped to feed and restore my skeptical spirit.  Over the course of my seminary education, however, I became more comfortable with holding these textual/thematic ideas in tension with my own ideologies.

It was after completing this phase of my academic life—when I was away from the rigors of study and had a break from dealing with deadlines, paper-writing and Hebrew-translating—that God began to turn this spirit of skepticism into a spirit of worship.  It took a long time—about five years of trial and error—for me to understand God’s real presence in my life, and along with His Holy Spirit, to transform my academic study from an obligation to a method of worship.  Now, where my devotional life was once non-existent, it has gradually begun to grow.  Moreover, in using my studies as a means of worship, I am now able to pick up a Bible and read it devotionally, something that I wasn’t able to do until recently.

I say all of this not to permeate this article with personal testimony.  All of this personal reflection has a purpose.  There’s a saying in some circles that goes something like this: “seminary is where one’s faith goes to die.”  This is certainly not true of the seminary itself—seminary is a place where one goes to further study God’s Word so that his or her faith might grow.  However, without a solid grounding in one’s faith, the student will be tested, stretched, and might develop the skeptical spirit.

For new (and old) seminarians who may feel like your time at school has been a series of hurdles to jump through, or that a spirit of skepticism is developing because of rigorous, intensive study of Scripture—take heart.  Whereas my academic endeavors were once seen as a burden, God has led me to see that they are a means of surrender and worship.  Seminary certainly is a time to perform academically. More importantly, though, it is a time to grow personally as well as spiritually.

The same is true for pastors.  Sermon preparation takes much time and effort, and burnout is so common.  During my time at seminary, particularly the latter half, God began to rejuvenate my spirit, replacing one of skepticism with a spirit of devotion and learning.

Our God is the creator and sustainer of life, both of the physical as well as the spiritual.  Spiritual growth takes prayer, time, effort, and discipline.  While trusting God, one need not worry about a skeptical spirit overtaking you, because God is living and active in our lives (Phil 1:6).  While it might be tempting at times to succumb to a spirit of skepticism, remember that God uses our personal, spiritual struggles to develop an even stronger faith.  Throughout Scripture, God provides for and sustains his people.

Nothing has changed between then and now.