Joy to the World (Or, How to Write a Better Song) - Seedbed
close
Menu 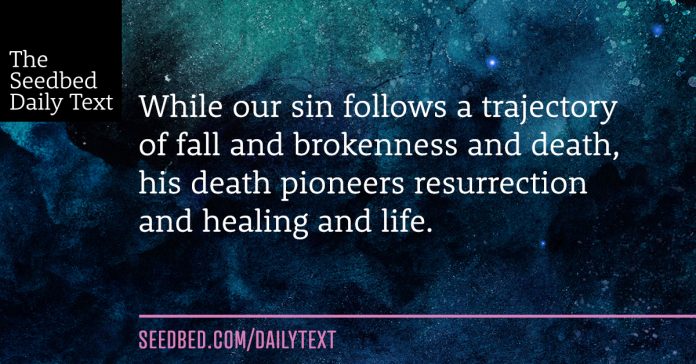 Philippians 2:6-11
6 Who, being in very nature God,
did not consider equality with God as something to be grasped;
7 rather, he made himself nothing
by taking the very nature of a servant,
being made in human likeness.
8 And being found in appearance as a man,
he humbled himself
by becoming obedient to death—
even death on a cross!
9 Therefore God exalted him to the highest place
and gave him the name that is above every name,
10 that at the name of Jesus every knee should bow,
in heaven and on earth and under the earth,
11 and every tongue acknowledge that Jesus Christ is Lord,
to the glory of God the Father.

One of the first songs of this season is the anthem, “Joy to the World.” Originally intended to be a song about the Second Coming of Jesus, subsequent generations adopted it as the theme song of his first coming at Christmas. This classic was penned by the prolific hymn writer Isaac Watts, one of more than 700 works created by Watts in worship of Jesus. When he was a young man, he frequently complained about the music he was experiencing in church. He called it boring, hard to sing, and lacking true heart-level zeal. Finally, his father challenged him to stop complaining and do something about it. If you don’t like it, change it. Write a better song.

While “Joy to the World” is one of the first songs of this season, scholars believe that today’s passage from Paul’s letter to the Philippians is one of the first songs of the Church. It is quoted in this letter as if it is a hymn or poem familiar to the hearers, an early form of liturgy expressing worship of the Word made flesh. Notice the pattern carved out in the lines. They begin with Jesus in the highest possible place, naming him as being in very nature God. Then, he steps into our story, making his descent into flesh and cross and grave. Then the grand pivot as he is raised up once again in resurrection and exalted glory above all things. This is the Great Reversal of humanity’s story. On the one hand, we knew harmony with God in the Garden, but that wasn’t enough. We grasped after equality with him. Jesus, on the other hand, being in very nature God did not consider equality with God as something to be grasped. We were convinced to make something of ourselves. Jesus made himself nothing. While our sin follows a trajectory of fall and brokenness and death, his death pioneers resurrection and healing and life.

In the Garden, sin silenced the melody.
In Advent, Jesus writes a better song.

And we get swept up in it. We hear the Lord himself rejoicing and singing over us, and we start to pick up the melody again, learning the rhythm, feeling out our part. We join the better song and sing out the anthem of the first Advent and the Advent yet to come, “Joy to world! The Lord is Come. Let Earth receive her King.”

© Seedbed 2021
Joy to the World (Or, How to Write a Better Song)
MORE STORIES