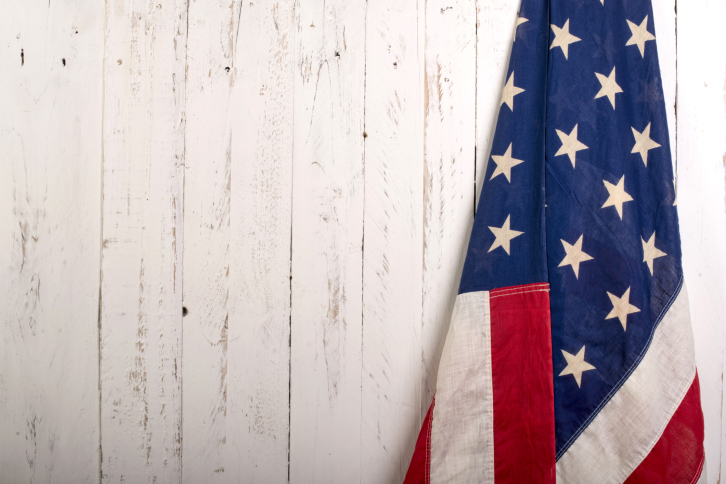 The first Labor Day celebration was held on September 5, 1882 and has been and annual celebration of the American worker ever since. According to the U.S. Department of Labor, the holidays is “a creation of the labor movement and is dedicated to the social and economic achievements of American workers. It constitutes a yearly national tribute to the contributions workers have made to the strength, prosperity, and well-being of our country.” Since its origins, the holiday has become a fun-filled day of parades, cookouts and a glorification of hard work as the backbone of the United States as well as the traditional marker of the end of summer.

Because this holiday has become such a beloved one for many people, there is increasing pressure to bring this secular holiday into the church during Labor Day weekend. People may come to church expecting a sermon glorifying the American Dream and celebrating how hard work created our nation.

Jesus spoke quite often about work and yet the work he spoke of had nothing to do with working to build a great nation, but rather working as a laborer for God and God alone. He tells parables about a farmer sowing crops (Matthew 13:3-9), a shepherd tending his sheep (Luke 15: 4-7), a son working for his father while his brother is off having fun (Luke 15: 11-32), and workers trying to figure out if they should pull weeds out of the field or let them grow (Matthew 13:24-30). He also told his disciples that, “The harvest is plentiful, but the workers are few (Luke 10:2).

Jesus was not concerned with work being done to create a great nation, but rather, he made clear that the work we are called to do is to work is as laborers in the field God sets before us. The results of this work will bring love to the unloved, a return to God of those who have strayed, and patience for those who are still growing in their faith. There is also a mystery to our work. The results are not always evident, but require waiting and trusting that when we work for God, our work is not in vain.

Paul labored hard for God and he was the first to acknowledge that the results of the work belong ultimately to God.  “I planted the seed, Apollos watered it, but God has been making it grow.  So neither the one who plants nor the one who waters is anything, but only God, who makes things grow”(I Corinthians 3:6-7).

We can work 24 hours a day, we can make all the money we ever wanted, we can build amazing structures, we can create the latest and best business practices and while this can be celebrated as a great achievement at our Labor Day events, at church we have one basic question: Are we laborers for God or not?

As people who believe deeply in the work of John Wesley, his life gives the perfect example of a person who labored for God. In the 18th Century, during their industrial revolution, England was heading for disaster as the rich were becoming richer and the poor were barely surviving. Many people believed that a bloody revolution was the only solution to the economic crisis. They could see no other way for reform to happen and things simply could not continue, as they were, much longer.

John Wesley did not set out to change England and its economy. Rather, he was increasingly concerned about the spiritual dis-ease of those he encountered and knew. He began preaching and organizing people from all walks of life, into small groups where they were able to grow spiritually and where they examined their motives and life choices through a Christian lens. The result was a peaceful revival. D. Michael Henderson credits Wesley and his class meetings with being the primary cause of peaceful reform in England, while Archbishop Davidson wrote in 1928, “Wesley practically changed the outlook and even the character of the English nation.”¹

The labor of John Wesley not only changed the character of England, it began the Wesleyan movement in the United States. His life is a primary example of one who labored for God and from that work, the fruits of justice, care for the poor, calling people to their higher selves, and increased holiness are still abundant. His work did strengthen England and America and perhaps our work will do the same. However, Wesley’s reformation came as a result of his work for God, in God’s field. He planted and, along with the classes, the field was watered. God gave and continues to give growth through his labor. We are called, as Wesley was, to be laborers for God above all else. As the Scriptures tell us:

Do not work for food that spoils, but for food that endures to eternal life, which the Son of Man will give you. For on him God the Father has placed his seal of approval.”

Therefore, my dear brothers and sisters, stand firm. Let nothing move you. Always give yourselves fully to the work of the Lord, because you know that your labor in the Lord is not in vain.

God is not unjust; he will not forget your work and the love you have shown him as you have helped his people and continue to help them.

May this Labor Day Sunday be a day when we invite the members of our congregations to pause, pray, and ask one simple question: Am I laboring for God or not? Jesus reminded us that the laborers are few. While the secular world is celebrating the accomplishments of the American worker, may your sermon remind the members of your congregation that there is no greater work than to labor for God.

All Scripture quotes are from the New International Version