The Last Five Minutes of a Sermon - Seedbed
close
Menu 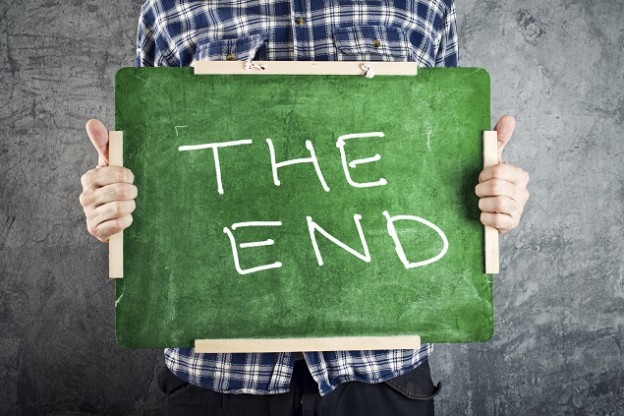 While each of these pictures might have some merit, perhaps the sermon’s ending is better understood as the airplane’s descent, with either a metaphorical crash and burn, a sermonic “thud” that shifts the spiritual luggage, or a smooth touchdown as open possibilities. Handling the word of God homiletically to its conclusion is like piloting a machine of enormous power, navigating different forces to bring the sermon to completion. Yet compared to the attention-grabbing introduction and the theological, exegetically sound, and memorable middle, endings can get ignored. Endings matter—in sports, stories, and flights, and, perhaps most of all, in sermons. Since the sermon truly is such a powerful act of worship, then preacher-pilots must pay more attention to the landing.

This is the biggest temptation of all. You’ve planned 12 of 14 minutes, 18 of 20, or 27 of 30, and the temptation is to neglect that final 10%. But sermons, like planes, don’t land themselves. Without the preacher’s attention, they crash, skid, and thud. If you’ve managed a solid takeoff and handled the potential turbulence of its middle, then plan the ending. The sermon may not rise on its conclusion, but it can certainly fall with it.

If you don’t know how to end the sermon, you might just preach it again; this is especially troubling when the landing spot is clear for everyone in the congregation, but the pilot-preacher circles, and re-circles the runway. If the sermon itself is tight, just leave it with the congregation. Don’t rehearse the whole sermon as a conclusion. If you think the sermon will need to be summarized or repeated, then it might be too long or too involved. Different from summarizing the sermon, however, is reconnecting with themes, tensions, or stories from earlier in the sermon. Sharing how a problem was solved, a theme developed, or a tension corrected in the conclusion that illustrates the sermon’s big idea can make for powerful homiletical practice.

Comedian Jerry Seinfeld says that the only thing people want more than to get on the plane is to get off the plane. Sermons can be similar! Flights have destinations; sermons have conclusions. Just as no pilot decides on a new destination at the last moment, neither should the preacher add an unplanned, unrelated aside, tangent, historical point of interest, word study, or anecdote just before wrapping up. Impromptu insertions are especially tempting if you haven’t planned the ending. If you have planned the ending, then trust the ending. If you don’t know the sermon’s destination, you might just pick a new one.

Now that we know to watch for a few mistakes, here are a few possible practices for successful conclusions.

Preachers whose churches celebrate communion on a weekly basis are already taking this approach. They are driving the sermon toward the Table. The Table helps to practice the proclaimed word; the Table is the enacted Good News of the sermon. Sermons can also preach toward baptism, too. In response to a sermon on God’s renaming of Jacob, for example, I invited people to ask God for a new name and had various names from which they could choose at stations throughout the sanctuary. In another sermon on the end of Jeremiah’s letter to the exiles, I gave people time and materials to write a letter. The activity of the conclusion must flow from the proclaimed word, however, or it’s like starting a new destination. Other concluding spiritual practices include singing, praying, reading aloud, anointing with oil, and meditating.

The sermon should move in a direction to engage people in acts of service within and outside the church. Sometimes the Spirit will leave people ready to respond in the sermon’s concluding moment. Utilize this time! Have sign up sheets, clipboards, kiosks, leaders, etc. ready to receive names for whatever service opportunity specifically connects with the sermon.

The sudden jolt and thud of a rough landing can jar passengers awake. When it truly is surprising, it can cause nervous laughter among the passengers—a reaction of relief after a moment that would have been fearful had it been expected. It’s not something to do every week, but sometimes the sermon can finish suddenly—without a conclusion, at all. Sometimes the sudden thud of a sermon that people thought was continuing can cause a jarring effect that keeps the congregation surprised and anticipating for future sermons.

My children have a certain amount of screen time per day. It’s not rigidly enforced, but an unwritten value between my wife and me that the TV, laptop, and cell phone are a luxury rather than a right. The reason for monitoring screen time is because screens present powerful images and captivate attention. The same is true of your congregation. Overdependence on the screen can minimize its effect, but an appropriately timed image or movie clip from the screen can remain with the listener-viewer for a long time that reinforces the sermon.

So, to summarize this post… Ha! Just kidding. No summary here. What ways have you been creative in your sermon conclusions?
—
Image attribution: stevanovicigor / Thinkstock

© Seedbed 2021
The Last Five Minutes of a Sermon
MORE STORIES