Leading Worship in the Midst of Tragedy - Seedbed
close
Menu 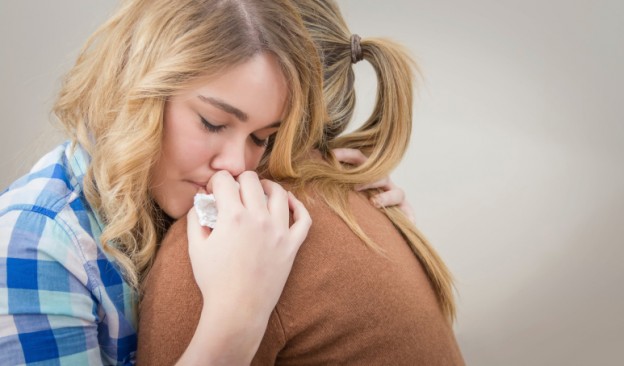 The days between September 11th and September 16th, 2001 were an excruciating week of fear, uncertainty, and sorrow for most of us. As best as I can recall, the time between that fateful Tuesday and the following Sunday was long and eerily apprehensive in the urban community in which I was living. Amidst all of the hours of news broadcasting I watched that week, telephone calls I made to family members strewn across the country, and fears I stifled in an attempt to keep a brave face for the sake of my family and friends, it’s striking to me that fourteen years later, one of my most vivid memories of that week is of the worship service I attended on September 16, 2001.

The congregation was, I presume, just like any other church in America.  The pastor had already begun writing the sermon for that Sunday when the first plane hit the World Trade Center.  The ministry team had already compiled a list of prayer needs for which to intercede before the Pentagon had been attacked.  The worship leader had already recruited the volunteers needed for the band prior to anyone having lost their lives in a Pennsylvania field that Tuesday.  I am grateful for leadership that recognized the need to abandon well-crafted plans in spite of the time and attention invested into them so that they might create a space where people could encounter God in the midst of their grief, confusion, and sorrow.

On that particular Sunday, my church family lingered in the narthex, embracing one another and speaking words of comfort.  When the service began, we were greeted by our pastor with the reminder that God was present with us—that He was inviting us to come with all of our fears and doubts, our anger and grief, and sit at His feet, just as we were, assured that God could handle anything we needed to express to or ask of Him.

We were invited to hear the words of the Psalmist, crying out to God for understanding and expressing frustration and fear that echoed our own.  We were reminded that we were to pray for our brothers and sisters who were hurting as a result of the week’s events—not only those in America, but also those throughout the world who were affected and suffering as a result of the events of 9/11 and other world crises.

At a time when it was so easy to be engrossed in our own situations and struggles, we were lovingly invited to remember the Story of God—a God who redeems, restores, and rescues his beloved from even the direst of circumstances.  A God who is not changed by crisis, acts of hatred, or tragedy.  A God who loves and desires to redeem the entirety of creation, even those who seem so far from him.

Learning to Lead in Crisis

While tragedies and sorrows aren’t always on the national or international levels, there are always people in our congregations who come to worship carrying heavy personal burdens. Similarly, there have been any number of Sundays in my years of ministry where the immediate community I’m serving in finds itself in the midst of crisis and I must lead worship in spite of, and mindful of, these circumstances.

There was much to be learned during that week of September 2001.  I offer a few of my take-aways from that memorable Sunday, in the hopes that God will guide and use you as you lead your congregations in difficult seasons:

Be flexible:  plans are wonderful things; however, if they aren’t in tune with what’s happening to those they are designed to lead, they have the potential to drive people away rather than assisting them in entering God’s presence.

Remain God-centered: when crisis comes, it’s far too easy to use the congregational worship gathering as a form of civic rally or self-consumed assembly.  Lead people from where they are into God’s Story, being mindful of brothers and sisters who share in their plight and focusing on the eternal rather than our temporal situation.

Offer hope versus solution: in most circumstances, the problem isn’t simple and can’t be “fixed” in the course of a 75-minute worship service.  Remember that your role in leading God’s people isn’t to correct or resolve the problem, rather to point people toward the hope we have in Jesus Christ and his ultimate victory over sin, death, and evil.

© Seedbed 2021
Leading Worship in the Midst of Tragedy
MORE STORIES