What I Learned from Fishing with a Pro - Seedbed
close
Menu 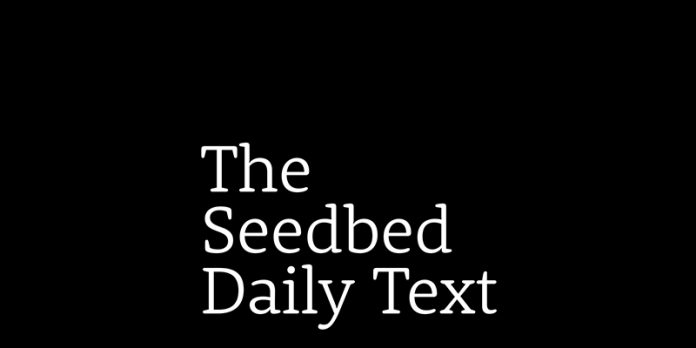 When Paul and his companions had passed through Amphipolis and Apollonia, they came to Thessalonica, where there was a Jewish synagogue. As was his custom, Paul went into the synagogue, and on three Sabbath days he reasoned with them from the Scriptures, explaining and proving that the Messiah had to suffer and rise from the dead. “This Jesus I am proclaiming to you is the Messiah,” he said. Some of the Jews were persuaded and joined Paul and Silas, as did a large number of God-fearing Greeks and quite a few prominent women.

Have you ever fished with a professional fisherman (or woman)? Recently my son and I went to Colorado to trout fish. Two friends (another father and son), who happened to be professional anglers (the professional name for fishermen) guided our trip. It was worth the price of admission just to watch their method and craft. Here’s what I learned.

The pros are meticulously methodical about their game. First off, they usually have a good idea of where the fish are and when. They study the area. They know the underwater landscape, the varying depths of the water, the currents and the eddy’s. They also know the variety of fish they might come across and where they will be and even when they are most likely to be there. They know what the fish like to eat and consequently what they won’t bite. They go in with a game plan. They know what areas they will fish first and second. They know which lures they will try and the order. Even their casting has clear craft to it.

As they approach a particular target zone, these guys had a plan on how they would fish it. They had a method of casting to fit any situation, and they could switch out gear on a moment’s notice. They seemingly had a different lure for every possible fish in the river. They knew how long to persist and when to move on. It was something to behold. And we were catching fish!!

I think it was the same kind of situation with Paul and his companions. Paul was the master angler—the pro. He knew where the fish would be and when. He always went to the synagogue first. He went on the Sabbath; in this case three weeks in a row. He knew the what they would bite. He reasoned with them from the Scriptures. I have a sense Paul knew just what text to “tie-on” based on who he was talking to. In this case he was working the suffering and resurrection lures. He was casting Messiah flies.

He was fishing for Jews, Greeks, men and women, God-fearers, and so forth. And he was catching fish! He caught a few Rainbows (Jews), a ton of Brook Trout (God-fearering Greeks), and several Cutthroats (I’ll leave that one open). If only he’d caught a Brown he would have had the Grand Slam!

Remember last week, he went fishing down by the river at the “place of prayer,” and he caught a BIG ONE named Lydia!

We must remember Jesus’ primary metaphor for this work was fishing. He said he would make us fishers of people. It’s worth some New Testament study time to simply observe the master angler Apostles and their proteges as they master this craft. What can we learn?

But honestly, all of this has me asking myself this question. What about my neighborhood? Have I even put a line in the water? Do I know what fish are in this pond? I should be a pro by now.

How’s the fishing going for you?