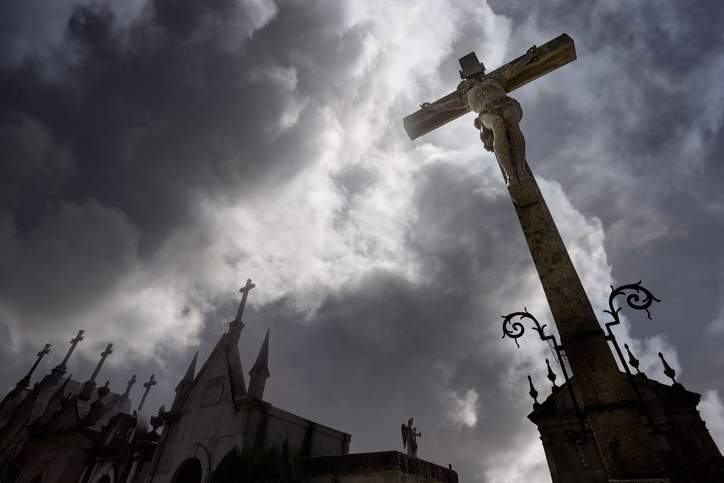 We live in a popular culture that currently takes pride, however ironic, in describing itself as counter-cultural. Anti-establishmentarianism is the catchword of our day, even from the establishment. We’re drawn to styles, candidates, and ideas that buck previous trends, perhaps, as some say, because of our uneasiness with the status quo.

Just recently, I was in Charlotte, NC in a part of the city that prides itself on being different. It was a sort of hipster haven filled with coffee shops, restaurants, tattoo parlors, and breweries. The bumper stickers on the cars were anything but mainstream. Skinny pants, beards, and Toms seemed to be standard issue. The attempt to be counter-cultural was obvious. Yet what was also obvious was that despite a difference in style, the whole area was defined by the towers of the Uptown Charlotte, one our nation’s banking hubs, whether they wanted to admit it or not. Supply and demand reigned supreme in this niche market, it just appeared in a different form. By its very existence as counter-cultural, it had been defined by the culture from the start.

Jesus doesn’t call us to be counter-cultural. At the beginning of Lent it’s important to be reminded of this. So often Lent can be seen as a jump-start to piety or an excuse to launch a religiously inspired diet regime, all the while retaining an outlook or worldview married to cultural norms. Yet the followers of Jesus, those who take up their cross, who follow Jesus around, should not be defined by the culture. At its root, to be counter-cultural is to be determined by the culture. It’s to be counter to something, and therefore at a basic level to defined by it. Some church splits are like this. Groups emerge as the antithesis of the other group, defined by that which they supposedly dislike. And yet, here is Jesus, in-cultured because of his Incarnation, but never defined by the world. In fact, he’s arguably creating a culture to which we are all called.

We haven’t always been able to balance this well. The earliest disciples tried to capture Jesus within culture. Some of them wanted to help him launch an offensive against the Romans. Peter, at the Transfiguration of Christ, insisted on constructing ways to capture the transcendent moment, even in newly created tents. At the root of the problem was an outlook defined by the culture rather than one simply willing to follow after Jesus. What I like about the Transfiguration story, however, is that Jesus doesn’t give up on Peter. He stays with him, both on the mountaintop and on the plains.

Being with Jesus creates the opportunity to be part of a culture defined by him, a culture shaped by holy love. It’s within the context of God’s outpouring of love that the Church was created, and created to be a community of people, a culture, defined by God’s calling of the people of Israel, and the life, death, and resurrection of Jesus. By God’s grace (i.e. the power of the Holy Spirit) we are enabled to take on the characteristics of holiness. Arguably, the Christian community has its own style and its own taste, but it’s a community for whom style matters because we have developed a taste for that which Jesus would want.

So, what does this all have to do with Lent?

It has everything to do with Lent, because Lent done well is a yearly reminder that we, those baptized into his death, are defined by the life of Christ. Lent is one season in the Church’s calendar, a calendar defined by Jesus, but Lent is particularly appropriate to the task of grounding disciples in ways that engender faithfulness. It is in Lent that we step away from patterns that define us as anything but belonging to Jesus. Lent, with its emphasis on Christ’s faithful journey toward death for our redemption, culminating in God’s ultimate response in the resurrection, is an opportunity to stare down the destructive patterns and practices that have been formed in us. Lent won’t let us forget that we are “in Christ” and not of the world. Lent is the Church’s refusal to be defined by anything except the story of Jesus.

Lent is also vital to the Christian journey because, like the Incarnation, death, and resurrection, it takes place in time. We can enter the narrative of Jesus’s final days, his establishing the holy meal, his betrayal, suffering, death, and final victor because it took place in time, even our time. Yet it’s repercussions remain cosmic. We worship a God who changed everything, past, present, and future, while nailed to a cross in a small out-post of the Roman Empire during the first century. Lent invites us to re-enter that cosmic narrative that took place in time, reminding us that those filled with the Spirit who raised Jesus from the dead are a part of new creation. Now.

So I invite you to a holy Lent. As Wesleyans, we believe in God’s holy love that transforms our lives. As Christians, we are called to follow after Jesus, who in his resurrection let loose God’s new creation and invites us to be a part of it. We go from grace to grace following the One sent by the Father, and enlivened by his same Spirit. Lent is an opportunity to step back into that narrative, to encounter Jesus again, and having encountered him to be defined by his culture, his outlook, his priorities, and left transformed by his embrace.