Lessons in Parenting from the Story of Joseph - Seedbed
close
Menu 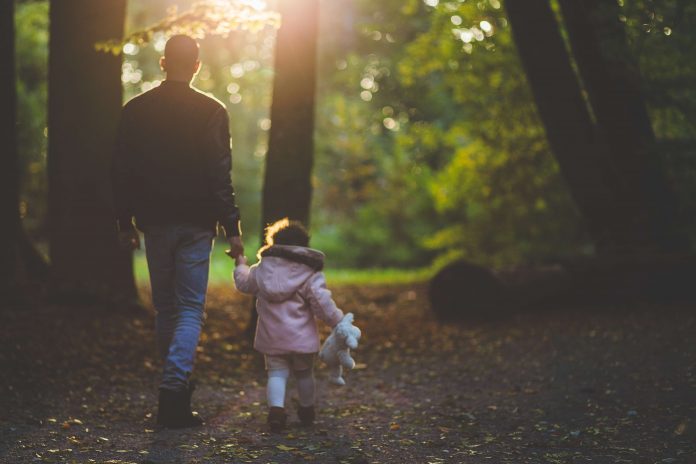 Parenting is not intuitive, like eating or sleeping. It takes intentionality and some real sweat. In our household we say that marriage is a commitment to doing the work of life together. Family life takes an equal commitment to simply work at it till you work it out. You don’t want to default to the old patterns that were a stake that held you back for years.

All of our children are married now, and all of them have built their own tribes. We told them early in the game that our goal for them was that they would do that. They did learn a few things from our good choices and profited by watching us cope with the mistakes we made. We are blessed when we see how they have built some new ways of dealing with tribal life that we would never have thought of. And as the parents, I can tell you how we are quietly honored when we see parts of their tribes’ lives that reflect the tribe we built.

I think giving our kids such freedom is wonderfully empowering for them. It’s still early; the last chapters haven’t been written in their tribal stories. But so far, none of them has sent their Joseph out to get abused by his brothers. Speaking of Joseph, he’s not the brightest bulb in the socket, is he? Or as my daughter Rachel would say, “He’s not the sharpest duck in the herd.”

He’s about seventeen in Genesis 37, and you’d think he might have been smart enough not to be a tattletale. What kid doesn’t know that even if the parents get involved and intervene to shield him from payback, later on the siblings are going to get even? His dimness list is pretty long: wearing that coat everywhere; wearing it to go to Shechem; telling his brothers not once but twice about his grandiose dreams. Joseph was a walking can of gas, going around pouring himself on fires that were already burning out of control. It’s a miracle that he made it through to Genesis 38.

I tried to chalk all this up to him being naive. But my head wouldn’t fully go there. Then I tried to chalk it up to the fact that he never got to listen to the James Dobson adolescence tapes with his dad, but that too was a big stretch.

Then I figured it out. He was seventeen. He was behaving like a seventeen-year-old. I remember being that age. I was just as dimly naive and unaware as he was. Why? Because I was seventeen; that’s why!

In Genesis 37, Joseph had a bad case of being seventeen. If he were alive today, living where I do in Kentucky, and he did what he did, you know what people would say? “You know that Joseph? He snitched on his brothers and they beat the tar outta him, bless his heart.”

Or they might say something like, “You know that Joseph? He went off to New York City on his own last week and got on the subway at midnight with twenty-dollar bills pinned to his jacket, and you know what? He got robbed, bless his heart.” Now, you know what “bless his heart” means, don’t you? It’s a Southernism that means, “What an idiot!” As in, “Jimmy was trying to impress his girl and drove his daddy’s car into a pole at the end of the street, bless his heart!” Of course Jimmy did that. Jimmy is seventeen.

I’ve learned over time to expect age-appropriate maturity and behavior from kids. I try not to get to wound up if kids don’t act like little adults. So I don’t expect my four-year-old grandson to show much restraint with a water gun in his hand. I don’t expect my preadolescent granddaughters to completely understand why they can’t have boys come to the camp-out in our backyard. Seventeen-year-olds can only have seventeen years’ worth of maturity and sensitivity. To expect more of them is to expect too much.

And do remember to factor this into the equation about Joseph: his mother, Rachel, died when he was fifteen. His grief and his emotional wounds from that were still pretty raw. And the other women of the household had no interest in him; he was the son of their rival. They were of no maternal comfort to him. His father was not given to nurturing, and his other behaviors betrayed how he was just not sensitive to Joseph’s needs. And we all know how his brothers felt. Joseph was very much alone on an island of his grief and loss.

Then, when he was sixteen, only a year later, his beloved grandfather, Isaac, died. His world was being shook. How might you expect a boy to handle all of that? I know folks in their thirties, forties, and fifties who still haven’t processed the death of a parent or grandparent. He was just a boy with adult- sized losses to figure out. You and I? We have our own losses. As it did for Joseph, sometimes it will take years for us to fully discover that for every loss there’s an Easter with our name on it.

So on one hand, you have to let Joseph be seventeen. But on the other hand, there is no reason for you or me to be Jacob and make choices that make family life worse than it already is. ’Cause after all, you and I are the normal ones in our family, remember? Bless our hearts! 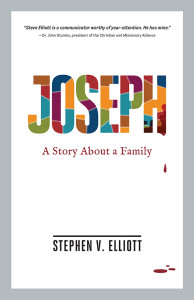