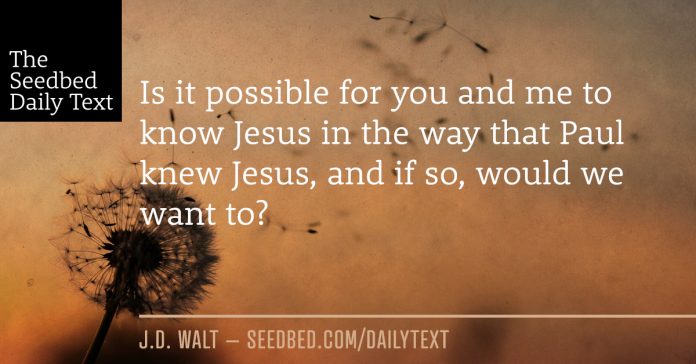 The crowd listened to Paul until he said this. Then they raised their voices and shouted, “Rid the earth of him! He’s not fit to live!”As they were shouting and throwing off their cloaks and flinging dust into the air, the commander ordered that Paul be taken into the barracks. He directed that he be flogged and interrogated in order to find out why the people were shouting at him like this. As they stretched him out to flog him, Paul said to the centurion standing there, “Is it legal for you to flog a Roman citizen who hasn’t even been found guilty?”When the centurion heard this, he went to the commander and reported it. “What are you going to do?” he asked. “This man is a Roman citizen.”The commander went to Paul and asked, “Tell me, are you a Roman citizen?”“Yes, I am,” he answered.Then the commander said, “I had to pay a lot of money for my citizenship.”“But I was born a citizen,” Paul replied.Those who were about to interrogate him withdrew immediately. The commander himself was alarmed when he realized that he had put Paul, a Roman citizen, in chains.The commander wanted to find out exactly why Paul was being accused by the Jews. So the next day he released him and ordered the chief priests and all the members of the Sanhedrin to assemble. Then he brought Paul and had him stand before them.

As we make our way through the Acts of the Apostles keep in mind we are largely getting Luke’s take and point of view. He is telling it like he sees it. I say that not to diminish the text in the least but to point out we have additional “takes” in the New Testament. With the Gospels we get four inspired accounts. As Luke recounts this account of Paul’s journey I want us to keep in mind Paul’s account. There’s nothing like seeing apostolic history through the lens of the one making the history.

All these years later it’s too easy to miss the gravity of who Paul was, who he became, what he endured, what he accomplished and the nature of his relationship with Jesus.

As I noted yesterday, it’s a challenge to get an exact correspondence between Paul’s writings and journeys. Regardless of that kind of precision, Paul’s letters give us a sense of his developing insight, vision, and day in day out mindset. Consider this word from his second letter to the Corinthians.

“We are hard pressed on every side, but not crushed; perplexed, but not in despair; persecuted, but not abandoned; struck down, but not destroyed.” (2 Corinthians 4:7-8)

Later on in the same letter, Paul, in an admittedly spirited recollection says it this way:

Go back and read that again, this time with feeling. Now juxtapose these words against the ones following:

“But whatever were gains to me I now consider loss for the sake of Christ. What is more, I consider everything a loss because of the surpassing worth of knowing Christ Jesus my Lord, for whose sake I have lost all things.” (Philippians 3:7-8)

Now I want to ask you and me three very challenging questions.

No further questions. (See 1-3 above)