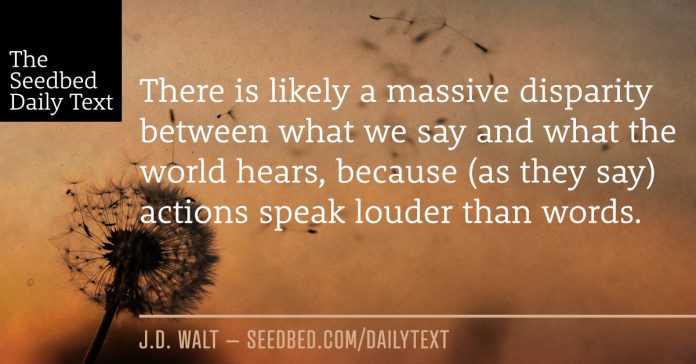 A few days later King Agrippa and Bernice arrived at Caesarea to pay their respects to Festus. Since they were spending many days there, Festus discussed Paul’s case with the king. He said: “There is a man here whom Felix left as a prisoner. When I went to Jerusalem, the chief priests and the elders of the Jews brought charges against him and asked that he be condemned.“I told them that it is not the Roman custom to hand over anyone before they have faced their accusers and have had an opportunity to defend themselves against the charges. When they came here with me, I did not delay the case, but convened the court the next day and ordered the man to be brought in. When his accusers got up to speak, they did not charge him with any of the crimes I had expected. Instead, they had some points of dispute with him about their own religion and about a dead man named Jesus who Paul claimed was alive. I was at a loss how to investigate such matters; so I asked if he would be willing to go to Jerusalem and stand trial there on these charges. But when Paul made his appeal to be held over for the Emperor’s decision, I ordered him held until I could send him to Caesar.”Then Agrippa said to Festus, “I would like to hear this man myself.”He replied, “Tomorrow you will hear him.”

Remember that Far Side cartoon of the man yelling at his dog? In the top of the split frame was a man with his hand pointed toward his dog’s face.

What’s the connection to the text? Paul likely made quite an eloquent witness to the gospel and the resurrection and sinners and salvation and so forth. All Felix heard was a dispute among warring religious parties and something about a dead guy named Jesus who Paul said was alive.

That’s what it looks like to the watching world when they see our vitriolic internal conflicts and battles. There is likely a massive disparity between what we say and what they hear, because (as they say) actions speak louder than words.

Today’s text reminds me of a slightly different rendition of the cartoon.

In the top of the split frame is the average follower of Jesus proclaiming the gospel to hearers who have been exposed to the church but do not know Jesus.

For God so loved the world that he gave his only begotten son so that whoever believes in him will not perish but have everlasting life. (John 3:16)

But God demonstrates his own love for us in this: While we were yet sinners, Christ died for us. (Romans 5:8)

God made him who had no sin to be sin for us so that we might become the righteousness of God. (2 Corinthians 5:21)

For it is by grace you have been saved, through faith—and this is not from yourselves, it is the gift of God— not by works, so that no one can boast. ‭(Ephesians‬ ‭2‬:‭8-9‬)

For God, who said, “Let light shine out of darkness,” made his light shine in our hearts to give us the light of the knowledge of God’s glory displayed in the face of Christ. ‭(2 Corinthians‬ ‭4‬:‭6‬)

WHAT THE UNBELIEVING WORLD HEARS:

This is why Jesus prayed things like, “That all of them be one, Father, just as you are in me and I am in you; may they also be in us, so that the world may believe that you sent me.” (John 17:21)

It’s why Paul wrote things like,  “I plead with Euodia and I plead with Syntyche to be of the same mind in the Lord. Yes, and I ask you, my true companion, help these women since they have contended at my side in the cause of the gospel, along with Clement and the rest of my co-workers, whose names are in the book of life.” (Philippians 4:2-3)

What we say is often the least of our witness, or at least it will not matter much if our relationships are not backing it up.

Are you living in open conflict with other believers? Have you done all that is possible in your power to make peace? Why not? Have you ever considered that your broken relationships could be leading people away from Jesus?

© Seedbed 2021
Lost in Translation: Something about a Dead Guy Named Jesus Who Paul Said Was Alive
MORE STORIES