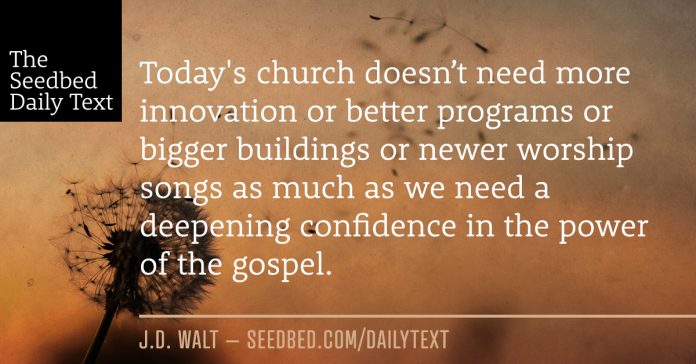 And Saul approved of their killing him.On that day a great persecution broke out against the church in Jerusalem, and all except the apostles were scattered throughout Judea and Samaria. Godly men buried Stephen and mourned deeply for him. But Saul began to destroy the church. Going from house to house, he dragged off both men and women and put them in prison.

[Previously on Acts. . . one of the appointed caretakers of Jerusalem’s widows, Stephen’s, extra curricular activities of performing miracles and preaching the Gospel, drew the ire of the religious authorities. With trumped up charges they brought him before the Sanhedrin to stand trial. In response to the charges, rather than defending himself, Stephen made a counter-intuitive move. He told them their own story. As he finished his storytelling, the mob rushed him, drug him out of the city and stoned him to death. Nearing death Stephen saw Jesus standing at the right hand of God, extended forgiveness to his persecutors and gave up his spirit to God.]

Did you pick up that curious line near the end of chapter 7? In case not, here it is.

Meanwhile, the witnesses laid their coats at the feet of a young man named Saul.

For all practical purposes, Saul was a young Osama Bin Laden. He lived to destroy the church. Picture him, going from house to house, dragging fathers and mothers away as their children shrieked in tears of terror, never to see them again. Saul was nothing short of a first century religious fundamentalist terrorist. He held the coats of the executioners at the public execution of Stephen. In twenty-first century terms, he might be carrying the suicide vests.

Now, imagine the unimaginable: Osama Bin Laden becomes not only a follower of Jesus, but his number one spokesperson! The New Testament has a technical term for such things: Redonkulous! I’ll save the details for when it happens, but for now it’s important for us to get very clear on who Paul used to be. In his mind, as in the mind of Osama Bin Laden, these heinous acts were nothing less than acts of divine worship.

We need to keep this story fixed in our mind because it reveals the incomprehensible power of the gospel of Jesus Christ not only to save but to completely transform a human being. True then. True now. This is perhaps the Gospel case study of all case studies.

Today’s Christians and churches don’t need more innovation or better programs or bigger buildings or newer worship songs as much as we need a constantly deepening confidence in the power of the gospel. It’s truly astonishing to think that Paul would one day write to the Christians living in the heart of the empire these words:

For I am not ashamed of the gospel, because it is the power of God that brings salvation to everyone who believes: first to the Jew, then to the Gentile. (Romans 1:16)

May the same be said of you and me.

Do you tend to be more of a lawyer for God, arguing his case with others, or are you more of a witness, demonstrating and testifying to his goodness and grace? See the difference?