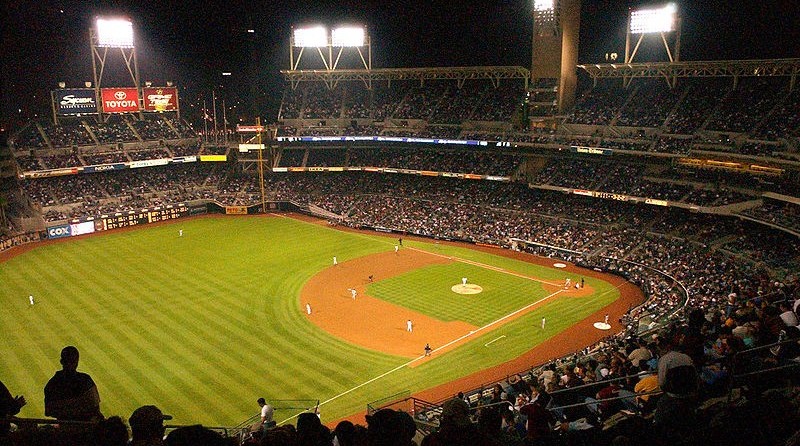 Opening day brings such hope. Every Major League Baseball team has a chance – at least in theory. But each season, this national pastime’s popularity fades. Struggling to retain its relevance, baseball is trying to “grow younger.”

Sound familiar? Check the average age of an MLB fan (53) and you will see how the church (57) is eerily close to sharing some of the same cultural challenges[1].

Whether or not you are a die-hard fan of baseball, its impact on our culture is undeniable. Baseball has seen its ups and downs recently, not unlike any organization. While the ownership groups seem to be having their largest years of fiscal success, the sport’s popularity is fading. To respond to the changing tide of culture, Major League Baseball has tried to address their need.

Looking at the culture of baseball, let’s see how the MLB can speak to the church today.

Baseball and the church have insular cultures. Often in baseball we hear the phrase, “there’s a way to play the game.” Each sport has a rulebook, but what makes baseball unique is the amount of unwritten rules players must learn. Young players often skip college and go directly into the minor leagues, where they ride buses and play for peanuts while picking up the do’s and don’ts of how to play the game.

There is a way to do things and not do things in baseball. I’m not sure why I would be required to throw the ball at someone as a pitcher just because someone threw at one of my teammates. But I’m not in the game. That rule is certainly not written, but we see it play out time and again. You throw at us, we throw at you.[youtube id=”cx2Sps9aMcY”]

What are the unwritten rules of your church? Any room that can’t be touched? Is there a pew you are not supposed to sit in because it is ________ person’s seat? Is coffee allowed or not allowed in your sanctuary? In my denomination (the United Methodist Church) we have a rule book – it’s called the Book of Discipline. It’s a big book. It has plenty of the written rules of how we play the game in our denomination.

The church experience often encourages insider thinking and an insular mindset.  I guarantee you though that if you start to play the church game long enough, it will invite you to be an insider thinker that seeks to preserve the integrity of the “game.” You will think like a churchgoer and dangerously lose touch with those who don’t know all the rules of your church. Check your culture.

It’s Not About the Pace

A lot of conversation has gone into speeding up the game of baseball. In today’s world we want things done yesterday.

For me, pace of play isn’t just about speeding things up. I am certainly not recommending just trying to go through liturgy faster. (Although that might be humorous to see.)

Pace of play is about intentionality – it is about eliminating the distractions and focusing on the actual point of the game. So the pitch clock isn’t about time, but about helping pitchers focus on pitching rather than on adjusting their hats, belts, and a host of other things. It’s the same for batters, who need to keep a foot in the box rather than walking away while we wait for the next pitch to be thrown.

So in the church it is also not about time either, but about intentionality. Are you focused on worship or do a bunch of routine or distracting things eat up the time? How many Sundays do your announcements drag on so long that it almost becomes a mini-sermon? There are clock-watchers in our churches who wonder what was accomplished in that hour of their lives. It’s a little bit of this and that, some music, prayer, a sermon, and once a month Communion.

Help people connect to what they are supposed to be doing in church, rather than the extraneous routine that can distract. Stay focused on what you are hoping to do in worship. Keep your foot in the box, and play ball.

Scandal, lockouts, and performance-enhancing drugs have all been a part of the recent narrative of baseball. The church is also not without its share of blemishes. But for all the faults of either organization, here is one thing baseball teaches the church that we should embody more: We all wear #42.

A number is a signifying mark of the player. No two players on the same team share the same one. However, on April 15, every player in Major League Baseball will wear #42 in honor of Jackie Robinson. April 15, 1947 was the year in which the color barrier was broken in baseball. Jackie Robinson stepped up to the plate, and the game would never be the same. Every April 15 we see the power of solidarity, memory, history, and hope.

The church is still learning this lesson. The sooner we realize we all wear the same number, the better our world will become. Wearing #42 is a reminder of the closed doors of the past that can be broken down by the courage of even one person. So when we all wear it, we acknowledge where we were, and resolve to not repeat history. We learn the lessons of our past to have a brighter future. If a mere game like baseball can set this example, then how much more should the church be leading the way in these areas of justice, love, and hope.

Rally Before the 7th Inning Stretch

As in baseball, often the church’s rhetoric and conversations are reactive and come too late into the game. It seems as if we are having conversations around next-generation ministry as generations have already left the ballpark. If you begin to really buckle down and get serious at the 7th inning stretch, what are your odds of winning?

Right now, let’s put our rally caps on and give it one final push. We can tell the story of the past but we can’t put Babe Ruth on the roster. So who are the new players, and how can we get them in the game? It is time for the church to stand up, raise our voices together as one, and get ready for the next couple of innings.  Whether it’s baseball or church, there is always hope.