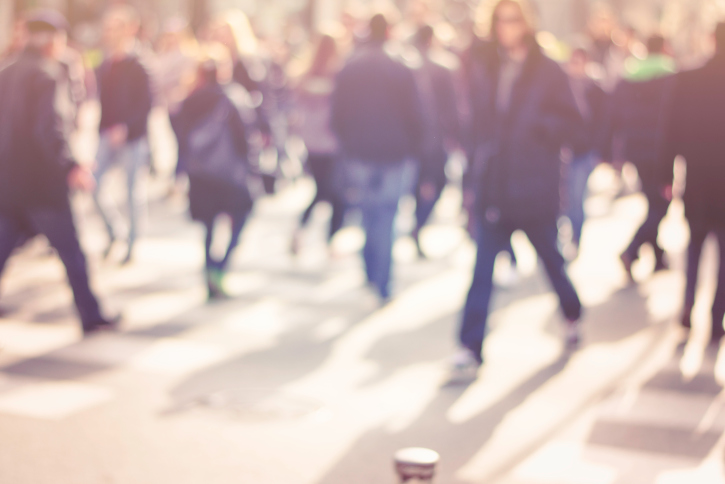 In my academic research and writing, I have noticed that people under the age of 40 are growing churches through a radically different style of leadership.  For over a decade and since my book on emerging churches (Inside the Organic Church, Abingdon Press), I have studied the difference between millennial (21st Century) and modern (20th Century) leadership.

Increasingly, I have been hired as a church consultant by young growing congregations, where their leadership shifts are even more pronounced.  This has led me to believe that leaders who want to lead tomorrow’s churches will need to be attuned to these leadership shifts.

In each article in this series, I will give five steps leaders can take to reframe and refocus their leadership in a way that will connect, motivate and guide people under 40.

ChurchHealth.wiki and MissionalArchitect.com are the web addresses for more of my writings on this topic.  Missional is a term that often describes those who seek greater and more effective participation in the missio Dei.  But because of leadership shifts, this will require leaders to plan and craft as an architect might, a contextually-oriented leadership style.

First, I will share what I have observed as general differences between leadership by those under 40 (which I shall call millennial leadership) and those over 40 … and five things you can do about it.

Modern Leadership: The rise of command and control.

The rise of modern leadership coincides with the rise of the industrial revolution.  In this milieu, executive leaders are privy to important knowledge and facts that results in productivity increase by the worker … if the worker follows the orders of the leaders.

Millennial Leadership: The rise of vision and participatory leadership.

In the new millennium, the accessibility of knowledge has led to the worker being able to quickly research knowledge as easily as the boss. The result is that the front-line worker (in our churches these would be our volunteers) can easily find insights on how to do their job better.  They no longer need the leader to be the font of knowledge.  Not surprisingly, this knowledge-empowered worker wants more input.  And, their knowledge can be helpful too, since they are familiar with what works in the field.  The millennial leader thus shifts to motivation through vision-casting and participatory decision-making.

In the past, the result of the modern leader retaining most of the knowledge was that the modern leader was the only one who could asses if the job was done well.  And, because of the magnitude of the task, the best way to measure progress was by numerical analysis. Such outcome-oriented leadership led to what Frederick Taylor called, “scientific management” where (in Taylor’s words) “the worker must be trimmed to fit the job,” quoted by Daniel Boorstin, The Americans; The Democratic Experience (New York: Vintage, 1974), p. 369. Trimming could mean reassigning, retraining and even firing a volunteer if they didn’t meet numerical goals.

Because of millennial leaders’ access to knowledge, they know the results of good leadership practices should be seen locally and personally.  Millennial leaders have seen the abuses of making people mere numbers and instead, long to see real, up-close change in those they help.  A millennial leader once said to me, “In my dad’s church, these people were numbers.  Back then, we were inspired by hearing about how many people we reached with our donations. But here (a food pantry) we see up close that we are making an impact.  Lives are better motivation than numbers.”

Five Leadership Shifts You Must Embrace

…and you won’t fall into the “Feedback Avoidance Trap.” Listen to volunteers on the front line.  They often will have better knowledge than a distant leader, because they are intimately interacting with those they serve.  Cultivate a leadership style of one who wants to get the the good news (and the bad news) first. Be open, be accessible … and be known for this.

…and you won’t fall into the “Expert Trap.” Don’t act like an expert, because today, you will offer just a piece of the puzzle.  Because of the accessibility of knowledge via the Internet, the front-line volunteers today have more knowledge than ever before. And when they collectively mingle their knowledge they will have greater combined understanding than the leader.

…and you won’t fall into the “Do It My Way Trap.”  Don’t expect your ideas to be put in place as you envisioned them. As noted above, a team of front-line volunteers has more relevant and broad knowledge than a leader.  You must share your vision (as God has given it) and trust the Holy Spirit in the volunteers He has called to sharpen and adapt the focus.

…and you won’t fall into the ”Numbers Trap.” Don’t motivate with numbers.  While numbers can represent people (and lives changed) to the modern leader, the young front-line volunteer has seen this abused in the past. Subsequently, front-line volunteers want to see up-close and personal the effects of their ministry.  Rediscover the power of “testimony” by those who minister and those who receive ministry.  Let stories of changes in people’s lives motivate rather than goals and numbers.

…and you won’t fall into the “History Trap.” Don’t be afraid of the changes I’ve discussed. In  fact, I’ve found that leaders in growing churches (even older i.e. “modern” leaders) are practicing millennial leadership and growing the congregations they lead.

I have also found in my research, consulting and writing that young millennial leaders are not rejecting the church (or Christ for that matter). However, they are rejecting some of the heavy-handed, organizationally-focused leadership methods of their parents’ churches.  Millennial leaders seek to return to a more people-orientated, participatory and open leadership style. After all, the proliferation and accessibility of knowledge has led to more experts in our churches, not fewer. And while this can be annoying for the leader who wants to call the shots themselves, a proliferation of knowledge should make our participation in the missio Dei more effective.

For more on a comparison of modernism and postmodern reactions see these classic volumes: Lawrence E. Cahoone, From Modernism to Postmodernism: An Anthology (Hoboken, NJ: Wiley-Blackwell, 2003) and James K. A. Smith, Who’s Afraid of Postmodernism: Taking Derrida, Lyotard and Foucault to Church, The Church and Postmodern Culture (Grand Rapids, MI: Baker Academic, 2006).