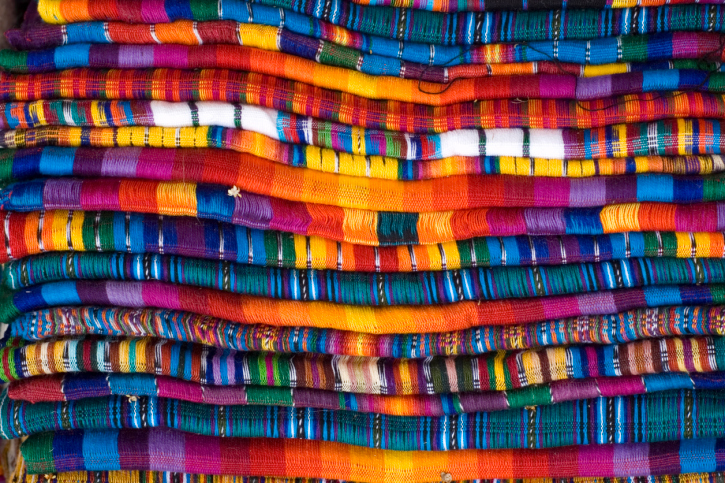 Sweat beads roll down his cheeks and drip off his chin as Jarod grabs the water hose to gulp down the cool water. Pausing for air, this seminary student lowers the hose long enough to exclaim, “I just had my most intense encounter with Jesus in there!” He then raises the hose to resume his assault on the water like a man reaching an oasis after a long walk in the desert.

The following morning, students gather to recall the experience. Another student looks to the sky and proclaims, “I feel stronger in my faith today. Yesterday, I called out to Jesus in there. I was at the end of my own strength – and he met me. When things get tough for me in the future, I know that Jesus will meet me again when I call out.” The others nodded their heads in silent agreement.

This powerful spiritual experience was a part of an immersion course on the Rosebud Lakota Sioux Native American reservation in South Dakota. This one-week course was developed by Dr. Richard Twiss (who was born on the Rosebud reservation) and myself. The goal was to expose seminary students to the topic of contextualization. For example, they wrestle with the question, “What would it look like for Native Americans to retain their socio-cultural identity, yet change their allegiance to Jesus?”

Throughout the week, seminary students engage the Lakota culture by participating in the local Pow-wow, visiting tribal government leaders, conversing with local Native pastors, interacting with traditional medicine men, and doing participant-observation in Native rituals. Visits are also paid to Wounded Knee, Sinte Gleska (a tribal run college), and community development organizations. A highlight of the trip for people like Jarod is the Inipi ritual (also known as the “sweat lodge”).

The Inipi ritual is a powerful discipleship form for oral cultures. It exemplifies the use of dominant symbols inside the ritual process to intensify faith. For a Native to come to Christ, must they abandon all previous forms of discipleship in order to follow the “White man’s god?” If the answer is “Yes,” then this may help explain why approximately only 4% of Native Americans in the U.S. today are evangelical Christians. Is it possible, though, that this ritual is evidence of God’s prevenient grace in Native culture? If the answer is “Yes,” then this may be a good starting point for Native Americans to fully give their allegiance to Jesus while experiencing the power of Christ utilizing indigenous forms.

Dr. Richard Twiss, founder of Wiconi International, believes strongly that the Inipi ritual can be given Christian meaning so that the ultimate God comes in intimate contact with disciples (as Dr. Zahniser was fond of saying). To help others experience this powerful discipleship form, Richard invited me to visit him on his reservation. Hence, the idea for this course was first born. For the last seven years, seminary students and others have travelled across the U.S. and Canada to experience first hand the power of Christ through contextual discipleship forms. This year, people came from Mississippi, Canada, Florida, South Dakota, Iowa, Minnesota, Missouri, Illinois, Indiana, and Oregon.

Some have questioned Twiss and his approach for contextualization by asking, “ Isn’t there evil contained in Native rituals and symbols that needs to be rejected?” Twiss often countered with, “Yes, there is evil in every culture that needs to be critiqued by Scripture. But, why should I totally reject one sin-stained culture (my own) and replace it with another sin-stained culture (yours)? Wouldn’t it be better to start with the culture that God has allowed us to create and then redeem it?” By the end of the week experience, students are often reflecting back on their own home culture and considering how the good news can be contextualized more effectively there.

While ministry among Native Americans is rarely easy or quick, evidence of God’s hand at work in Native culture provides hope. Discipleship with Native Americans can start with the local cultural forms such that they can be carefully contextualized for Christian meaning. These discipleship forms can powerfully communicate the good news in a way that is culturally appropriate and biblically faithful.  If you are still not sure if these cultural forms can be contextualized for Christian formation, simply ask seminary students like Jarod . . . he is now a firm believer.

P.S. I first met Dr. Richard Twiss and other Native American friends when we were students at seminary. Their faith and tenacity inspired me in my own faith journey. For the last seven years, we conducted this immersion course together as co-professors. Unfortunately, Richard had a massive heart attack last year and died very suddenly. His influence and dream lives on as we continued the course this past summer in his absence. This time, though, Richard’s son and another representative of Wiconi International (the organization that Richard and his wife founded) participated in the experience. Plans are already underway for next year’s course. Dr. Moon’s upcoming book describes the Inipi ritual and the discipleship process further. It is titled Spiritual Ruts and How to Get Unstuck: A Multicultural Discipleship Approach.