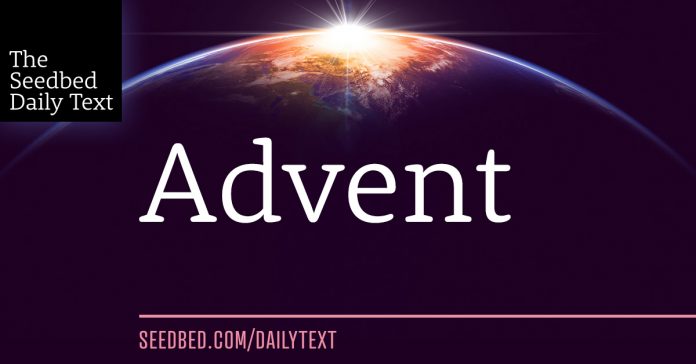 1 In those days Caesar Augustus issued a decree that a census should be taken of the entire Roman world. 2 (This was the first census that took place while Quirinius was governor of Syria.) 3 And everyone went to their own town to register.

4 So Joseph also went up from the town of Nazareth in Galilee to Judea, to Bethlehem the town of David, because he belonged to the house and line of David. 5 He went there to register with Mary, who was pledged to be married to him and was expecting a child. 6 While they were there, the time came for the baby to be born, 7 and she gave birth to her firstborn, a son. She wrapped him in cloths and placed him in a manger, because there was no guest room available for them.

The day we brought our first child home from the hospital, a “once in a century” ice storm rolled in and froze the entire city. Many folks lost power for days. We were lucky and didn’t lose ours.

We had carefully coordinated friends and family being in town during and after the birth so we could have help, but also time to ourselves. But now the hotel was in the dark, and the flights and roads that were supposed to take them out of town were frozen to the ground.

By the time our daughter was three days old, seven souls crammed into our little home. The guest room, the baby’s room, and the sofa were all claimed. And my wife – who had put together the perfect nursing chair location, changing table set-up, and series of DVDs to watch during late night feedings – was stuck in our back bedroom dealing with a baby pooping herself and having trouble nursing. All while an unexpected family reunion occupied the rest of the house.

And then, as we went to bed, our power finally went out. It was not a silent night.

When a very pregnant Mary and Joseph showed up in Bethlehem for the census, the rest of his family would have been there, too. The Greek word here is kataluma, which means “the guest room of a house,” not “hotel inn.” The issue was not rude hotel managers leaving a poor pregnant girl out in the cold. The real story is that the whole family was in town, and every spot in the house was claimed.

And the stable? Not a barn out back. Stables were connected to the front of the house so animals could be kept safe in bad weather. Small square windows were often cut between the stable and the house, letting the animal’s body heat warm the house. And  a feeding trough, called a manger, would be cut into those little windows or into the walls.

The Scriptures never say Jesus was born in a barn, just that the guest room was full and he was laid in a manger.

So I have a theory:

From what I’ve witnessed, a lot of family crammed into one house right after a baby is born is a hive of well meaning, but mostly useless, people. And I can testify that large, Middle Eastern families mean well, but want to be up in your business for every little thing with advice, commands, and unsolicited help.

And don’t forget, these are Mary’s in-laws.

Part of me is confident the stable was the best place to get away. A sanctuary for a mother and her new baby, where family couldn’t bother her and his crying wouldn’t bother them. It was sometimes a custom to use the stable as an extended guest room, which may have been the warmest place for a new baby. So the Baby Jesus and his mommy were probably warm, safe, and excessively cared for by lots of family.

But maybe the practical helps set up the theological.

Genesis begins with “In the beginning God created…”

As we saw early in Advent, John 1, Colossians 1, and Hebrews 1 all declare it was God, through Jesus, who created all things.

And it was God, through Jesus, who took the dirt of the ground, breathed into it the breath of life, and created Adam, the Hebrew word for humanity. And humanity was with God through Jesus in the garden.

And so it was that creation began with God, through Jesus, surrounded by the animals and the human family. Now swaddled in a manger, God in Christ is again surrounded by family and animals. A new creation event is happening this night, in a trough for a crib, that will lead to all creation being born again.

The Christ who created us also humbled himself to death on a cross… but also to to pooping himself and having trouble nursing.

The new Adam is born in Bethlehem, and God is with us again…starting in the same place each of us did.

Come, let us adore him.