Oh Lord, It's Hard To Be Humble - Seedbed
close
Menu 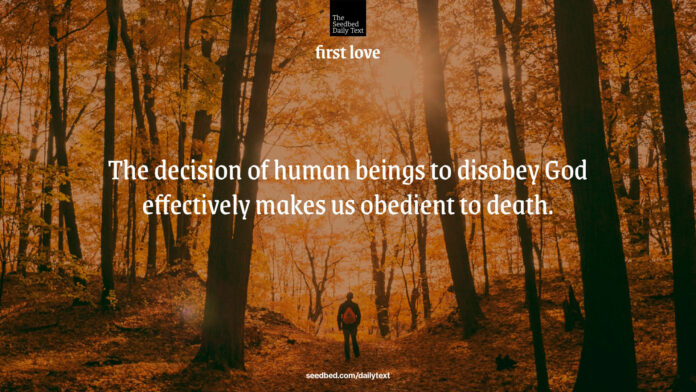 Before going further, let’s take a minute to review our learnings.

Remember, the way of the cross is the long slow, glorious, and often arduous process of moving from /\ to \/.

We are growing up by growing down. The way is descent. The measure of all the fullness of God is found at the cross.

The process leads to the transformation of our default mind, the mind of Adam (/\), into the mind of Jesus Christ (\/).

The primary reason we are stuck is we do not have the kind of relationships it takes to foment and foster this kind of transformation. We call it “banded discipleship.”

The one who was whole made himself broken so that we who are broken could be made whole.

He humbled himself. Humility, remember, is not defined in relation to oneself. Humility is not about self; it is about others. Jesus’ humility was displayed in his obedience to his Father. Jesus did not put himself down; he lifted his Father up. He did not put sinners down; he lifted us up. He descended all the way down to the cross, even to the kingdom of hell, that he might lift the broken human race all the way up to the kingdom of heaven.

Our humility begins when we become obedient to God. As we learn to obey God from a posture of humble love, we will grow humble in our relationships with others.

Sin and death are not creative, but they are sophisticated. Consider how the children of Adam and Eve turned on one another out of jealousy. Cain, grasping for his own equality with God, murdered his brother Abel. This quest for dominance and control led through the days of Noah and to complete destruction. It led all the way to the proud tower of Babel. Remember why they built it: “Then they said, ‘Come, let us build ourselves a city, with a tower that reaches to the heavens, so that we may make a name for ourselves; otherwise we will be scattered over the face of the whole earth'” (Gen. 11:4).

The ultimate marker of ascent: “so that we may make a name for ourselves.” Contrast this with the one who humbled himself:

Abba Father, we thank you for your Son, Jesus, who is the personification of humility. Teach us to walk in his way of obedience, an obedience born of love and trust. We want to be humble, Lord, yet we are filled with pride. Lead us to the cross where we might be emptied of this, for our sake and for your glory. We pray in Jesus’ name, amen.