A Friend to the Stranger: Opening Doors to Immigrants - Seedbed
close
Menu

A number of years ago, I heard a radio program discussing immigrants to Canada and the fact that many, if not most of them, are never inside the home of a Canadian-born person. The realization stunned me. How could this be? But as I pondered it, I realized that although I entertain all the time and have had many people’s feet under my dining room table, I couldn’t remember having a single new immigrant in my home. I was stricken.

The radio program that started my introspection highlighted a small farming community in central Alberta named Brownfield. Through youthful camp connections my husband and I knew a number of the Brownfield folk, and although the village itself is tiny, we knew the surrounding farmland was full of loving Christian people. Some of these farmers, through city connections, had invited people new to Canada to spend a weekend on the farm. They arranged hay rides, pancake breakfasts, a bonfire with s’mores and other activities common in rural areas. The spokeswoman, whose voice I heard over the radio, was the wife of my husband’s childhood best friend and had been a guest at my own table. Hearing her voice and the amazing work she was involved in brought tears to my eyes and caused me to ponder what I should be doing. I knew God was speaking to me through this old friend.

I heard that program a dozen years ago, and in the intervening years I have, in fact, entertained people new to Canada. But my attempts were haphazard and unorganized and I still felt the tug in my heart that told me I hadn’t found the sweet spot. I kept waiting and listening and wondering how God wanted me to join Him in welcoming immigrants into the Canadian Christian community. This fall, I think God and I were finally ready. I became a helper in an English as a Second Language (ESL) class at my church. Each week, I lead a table group of women who are new to the English language and help them in their conversational English and also, to understand Canadian culture. Every other week I bring 5 or 6 of the women to my home for lunch and a baking class. We eat a typical Canadian lunch – something like soup and sandwiches, or pasta and a salad. Then, we bake very simple things together. So far we’ve made things like banana bread, chocolate chip cookies, and quiche. I have a wonderful friend who helps me each week. Dealing with all the questions about language, culture and baking are simply too much for one person, and Nikki graciously and lovingly engages with our new friends. The women all adore her.

The women arrive very curious. They are eager to see what my house looks like. I find them poking around looking at everything, so I’ve learned to close doors to rooms I don’t want them in and not to worry about the rest. If I head downstairs to my second fridge to grab something, they all want to come, to see what the lower level of my house looks like. I’ve found myself giving guided tours of our games room. “Here is a pool table. This is a game called air hockey.” I’ve shamefully showed them my rather messy storage room where the second fridge lives.   They have many, many questions and I learned early on they are not nosy but desperate to understand how life in Canada works. After a couple of sessions, I realized the women were not using the pretty little guest towels in the bathroom and discovered they didn’t know what they were. We all had a good laugh when one of the Korean women informed me that in Korea, tiny towels are used to wipe the sink, and I told them I didn’t blame them for not drying their hands on what they assumed were my cleaning rags.

There are often photos taken. It is common to have the women take photos of everything we’re doing, and then to take photos of themselves with the Canadians. They proudly announce they will forward the photos to family abroad so the family can see their new Canadian friends. It brings a lump to my throat every time. The children of my new friends are also excited to have real, Canadian baking in their homes. One young mother was thrilled to discover we were baking cookies. She had received a note from the school her son attends soliciting baking donations for a school fundraiser. NO BOUGHT COOKIES appeared on the bottom of the letter. Xiu was crestfallen. She wanted to participate and support the school but had no idea how to prepare Canadian sweets. The next week she proudly announced she had baked a batch of the cookies she’d learn to prepare at my house and had sent them to school. Suddenly, she felt she belonged.

Most of the women I am involved with are from China, Korea or Japan. There are no commonalities in language or alphabet, and very few in culture. I have learned to admire their courage at starting over completely as an adult. I have also re-examined many ideas I previously held about people new to Canada. In the past I sometimes thought critically of people who didn’t learn the English language. Now I realize how difficult it is to learn to speak it, let alone learn to read and write. I wondered why some immigrants didn’t participate in sports and school events, and now I realize they might not have known how. There are thousands of cultural nuances I have learned over a lifetime and take for granted. Unless people new to Canada are friends with Canadian people and see inside a Canadian home it must be exceedingly difficult for them to learn how things are done. Most importantly, having new Canadians in my home has shown me that inside, at soul level, we are all the same. We have the same desires for love and understanding, the same dreams for our kids, the same struggles in life. I no longer look at a new face and say “those people”. I see someone who could be a friend.

Before I began with these ESL ladies I was a little bit afraid of what having immigrant people in my home might be like. Would they like the food? Could I answer their questions? Was I up to the task, whatever that means? I’ve learned that it doesn’t matter if they like the food. Yes, I can answer their questions. And yes, I’m up to the task. For the task is simply being a friend to a stranger, and even I can do that . Having these new Canadians into my home has been a sometimes joyous, sometimes funny but always heart-warming experience.   The tiny Brownfield group have now hosted a Syrian refugee family. Our church will soon be doing the same. Guess whose feet I hope to have under my table next?

Karen Vine is a regular contributor to the Soul Care Collective. 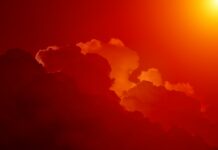 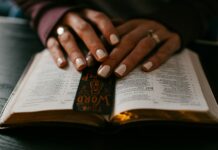 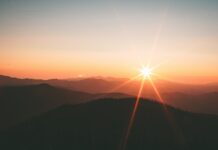 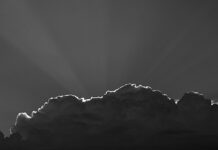