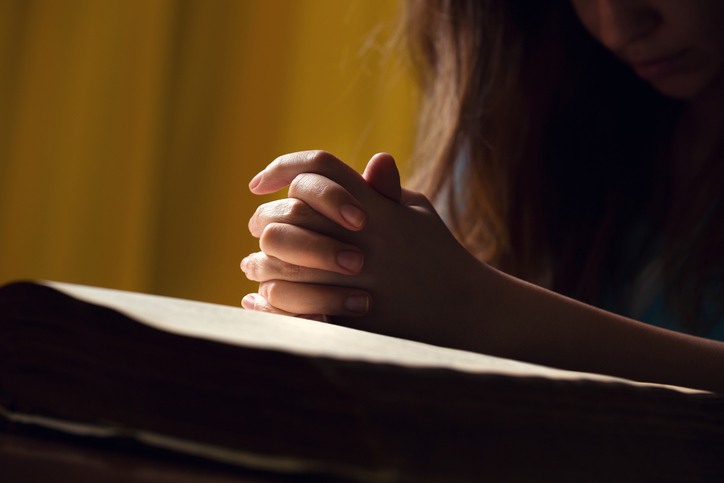 In an earlier post for Seedbed, I tried to summarize all I have learned and experienced as a woman in my career in vocational ministry in three simple “tips.” I opened with a story of a former student of mine and how surprised she was to encounter strong bias against women in ministry leadership when she started at a Christian college – “surprised” because having had me as her youth pastor, she had not realized this was even an issue for some.

I start this post with another story, this time from my first seminary course in 1984. I started out in vocational ministry working for an international para-church youth ministry, and in the Foundations course we learned the fundamentals of our particular organization’s mission and practice. One of those core commitments is to women in leadership, and a persuasive apologetic was laid out by our instructors.

Not having grown up in the church, and having been raised by two parents who always told me that I could anything I put my mind to, I accepted every leadership opportunity offered to me. So I sat comfortably in a row with several male colleagues in class, and on one fateful day, my heart filled nearly to bursting as we learned the fullness of Galatians 3:28 as it was expounded upon by the instructor:

This seemed immensely empowering to me personally, and enlarged my understanding of the gospel even further. But imagine my surprise when at the end of this section, I heard one of my colleagues whisper to one of his friends, “But when it comes down to it, Jesus was a man.”

This captures my experience throughout my career: I have always worked with organizations who confidently assert a commitment to egalitarian leadership; yet experience in real time has proven to be more of a mixed bag, dependent on the decisions and actions of individuals in a given context. In the past thirty-plus years, I have mostly enjoyed fruitful ministry, though some experiences have been occasionally tarnished by overt and covert sexism, sometimes to a damaging degree.

I came to the Free Methodist church in 2009, and was soon immersed in her fascinating history. According to Wikipedia, “The word ‘Free’ was suggested and adopted because the new church was to be an anti-slavery church (slavery was an issue in those days), because pews in the churches were to be free to all rather than sold or rented (as was common), and because the new church hoped for the freedom of the Holy Spirit in the services rather than a stifling formality.” Sign me up! I was enamored of all of these, and saw them being lived out in many of the Free Methodist churches I encountered here in Southern California.

Additionally, a huge part of my draw to the Free Methodist Church was its stated stance on women in leadership. One of our superintendents enthusiastically endorsed me as a potential leader, and I soon met several gifted women who were serving in leadership. However, because of my past experiences, I remained a bit skeptical. As I read more about the history of Free Methodism, my skepticism proved somewhat founded as I learned that the founding pastor, B.T. Roberts, had strongly advocated for ordination of women, even writing a book arguing for it way back in 1891! Nevertheless, as Dr. Ben Wayman tells us in his Introduction to a new and updated edition to Ordaining Women,

“his [Roberts] approach did not effect a widespread reconsideration of women’s ordination in its time. Roberts’s Ordaining Women could not overturn the ruling made against the ordination of women by the 1890 General Conference of the Free Methodist Church, and it was not until 1974 that the Free Methodist Church finally resolved to ordain women, in agreement with Roberts.”

Fast-forward to 2016 and I would say the Free Methodist Church is still a work in progress, albeit a very earnest one. There is deep commitment from our bishops and superintendents for living out our commitment to empowering women who are called to leadership. In the past few years, female superintendents have been appointed and women function at all levels of church leadership, apart from bishop, at this point. But in the same breath I will acknowledge that the percentages are still small, and anecdotally I know there are pockets around the country where there is subtle resistance. Nevertheless, I am very encouraged.

That is why the aforementioned new edition of Dr. Ben Wayman’s Ordaining Women is so necessary now. As our denomination is “leaning in” (to quote Facebook’s Sheryl Sandberg) on this more than ever, I am grieved that American Evangelical Christianity is still struggling over this doctrinal question in many quarters.

What Ordaining Women brings to the table is an amazingly expansive argument, not only drawing powerfully on scripture but also on significant figures and events from history, ranging from Greek philosophy to the Spartans of the Roman Empire to Joan of Arc to Victorian scholars. As Wayman says, it is “a dizzying array of classical, historical, literary, and theological sources.” It is impressive to see the depth and art of Roberts’s exegesis of scripture, word analysis, approach to translation problems, recognition of cultural tensions and deconstruction of historical traditions, originally written back in a time when modern biblical scholarship was relatively new. What is even more interesting is how pertinent his examination still is to our discussions in the 21st century.

So if you want to read a surprisingly “fresh” take on the theological and doctrinal question of women in leadership, pick up the newest edition of Ordaining Women by Dr. Ben Wayman, published by Wipf and Stock. It is unlike anything else I have read regarding the role of women in the church, and it is my hope that B. T. Roberts’s prophetic leadership will receive full appreciation, albeit late in coming.