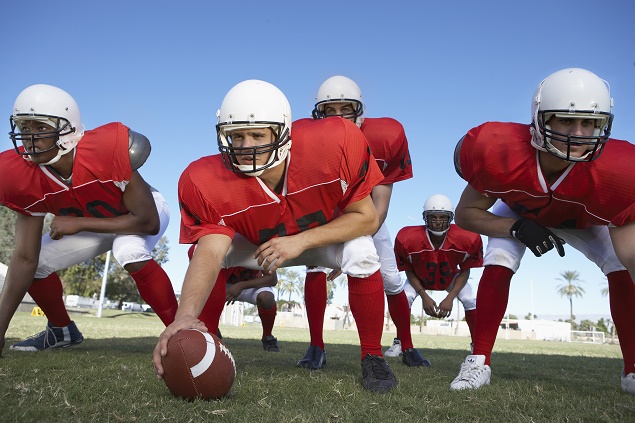 God calls the church to come together as one, yet time and time again we allow things to come between us and create division.  Whether it is the type of music someone listens to or something far greater like their race, God calls us to something more.  God calls us to unity.

For the next four weeks, we will watch the movie Remember the Titans. This movie takes place in 1971 in Alexandria, Virginia. Up until this point, the high schools had been completely segregated – white students in one high school, and African-American students in another school. However, the law changes and forces T. C. Williams High School to integrate, bringing the two races together in one school for the very first time. The school football team, the Titans, becomes the battleground for racial tensions in the city. To appease the black community, the school board appoints a new African-American head football coach, Herman Boone, over the Hall-of-Fame-bound white coach, Bill Yoast. Boone takes the position with hesitation, but without apology, and the African-American community looks to him as a hero. An insulted Yoast plans to coach at another school until his white players decide to quit the team. To continue his mentoring relationship with these young men, he accepts the lesser position of defensive coach under Boone.

The movie depicts the struggle the team has to learn to accept one another and to play football together. The team experiences many highs and lows as they pursue unity and a state championship.

Divide into small groups of 4-8 people. Make sure there is at least one adult in each group.

The town and team are divided – mostly along racial lines. For each character below, list 2-3 things each did or something about them that helps unify people and divide people.

When finished, talk about each character. Have students relay specific scenes or examples from the movie so far that illustrate the things that are listed.

1. Why do you think Coach Yoast took the demotion and stayed on staff? What would you have done if you were Coach Yoast?
Yoast was concerned for the kids. He thought if they quit football they might not do as well in school or be able to go to college. He was also concerned for the town. He did not want to see race riots erupt and thought staying on staff might cool things off.

2. What do you think of Coach Boone’s tactics of trying to unify the players of different races?Mixing the players up on the bus ride, making them spend time with each other, three-a-day practices until they complied.

3. In the scene where they are loading the bus, Gary tells Coach Boone to reserve half the spots on offense and special teams for white players and that no black players are needed on defense. What do you think of Gary’s approaching the coach in this way?
It was disrespectful. Gary thought a black coach could not tell him what to do. He was trying to establish his own authority as captain.

4. What do you think of the way Coach Boone responded – making a scene, calling him Jerry Lewis, telling him he was his daddy, etc.
Coach made an example of him. Some may feel this was justified, others that it was harsh. Coach established his authority as his “daddy” and that no one could change that. He still allowed Gary to get on the bus and be on the team, which shows some understanding and forgiveness.

5. What do you think were some of the sources of racism and segregation in Alexandria?
De-segregation was new and challenged the established norms of the town. The races did not know each other. Fear of the unknown and of change.

At T. C. Williams High School?
Same as above. Also white players were worried they would lose their spot on the team. They had learned some of their behaviors and inherited their views from their parents and adults in their town.

5. How does Alexandria, VA in 1971 compare with Franklin, TN in 2014 – particularly when it comes to race relations and racism?

1. What do these scriptures tell you about God’s heart for unity? How does this view compare to what we see in the movie? How does this relate to your life or compare to what you experience in your life?
Neither race in the movie is interested in unity with the other. These scriptures tell us that our identity as Christians in paramount / more important than our racial identity. We must love each other as God loves us.

2. How would a common focus upon Christ help dissolve racial barriers?
We would live with the most important thing in common – Christ. This does not mean to ignore or disregard our differences in race, geography, political views, etc. but to keep those things in proper priority. Most important is loving one another. This helps us understand and appreciate those who are different from us.

3. How does our church deal with the issue of racial unity? Your school? Our community?

4. What barriers exist to racial unity? (In the movie and in our lives today?)

5. What would be your first step toward greater unity? (If you were a character in the movie and in life today?)

ACTIVITY: The Paper Tower: Each group is given a single sheet of poster board and told to construct the tallest free-standing structure in just five minutes using no other materials. After the five minutes and a review of the structures, a discussion can be had concerning who planned out their structure, who ran out of time, and what could be done differently next time.

2. Where did you struggle?

3. What does it take to be a successful team?

4. Did a leader(s) emerge from the group?

In the final scene, this dialogue takes place between Julius and Gary – two leaders on the football team.

Julius: Nobody plays! Yourself included! I’m supposed to wear myself out for the team? What team?! No. No, what I’m gonna do is, I’m gonna look out for myself, and I’m gonna get mine.

Gary: See, man? That’s the worst attitude I ever heard.

1. How would you feel if you were in Julius’ position? (If you saw that the white people weren’t blocking for their teammates because they were a different race.) Is Julius’ attitude justified?

2. What do Julius and Bertier need to do in order to be successful leaders of this team?

3. Do you ever struggle getting to know/understand someone that is different than you?

4. The team needs unity to be successful. What can you do this week to be a force for unity whether that is in your family, among your friends, in your school, with people who are different from you? What can you do long term?

Youth stand up and form a circle standing shoulder to shoulder. Youth cross their right arm over their left arm and then hold hands.

* This symbolizes our unity and connection and brothers and sisters in Christ.

Have two youth separate their hands to form one empty space in the circle.
* This symbolizes that our community is an open one and welcomes new members anytime.

Have each person think of someone new to invite or someone who has not been involved in a while to invite back into the community.

Say the benediction below: You can say each line and have the youth repeat or all say it in unison. The words are written on a sheet of paper on the wall in the room.

After everyone says “amen” they twist turning towards their right until they are all facing outward.

* This symbolizes that we are leaving this place to go and love and serve others as God loves us.