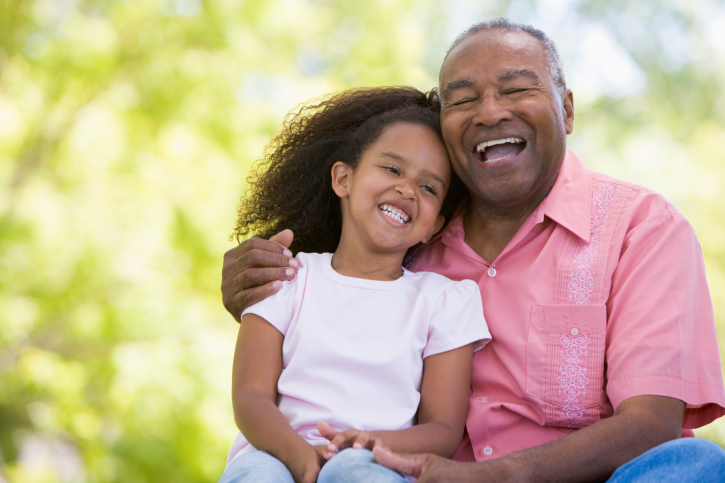 A myth-busting, eye-opening study by Vern Bengtson and a team of researchers helps families and communities understand how faith is transmitted from one generation to the next. Families and Faith: How Religion is Passed Down Across Generations is the result of four decades of research, the largest ever study of religion and family across generations. The book presents excellent information and suggestions and also contains a joyful surprise about the author and researcher’s own faith journey.

I was drawn to this book for a couple of reasons. As a father I want to understand what has been the best model for teaching one’s faith to children and as a pastor I want to counsel our families to do the same. So when I saw this book listed in a magazine I read, I ordered it quickly and it did not disappoint.

The public narrative – and even the story told within congregations – is that the influence of parents in teaching the faith is waning; cultural forces are overwhelming the good intentions of mothers and fathers and challenging the faith formation ministries of our congregations. Underlying all of this angst is the sense that the faithful are losing the struggle and that these forces are more powerful than ever.  Bengston and the team from the University of Southern California discovered, however, that in fact, most adult children model the faith of their parents.

One very revealing and challenging insight is the importance of what the study calls “parental warmth” for the transmission of faith. Those children who remained in the faithful fold as adults had parents who were consistent, unconditionally supportive, and active role models of love, respect, and patience with their children and their faith development.

In particular the study revealed that those who remained a part of that faith as adults had a father who was “warmly pious” in his own faith during their growing years. This is not to say the father was necessarily verbose in his faith expression, or was overly sentimental.  Rather, the children experienced their father as faithful, and it was clear that his motives for prayer, generosity, mission and service were rooted in his faith, however vocal or quiet that father was.  Whatever the personal or emotional makeup of the father, each can communicate “warmth” about his faith. The cold, distant or inconsistent parent forebodes difficulty for faith transmission to the children in that household (186).

Obvious challenges then exist for homes with emotionally distant fathers, unhealthy ones, and for those homes where there is no father at all. Not surprisingly, divorce and interfaith marriage also present obstacles to the passing of a family’s faith from one generation to the next.  Another revealing insight from the study helps to address these challenges. Communities are vitally important to the faith being passed on. One imagines then that congregations must be aggressive and intentional about engaging mentoring programs within the congregation and outside of it. The challenge of absent, disinterested, or troubled fathers is not relegated to certain social or economic classes; this truth is present in the home of rich and poor alike, although social and economic struggles, of course, exacerbate them.

So how can parents and faith communities have the best chance at fruitfully passing faith on to the next generations based on this study’s findings?

1) Focus on the quality of your own relationships

First, parents and fathers in particular need to focus most on the “nature and quality” of their relationship with their children as much or more than what they teach about the faith. This in itself fosters the faith overall.

2) Belong to a faith community

Second, faith communities “fill the gap” by promoting mentor programs inside and outside of the church that give children and youth a warm engagement with the faith that is authentic, patient and loving. Included in this must be an emphasis in engaging retired persons as their faith modeling has a significant impact.

3) Churches should focus on the family unit

Third, congregations should focus on the family unit, however its makeup, as central to the transmission of faith. Equipping parents to live authentically their faith in a genuine, warm way will transmit Christian faith to the children.

Finally, take a long range view. According to the study, religious exploration should be welcomed in a diverse world. This might sound contradictory to the other results but the research showed that if a child has been given a firm foundation in the faith of the parents, they more often than not retain or return to that faith. Allowing the child to learn about others outside the faith should not be seen as threatening as long as the parents have humbly and warmly modeled their own faith.

Contrary to the popular narrative that “these kids today” are straying away at faster rates, don’t listen to their parents, and want to go it alone on spirituality, Bengston’s study reveals quite different results.

Oh, and about the author, something happened along the way toward finishing this project. On Easter Sunday just over three years ago, he wandered into a worship service. He was “surprised by joy” as C.S. Lewis famously said. “I came back,” Bengston proclaimed. These days he is in worship every week, singing in the choir, engaged in Bible study one day a week and a theology study group another night.  His own life is revealing another insight from his study of others – prodigals do often come back home to the faith of their youth.