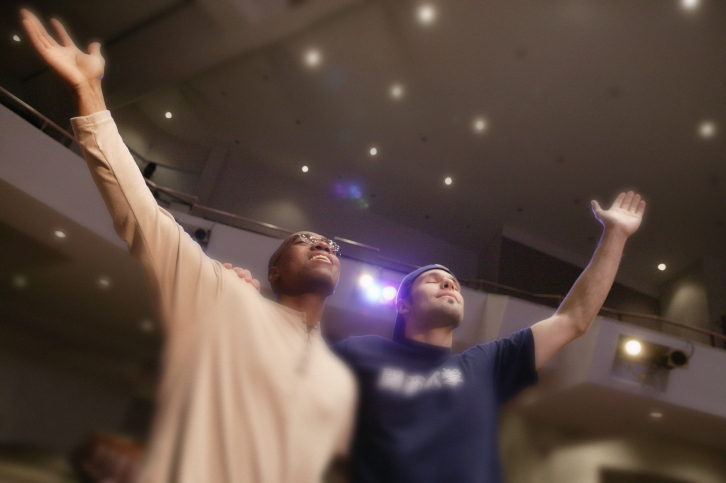 Even though United Methodism and mainline Protestantism, or rather flatline Protestantism, has been in systemic decline for over a half century, it has not been the case for more conservative Wesleyan holiness and Pentecostal denominations. For example, the Wesleyan Church has experienced a 75% increase, the Church of the Nazarene has experienced a 50% increase, the Free Methodist Church has had a 25% increase, and the Assemblies of God has experienced an astounding 500% increase over the same 50 year span. We have heard these type of figures before and shake our heads. How can this be? We have the right theology, the right denominational structure and programming, a well-trained clergy, churches on every corner, and an unmatched zeal for social justice. How can these things be? There have been a multitude of explanations, diagnoses, prognoses, remedies and programs thrown at this problem in a desperate attempt to cure the disease, and this article may very well be another well-intentioned but short-sighted attempt. Here goes.

My proposal is simple with hopefully profound ramifications – More of the Holy Spirit. We need more of the person, work, presence and power of the Holy Spirit in our lives, our worship services, our seminaries, our spiritual disciplines, our missions and ministries, our boards and agencies from the local church level to the General church level and anywhere and everywhere we walk and breathe. We simply need more of the Lord, the Giver of Life, in any and every way the Spirit chooses. I am not speaking necessarily about phenomenology, though it may happen, that is speaking in tongues, gold dust, being slain in the Spirit or other spiritual phenomena. Let us at least begin with an awareness and a prioritization of the existence, influence, and readiness of the person and work of the Spirit in all we are and do. Then let us watch the book of Acts unfold in our own context as we do so.

Such an exercise should not be far-fetched for the people called Methodists. This movement began over 200 hundred years ago with similar sensibilities. Pentecostals do not have copyrights on the Holy Spirit. Methodists are also Holy Spirit people, and we can participate in the current global outpouring of the Spirit that is going on among “Renewalists” and other types on every continent.  I would define Renewalist as those Pentecostal, Charismatic, Neo-charismatic and other movements, denominations, institutions, churches, groups, practices and individuals that put a primacy on experiencing the person and work of the Holy Spirit, especially the gifts of the Spirit, including signs and wonders, prophecy and healing in their worship, discipleship, ministry, mission and evangelism. We have heard the reports of the growth of Renewalist Christianity in the world. The 2011 Pew Forum reports over 500 million globally. That is 8.5% of the world’s population and 27% of world Christians. The Center for the Study of Global Christianity at Gordon-Conwell reported that there are 584 million Renewalists, while David Barrett’s World Christian Encyclopedia tallies Renewalists at over 612 million adherents worldwide.

Though at times contested, many scholars, such as Donald Dayton and Vinson Synan, trace the roots of Renewalist or Pentecostal-Charismatic Christianity to John Wesley and early Methodism via the 19th century Wesleyan holiness movement. In Donald Dayton’s classic text on the subject, The Theological Roots of Pentecostalism, he identifies five “roots” that are responsible for the birth of Pentecostalism. Those “roots” are early Methodism, Christian perfection within American revivalism, Spirit Baptism and its Pentecostal language, the Divine healing movement, and premillennial eschatology. Of these five roots, the first three of them are largely connected to the Wesleyan tradition and the latter two more peripherally connected. From these five roots come the driving five motifs in Pentecostalism:  salvation, sanctification, Spirit baptism, Divine healing, and the second coming of Christ. Dayton’s work begins with John Wesley as a major source. I do not believe it is fair to read back into history and call John Wesley a “Pentecostal” in today’s sense of the term. However, some have identified him as a “proto-Pentecostal” and possibly a grandfather of the movement.

As a practical or missional theologian interested in experiential religion, chiefly holiness or holy love, Wesley was interested in experiential religion beyond a mere adherence to orthodoxy or right belief, which many Anglicans claimed in his day. Methodism was a soteriological movement that sought to recapture a “warm hearted” religion that expresses itself in repentance, faith, the new birth or regeneration, the inner witness of the Spirit and entire sanctification at its core. According to Wesley, Methodists were raised up for this purpose to “spread Scriptural holiness across the land”.

Donald Dayton cites the following theological characteristics of Wesley and early Methodism as evidence of both Wesley’s and Pentecostalism’s similar interests and his indirect influence and contribution to the Pentecostal movement: scriptural and apostolic primitivism (though with Wesley it is soteriological rather than a Pentecostal interest in the gifts of the Spirit), a theology of the Spirit, salvation as a partially realized eschatology (experiencing regeneration, the witness of the Spirit and entire sanctification on this side of glory), and a doctrine of subsequence or a second moment of grace following initial salvation (entire sanctification).

It should be noted that Dayton and others also state clearly some of the differences between Wesley and Pentecostalism. I would suggest that Wesley’s bifurcation of the work of the Spirit into ordinary (regeneration, the witness of the Spirit, and sanctification) and extraordinary (the gifts of the Spirit including signs and wonders) categories would be one of the primary distinctions between early Methodism and Pentecostalism. Wesley clearly identified Methodism around the former category, while Pentecostalism seems to identify itself around the later. Though both movements were led by the Holy Spirit, early Methodism was more concerned with holiness and Pentecostals more with power in terms of the work of the Spirit. However, that is not to say that early Methodism was not replete with spiritual manifestations of the miraculous and signs and wonders. Early Methodism was clearly a “supernatural” movement, for lack of a better term (for more on this, see Daniel R. Jennings, The Supernatural Occurrences of John Wesley, Frank Billman, The Supernatural Thread in Methodism, and Robert Webster, Methodism and the Miraculous).