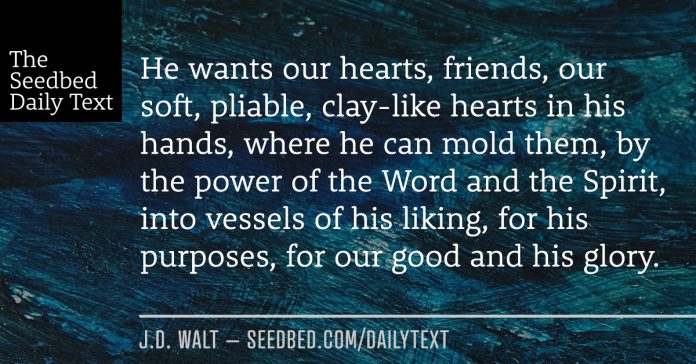 Then the Lord said to Moses, “See, I have made you like God to Pharaoh, and your brother Aaron will be your prophet. 2 You are to say everything I command you, and your brother Aaron is to tell Pharaoh to let the Israelites go out of his country. 3 But I will harden Pharaoh’s heart, and though I multiply my signs and wonders in Egypt, 4 he will not listen to you. Then I will lay my hand on Egypt and with mighty acts of judgment I will bring out my divisions, my people the Israelites. 5 And the Egyptians will know that I am the Lord when I stretch out my hand against Egypt and bring the Israelites out of it.”

6 Moses and Aaron did just as the Lord commanded them. 7 Moses was eighty years old and Aaron eighty-three when they spoke to Pharaoh.

We come today to what we might call a “sticky wicket.” I can’t explain it; hence I want to avoid it, but it must be dealt with. It comes in v.3 as follows: But I will harden Pharaoh’s heart.”

How is it fair if God punishes Pharaoh for something God does to Pharaoh. In other words, how is Pharaoh responsible for a condition God brought upon him? I can’t explain it. I will point out the following though.

Does God predestine every outcome to the nth detail or does God allow human beings the free will and agency to make their own choices? Just like this 10 to 10 tie, the debate between predestination and free will is utterly unresolvable. Depending on which side people take, they can marshal the evidence either way. Though I believe the predestinarians are wrong, as a lawyer, I will grant they can make a “straight-faced” case before the judge.

I am not a predestinarian. I believe God gives people free will and holds them responsible for their choices. Having debated it exhaustively (and exhaustingly) I am also thoroughly uninterested in debating the unresolvable issue any further. I have died on that hill too many times.

In the present case, I look to Pharaoh’s very first response to the Word of God. Pharaoh said, “Who is the Lord, that I should obey him and let Israel go? I do not know the Lord and I will not let Israel go.” (Exodus 5:2) Pharaoh shows us a hard heart from the start. To say that God allows a person to harden their heart to the point of thwarting his word and will does not mean that God hardened their heart. It means God allows people to go their own way and, in the end, to suffer the consequences.

When hard-hearted people go their own way it creates enormous hardship and suffering for many others. To agree that God willed Pharaoh’s hardened heart is necessarily to agree that God also willed all of the consequent destruction and losses to many people who were not themselves culpable. To attribute responsibility to Pharaoh for his own hardness of heart means he is also responsible for the far reaching consequences his ill will wrought on the nation.

Bottom line: to say God hardened Pharaoh’s heart, in my judgment, means God allowed Pharaoh to harden his own heart. Said another way, God gave Pharaoh over to the hardness of his own heart. Pharaoh was given at least ten chances to reverse course, to repent and relent from his rebellion. I see the same general principle operative in Romans 1:24-25, which says,

Therefore God gave them over in the sinful desires of their hearts to sexual impurity for the degrading of their bodies with one another. 25 They exchanged the truth about God for a lie, and worshiped and served created things rather than the Creator—who is forever praised. Amen.

One final exhibit—after all the extraordinary deliverance and advantage he would give the Israelites, God would allow his own people to harden their hearts against him. Psalm 95 recounts the story for all the future generations to come—especially ours:

Today, if only you would hear his voice,
8 “Do not harden your hearts as you did at Meribah,
as you did that day at Massah in the wilderness,
9 where your ancestors tested me;
they tried me, though they had seen what I did.
10 For forty years I was angry with that generation;
I said, ‘They are a people whose hearts go astray,
and they have not known my ways.’

He wants our hearts, friends, our soft, pliable, clay-like hearts in his hands, where he can mold them, by the power of the Word and the Spirit, into vessels of his liking, for his purposes, for our good and his glory. Its why his Wisdom beckons to us, “Trust in the Lord, WITH ALL YOUR HEART, and lean not on your own understanding. In all your ways acknowledge him and he will direct your paths.” Proverbs 3:5-6.

Father, I want to be a person who says such things. I give you my heart. Break through the outer hardness and heal inner hardness and restore the fullness of your image in me. I trust you yet I want to trust you more. Teach me hear your voice, even your whisper. Come Holy Spirit, and train me to be such a person of faith. I pray in Jesus name, Amen.

How do you relate to this reflection on the issue of God hardening Pharaoh’s heart and Pharaoh hardening his own heart? But before you answer that question, what is the state of your own heart?

Our SOW MUST GO ON campaign (everything digital is free all week) continues today. In these days when church is happening at aome, I wanted to encourage you to download Grow at Home: A Beginner’s Guide to Family Discipleship (Kindle and Streaming Video- Free) It is a rich treasure trove of resources for making disciples with family at home. One of our most prolific authors, Winfield Bevins, wrote it. You may remember Winfield also authored our most widely distributed resource ever: the Field Guide For Daily Prayer.