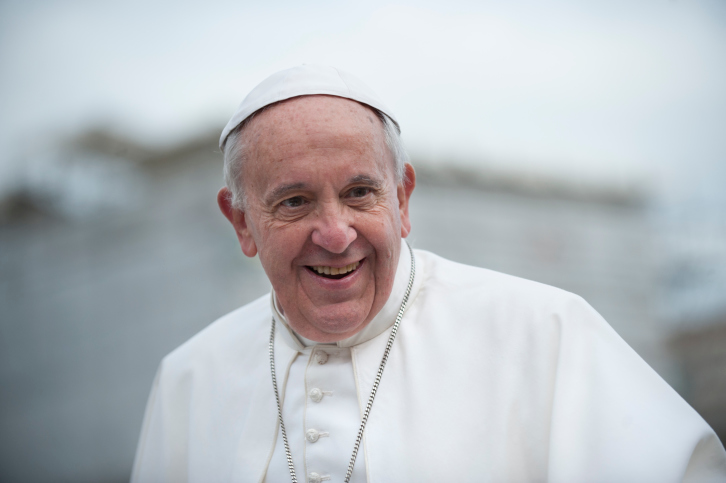 Pope Francis created quite a stir recently when he made the following statement:

“The Lord has redeemed all of us, all of us, with the Blood of Christ: all of us, not just Catholics. Everyone!”   Someone then asked the Pope if this statement applied to the atheist.  The Pope responded, “Even the atheists. Everyone! And this Blood makes us children of God of the first class!”

Now there has been a lot of hairsplitting about what the Pope intended to say, so let’s start by looking at the following three statements:

The first statement reflects Reformed theology, especially the doctrine of unconditional election and limited atonement (The “U” and “L” in the famous TULIP five points of Calvinism).  This first statement affirms that Jesus Christ died only for those who have been elected unto salvation.  Those who are elect will be regenerated by the Holy Spirit and given the grace to respond in repentance and faith to the gospel of Jesus Christ.

The second statement reflects Wesleyan theology which affirms universal provision, without diminishing or neglecting the role of human agency.  In fact, in Wesleyan theology, prevenient grace “frees” the human will from bondage to sin so that a real response to the gospel is possible.  The human will or agency is actually two-fold.  It refers to those who make real decisions to share the gospel (through word and deed) as well as the real decisions people make in responding to the gospel in repentance and faith (or rejecting the gospel, thereby, preserving the dignity of unbelief).

The third statement is the one the Pope made.  It is a statement of Christocentric universalism, sometimes known as inclusivism.  This notion entered some Roman Catholic seminaries in the 20th century through the writings of the German Jesuit, Karl Rahner in his Theological Investigations.  Inclusivism was primarily used to comfort those who may never have heard of Jesus Christ but who sincerely seek after God (which is why the question about atheists was asked to the Pope).   The Pope’s reply seemed to push the theological envelope even beyond the inclusivism of Vatican II, but to develop this point would be to miss the central point of this blog. Let’s return to the three statements.

There is a big difference between saying “Jesus Christ provides redemption for all” and “Jesus Christ redeems all.”  Why is this so important?  This is important because to simply say that Jesus Christ redeems everyone robs the human race of the dignity of participation in the divine work.  The gospel is proclaimed, and men and women either repent and believe or they reject the gospel.  These are powerful human agencies which the Scriptures unleash:  the agency of those who preach the gospel and the agency of those who respond to the gospel, either through repentance or unbelief.  To rob humanity of human agency in responding to God’s work in Jesus Christ and make salvation simply a matter of divine fiat cuts to the very heart of biblical Christianity.

Conservative Roman Catholics were scrambling to “help” the Pope to more theological clarity by stating that some Roman Catholic theologians allow for the distinction between “redemption” and “salvation.”  In other words, the Pope saying that “the Lord has redeemed all of us” might not be the theological equivalent of saying, “The Lord has saved all.”   If this is possible, then Pope Francis could have been speaking of universal provision, while still allowing that one would not receive “salvation” unless he or she responded and received the redemption.  One conservative Roman Catholic even chided the press for not understanding Catholic teaching and the importance of such a distinction.

Please, forgive me for not being persuaded.   Can we really expect the largely unbelieving media corps to understand possible nuances in Roman Catholic theology?  No, the impetus is on us to make ourselves clear when we speak to the world.  Pope Francis is, after all, the Pope.  If he cannot be theologically clear then we all have reason to be nervous.  We must be crystal clear when speaking with the media, and to our own congregations.  We must make it very clear that there is a BIG DIFFERENCE between affirming universal provision and affirming universal redemption.  The former simultaneously affirms the remarkable work of God in Jesus Christ and the importance of human agency in responding to the gospel.  The latter affirms God’s work, but cuts the relational bond between God and humanity and denies the importance of human will and agency.

We have enjoyed thirty six years of theological clarity from the papacy (John Paul II and Benedict XVI).  I fear that we are now facing a lot of theological muddle.   Pope Francis is a champion for the poor and has called us all to remember our service to the poor.  We all applaud this.  His work in Argentina demonstrates his faith.  However, the Pope would be horrified if anyone told him that service to the poor is a matter of divine agency alone.  He would never tell us that we don’t need to actually roll up our sleeves and do anything to serve the poor, we just need to remember that God lifts up the poor; it is His work, not ours.  I just wish the Pope realized that the importance of human agency is the hallmark of the entire gospel, not just in our service to the poor.

So how did you understand or interpret the Pope’s statement? I would love to see your thoughts in the comments below.