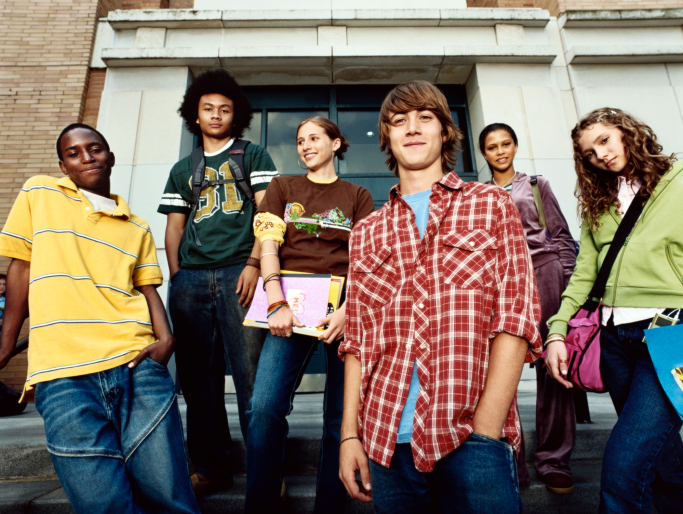 I think one could easily build the case for this being one of the most challenging times in history to attempt to mentor—especially young adults.

And at the same time I think one could just as easily build the case for this being one of the direst of times for young adults—where mentors are needed now, more than ever.

Yes, we’re in a moment in history when postmodernism (despite your personal feelings about it) and prolonged adolescence (a new developmental period of life that has emerged between adolescence and adulthood) are combining to create a generation of young people who want to control their own destiny—but not really do anything with it, at least for now. They don’t want to be told what to do – and they have no real ambition to do anything themselves. They don’t want to be shown the way, but kind of expect the way to be made plain to them when they’re ready for it.

No, I’m not talking about all young people, but indeed many of today’s young adults are in this Not You—Not Yet state of being. They do not want to be led towards places of growth and maturity (by anyone other than themselves—not you), nor do they want to grow up and take on the adult-type responsibilities that come with growing up in life (not yet).

Despite what you might believe about postmodernity, one of its hallmarks is the skepticism of authority—and those who have it. This being the case, many of today’s students aren’t taking their lead from the seasoned wisdom of their elders, but instead are choosing to live life on their own terms. They want to be in charge—and not told what to do. They want to be out in front—leading—even if they have no idea where they are going.

Add to the challenges associated with the influence of postmodernity, a new season of life that has emerged over the past 40+ years known as Prolonged Adolescence (or Emerging Adulthood or Delayed Adulthood). It is the season of life between adolescence (which ends at 18) and adulthood (which is being delayed until 25, 28, or even as late as 32). One of the hallmarks of prolonged adolescence is the desire to engage and explore many of the adult “freedoms” that come with being “of age,” but with a lack of desire, or even willingness, to embrace the corresponding adult responsibilities.

So checking the scoreboard we’ll find that we have a generation of young adults who:

It’s not a pretty picture. And while it doesn’t portray a picture of all of today’s students, it definitely captures the essence of many of them.

And while this may seem like the last place you—as a potential mentor—might want to interject yourself, I would suggest that it’s exactly where God is calling us.

Hear these words from Jesus, in Matthew 9:

35 Jesus went through all the towns and villages, teaching in their synagogues, proclaiming the good news of the kingdom and healing every disease and sickness. 36 When he saw the crowds, he had compassion on them, because they were harassed and helpless, like sheep without a shepherd. 37 Then he said to his disciples, “The harvest is plentiful but the workers are few. 38 Ask the Lord of the harvest, therefore, to send out workers into his harvest field.”

In many ways I believe that today’s young adults are a “harassed and helpless” generation—who aren’t actively looking for a shepherd to guide them. Which is why I believe the college campus to be one of the greatest mission fields in the world. Students are in transition, exposed to so much that is new, and in the process of being shaped and formed as they leaders of tomorrow.

We cannot afford to let this population aimlessly wander about for much of their formative young adult years.

So here’s what I suggest to those of us willing to put ourselves out there as potential mentors:

The best mentoring happens when we are seeking the wisdom and guidance of God’s Holy Spirit. As we begin to see the world around, with the eyes of Christ, we will better know how to come alongside the young adults in our midst.

Mentors need to be on the lookout for opportunities to grow relationships and invest in others. We cannot be so caught up in our own business and busyness that we miss out on the people God brings across our path.

3. Tailor It to the Individual

Mentoring would be much “easier” if we could take a one-size-fits-all approach to it. But alas, we cannot. Just as every young adult we encounter is unique, so must our approach to mentoring relationships. Sure, there will be many common elements that we might include or converse about, but we need to be willing to allow the Spirit and young adult to bring shape to the emerging relationship.

It’s one thing to make ourselves available to young adults, and pursue an intentional relationship with them, but it’s entirely different thing to do so with a growing understanding of who they are, what they need, and where our conversations might need to go. Today’s young adults are a different kind of animal then we were as students of a different generation. Times have changed, and so have many of the issues that today’s young people are facing. We need to become students of our students.

Leave the “results” up to God – We play an important role in the work of mentoring, but it’s not all up to us! I love the way Paul describes our role(s) in his first letter to the Corinthians:

And while the results are God’s and God’s alone—it is clear that we have an intentional part to play in the process. Therefore let us heed this exhortation found in Paul’s second letter to the Corinthians:

No, the path to investing in today’s young adult generation may not be easy, but it may be never more necessary! Are you willing to play a role in the future success of a young adult in your community? Commit to becoming a mentor today. You never know how God will use you—and those you invest in—to shape the future.