“How is Anglicanism relevant in the contemporary world?”

“How can a stuffy high-church faith reach people who are unchurched and unable to relate to the symbols and liturgy of Anglicanism?”

“Where is the sense of mission in Anglicanism?”

When I share with other Christians that I am an Anglican, these are the questions and critiques that I often hear. And to be fair, many of these questions are well founded. Many Anglican churches are insular and inward focused, only caring about maintaining membership and satisfying the needs and wants of long-standing parishioners. Many care more about a beautiful service instead of transformed communities. For each of these inwardly focused churches though, there is an Anglican church that has the idea of mission knit into its community DNA. On the whole, Anglicanism has been and continues to be a profoundly missional faith.

The theme of mission runs throughout much of the history of Anglicanism, beginning with the earliest foundations of the Anglican Church during the Reformation. Coming out a medieval period that emphasized the Latin Mass and Latin Bibles, Anglican reformer Thomas Cranmer intentionally sought to contextualize worship for the people of England. Worship services were conducted in the language of the people and the Bible was read aloud in English for all to hear. Now ordinary people could understand their worship, not just the educated elite who knew Latin. Through these actions, the Christian faith was embodied in a distinctly English way and became a faith that the community could own.

The Wesleys and the Church Missionary Society

While some within the Anglican church attempted to stifle the missional impulse of Anglicanism as time went on, others continued to pursue the mission of God within their contexts. John and Charles Wesley were strong examples of these missional Anglicans, as the 18th century Methodist movement attempted to revitalize the Church of England through dynamic discipleship and open-air preaching. While John Wesley’s influence would eventually enable the founding of the Methodist Church outside of Anglicanism, other Evangelical Anglicans continued to renew the church from the inside. Among these evangelicals were the members of the Church Missionary Society, a group of Christians committed to sharing the gospel to unreached people groups throughout the British Empire. Today, many Anglican churches within the Global South trace their lineage through the work of the Church Missionary Society.

Despite the success of the Anglican missionary movement throughout the 19th century, the movement also left a deep colonial wound in the places where missionaries went. Missionaries often tried to replicate English Christianity in non-English contexts, leading to a faith that could not be embodied or owned by the local people. When missionaries attempted to leave their churches in the hands of local leaders after years of leading and forming their churches, the churches would fall apart. Recognizing this problem, Roland Allen proposed a solution. An Anglican missionary to China during the 20th century, Allen wrote a little book named Missionary Methods. Drawing on the methods of the Apostle Paul, Allen argued that missionaries should plant the seeds of the Christian faith quickly, identify key potential leaders within the local church community, and then allow them to lead as soon as possible. Allen knew that the members of the local community knew more about their community than the missionaries did. They knew their strengths and weaknesses. They knew their context. Through trusting and relying on the Holy Spirit, Allen believed that the Anglican Church could flourish and take on a new expression within each cultural context it encountered. [1]

As the Anglican Church attempts to live out the mission of God today, the principles of each of these portions of Anglican history point to ideas that continue to be central to those who seek to live missionally. Like Cranmer, we must construct rich liturgies that speak in the language of the people. Worship must be deep and rich with symbol, but these symbols must also touch the deepest needs of the local community. Like the Wesleys and the Church Missionary Society, we can proclaim the gospel of God’s love to those within and without the Church. The prevalence of church planting in the Anglican world is a testament to this idea. And like Allen, we must strive to empower local people to lead churches that may look vastly different from the Christian communities that we are familiar with. The idea of mission is strong throughout Anglicanism. The only question is if we are truly willing to participate in the mission of God in the communities around us. 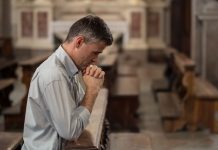 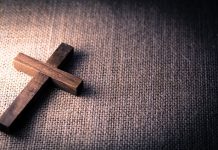 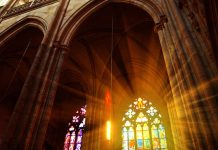 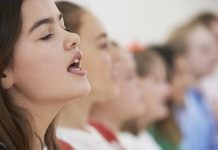 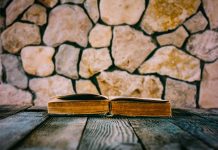 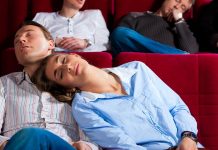 High and Dry: When the Liturgy Isn’t Exciting Anymore