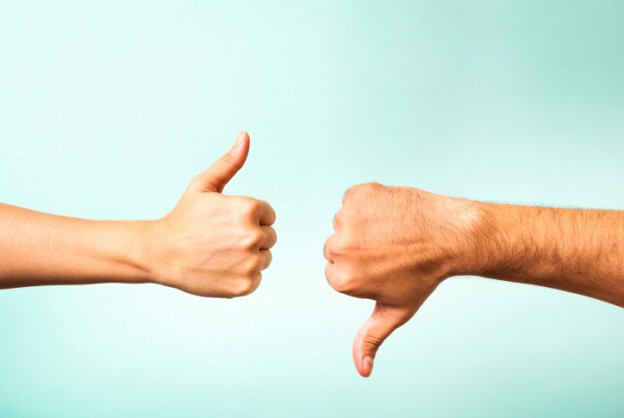 He came into my office looking very disturbed. When we sat down he had a look on his face that told me he had something of great importance to tell me. “Pastor,” he said, looking down, “I love your sermons, but it drives me crazy that you scratch your nose so much when you preach.”

I thought it was something like a cancer diagnosis when he first came in, but for this parishioner my unconscious “tic” was enough to distract him from listening to my sermons and had him thinking about the fact that I would be serving communion later and, well, yuck! It wasn’t quite a life or death situation, but one that was troubling enough for him to come and see me.

Preaching tics—we all have them and they’re as sometimes as hard to remove as their bloodsucking insect namesakes (that’d be “tick” with “k”). A tic is anything from a repeated mannerism or gesture to a vocal hitch that becomes a distraction for the listener. You might pace while you preach, for example, which makes some of your parishioners feel like they’re in a shooting gallery, or you might pepper your sermons with too many “ums” and “you knows” or the ubiquitous 21st century misuse of the word “like.” Maybe you make a “follow the bouncing ball” gesture with your hands when you make a point or clear your throat too often. Whatever it is, it can feel like a homiletical parasite for the listener even though you may not be aware that you’re doing it.

Bottom line is that if your congregation identifies your tics enough to consider making up a drinking game based on them, it’s time to do some tic removal!

Here are some ways to pull those tics out of your preaching:

Usually, we don’t realize we’re under the influence of a tic until it becomes a well-established habit. The tic becomes more deeply embedded because we don’t often take the time to actually watch ourselves preach from the perspective of the congregation. Recording and watching your sermons periodically gives you a chance to pick out some bad habits that you might not notice when you’re on the stage.

One of the ways you can really pick out your gesture tics is to watch the sermon in fast forward. When one of my preaching professors did this for me back in seminary, I noticed that my arm movements looked like a sick bird trying to take off. Speeding up the sermon will highlight the things you do habitually and make them look like a bad silent movie. Once you see them in that light, you’re more likely to change!

Of course, one of the best ways to identify your tics is to ask some trusted people in the congregation to give you an honest assessment. When that church member came into my office (someone who’s opinion I value), I thanked him profusely for telling me about this particular tic, which was largely the result of my ever-present allergies. I made a pact with him that whenever he saw me do it from the pew he had permission to lay his own finger aside his nose as a reminder. I haven’t done it since. When you have others who are willing to lovingly help you point out your tics, it helps them listen and you communicate more effectively.

Practicing your sermon before you preach it is always a good idea and can be especially helpful if you practice eliminating tics during your rehearsal. When you catch yourself wanting to insert that extra “um” or your gestures begin to look like a Tyrannosaurus Rex trying to do sign language, stop and focus on doing something different. You might even make a game of it where you assess yourself a penalty for each tic, like putting a dollar in a jar every time you do it and then donating the money to a mission project.

Another way to begin managing your tics is to look for them in your every day conversations and begin editing yourself. When you feel a “you know” or a “like” coming on, stop and breathe. Pay attention to your hand gestures when you talk to that person in the office or when you’re on the phone (we all gesture as though the person on the other end can actually see us). Practice self-editing every day and you’re more likely to do it when you’re in the pulpit.

3. Look for tics in other speakers.

The more aware we become of our own tics, the more likely we are to recognize them in others. When we’re watching a TED talk or a standup comedian, watching their tics can help us begin to identify and deal with our own. If you’re not seeing any tics that distract you, then you’ve identified an effective speaker who has likely removed them, proving that it can be done!

Whether you’re scratching an itch on the trail or scratching your nose in the pulpit, getting rid of tics requires constant vigilance. Practice getting rid of them and they’re more likely to leave you and your congregation alone!