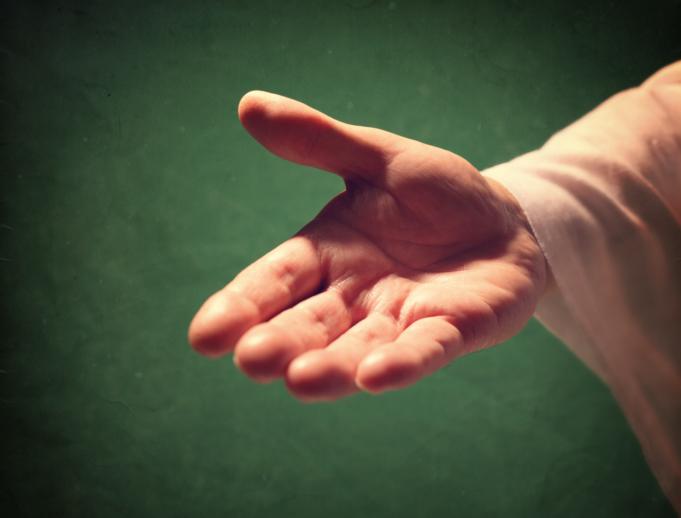 In Bible College, I took a philosophy course where a heated discussion erupted about the conflict between a Calvinistic view of predestination and the philosophical position of free will. I believe my professor, a Calvinist, thought he could diffuse the debate with a story.

He told of a mother who, after hearing a sermon on election, worried that her lost son wouldn’t be saved. So, believing that the God of eternity indwells the past, present and future, she prayed for God to “elect” her son to salvation in eternity past. My professor lauded this as “good theology,” but his anecdote undermined his Calvinism. It inferred that God’s predetermination of the fate of souls might be influenced by His foresight of the activity of the human will.

Last year, I finished reading The Reformation Bible, study notes and all. While blessed by many nuggets of truth, I still rejected the bottom-line belief upon which 5-Point Calvinism maintains its position as a logical necessity: that salvation is “predestined” by divine fiat independently of God’s “foreknowledge” of human responses to grace.

This year, I’m listening to an audio reading of Calvin’s Institutes, marveling at this young man’s zeal. He argues exhaustively for his view of God’s categorical decision to redeem some sinners and leave others lost. But while hearing Calvin firsthand, I also read a short book which seems to topple Calvin’s rational superstructure by showing the pagan source of its foundational premise.

In A God I’d Like to Meet, Bob Edwards repeats Christ’s warning about spreading man’s teaching as divine doctrine. He then quotes Calvin’s reliance on Augustine to support his deterministic view of God’s election process. Next, he quotes Augustine’s confessed appreciation of “the books of the Platonists,” which predate the Christian era by 400 years. Finally, placing these quotes alongside those from specific Platonist writers, Edwards reveals an impressive chain linking Calvin’s original premise to pagan philosophy. Wrong premises lead to false conclusions, regardless of the elaborate logic built upon them.

While enjoying this little book, I found the extensive secular article on “Determinism” in The Encyclopedia of Philosophy (Macmillan, 1967) even more enlightening. It traces the philosophical conflict between human freedom and determinism from Stoicism up through modern theories of psychiatry. Its author, when covering “theological determinism” made a telling observation: “Both Calvin and Luther stressed the power, sovereignty, and righteousness of God, subordinating to these the belief in his love and mercy.” In other words, “Might makes right!” was elevated above “God is love.”

Determinism’s elimination of free will was a religious concept in both pagan and Jewish discussion long before Augustine and Calvin argued for its adoption as “sound Christian doctrine.” For me, this fact and reading the Institutes, Edwards’ book, or this secular article are academic. I was already convinced that my exodus from Calvinism years ago was the right choice. I abandoned “TULIP” theology when I found it neither God-honoring nor human-friendly. Most hardline predestinarians once believed they upheld God’s honor by exalting the power of divine “sovereignty.” But today, many see the need of preaching a human-friendlier Sovereign, the God of unconditional love, Who can sustain evangelism and keep flocks from dwindling.

Theologically blotting out the human will never appeals to serious seekers, and eventually it silences our appeal for sinners to take seriously Christ’s “Come unto Me, all. . .” (Mat 11:28). As far as lost humanity is concerned, the God they would like to meet is not a Deity of limited love depicted in Calvin’s portrait, but the God of “whosoever will” heard in the voices of the Holy Spirit and Christ’s Bride, the Church (Rev 22:17).

Henry Ward Beecher said, “The elect are whosoever will, and the non-elect, whosoever won’t.” I like that simplicity, but tongue-in-cheek Arminianism is no match in a theological card game against a Reformed thinker’s strong hand of “sovereign grace.” Wesleyans, who generally hold TULIP’s  “T” card of total depravity, need only to lay their trump card on the table: God’s impartial blessing of “prevenient grace.” Calvinists can fold their hands. The game reverts back to the God Who sovereignly foreordained the unlimited love offered in Christ.

Some Wesleyans need to study this doctrine more thoroughly. Others are so familiar with prevenient grace that we’ve forgotten its theological power. Rather than rehearse its virtues in answering the polemics of Calvinism, I wrote a poem about it last year which may serve as a concluding review.

Though preached by priestly scholars
or a damning demon’s voice,
Begone, that fruitless doctrine
of “a will without a choice”!
If God demands that wayward souls
must heed what they have heard,
Then saying, “They’re unable!”
makes a folly of His Word.

While all are “dead in sins”
and darkly bound in Satan’s night,
The lost have no excuse, because
God blesses each with light.
His Word pervades creation—
speaking loudly, shining clear—
To shake each blinded conscience
wide awake enough to hear!

And that’s the crux, my brethren,
caught by Calvinistic creed
To controvert God’s mercy
meant to meet Man’s fallen need.
Christ seeks out every straying sheep
and calls them to repent—
Their free response enabled
by His grace prevenient.

On both the good and evil
God makes rain and kindness fall
And by His “whosoever will . . .”
invites us one and all.
With every heart’s reply foreknown,
God chose our destiny,
Because His love’s elective grace
predestined liberty.

The Hindus teach that choices seem
but are illusion still;
Reductionists say chemicals
determine human will;
And Islam’s fatalistic god
has never been “good news”;
But Scripture’s Sovereign Lord ordained
each sinner’s chance to choose.