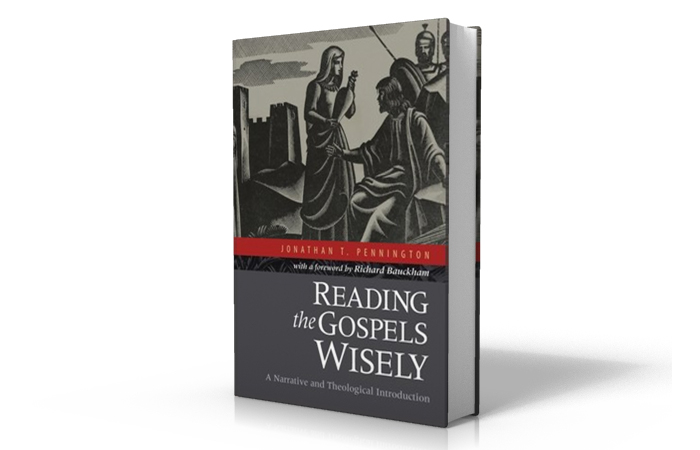 One of the most exciting developments in the Western church’s understanding of Scripture is that it is finally beginning to address this problem: We have lost track of what purpose the Gospels serve.

Ever since the Reformation sparked a fixation on doctrines such as justification by faith, our Scriptural gaze has been largely directed on the epistles, and the Gospels have suffered. At the least, they have been misunderstood. But at worst they have been neglected. Since the church has long behaved as if what really matters is that we are saved by grace through faith, well—it’s nice to have these four accounts of Jesus’s actions and teachings, but what does this have to do with Christianity?

Theologians have taken strides in recent years to remind us that Christianity is not actually about an individual’s own justification and personal salvation, but about God’s kingdom. It’s about his coming to earth to reign through the person of Jesus.

This renewed focus on the kingdom of God in recent years has led to enormous payoffs for New Testament theology, and especially for the Gospels. Along with N.T. Wright’s recent book How God Became King: The Forgotten Story of the Gospels [see review], Jonathan T. Pennington’s new book Reading the Gospels Wisely: A Narrative and Theological Introduction (Baker Academic, 2012) offers a fresh explanation of what the Gospels are, and also provides detailed guidelines on how best to actually engage the Gospels, both in personal reading and in public proclamation.

What Are the Gospels?

First, Pennington writes that the Gospels are announcements of the gospel of the entire biblical witness, that is, the good news of “Jesus’s effecting the long-awaited return of God himself as King …” (16) The Gospels proclaim this gospel message literarily as “theological, historical, and aretological (virtue-forming) biographical narratives” (35). Pennington therefore accepts (though he also qualifies) the growing consensus that the Gospels are a form of bioi, ancient Greco-Roman biographies, and demonstrates how important this is for giving them a proper reading (23-34).

Why Do We Need Them?

Or, as Pennington reframes the question, why is Saint Paul not enough? In his list of nine reasons why we need the Gospels, Pennington argues that story itself is primary and foundational in the Bible, that the Jesus story is absolutely foundational for the broader gospel story of God’s return as king, and that the Gospel narratives give us the most direct, resonant exposure to this kingdom story (38-48).

How Should We Read Them?

In exploring how to read the Gospels wisely, we must first confront both the joy and the angst of having four different accounts of Jesus’s life. Pennington reminds us that the Church has rejected the solutions of Marcion (who advocated using only Luke) and Tatian (who constructed one big Gospel by cutting and pasting the four together). He advocates allowing the Gospel writers their due leeway when it comes to differences, a leeway afforded them according to their genre as bioi. We can then adequately discern the specific points they wish to make about Jesus while also taking into account their vast similarities (50-73).

The second major step in learning to read the Gospels wisely is to consider the relationship between history and theology, the two major aspects of their narrative form. Retaining the stance of theology through history instead theology versus history (82-87), Pennington concludes that the Gospels are not clear-paned windows through which one can look to find the “real” “historical” Jesus. They are rather stained-glass windows, i.e., “self-consciously painted portraits and interpretations of the real Jesus” (97-98). Because they simultaneously make both theological and historical claims, reading the Gospels wisely is not just a matter of discovering what has happened, but the point of what has happened (104-05).

While Pennington provides plenty of valuable material about reading the Gospels as literature, especially within the context of the larger biblical story (176-84), he concludes that the most important thing about reading the Gospels as Scripture is not one’s literary knowledge but one’s posture and goal, which should be a spirit of discipleship open to being shaped by their stories (137-43).

The Gospels As Canon

Because Christianity is primarily based on a person and not a doctrine, and because the pre-Gospel oral traditions about Jesus formed the main content of the early church’s teaching and worship and also helped mold the other New Testament writings, the written Gospels, as “the closest thing we have to a comprehensive theology of the Scriptures” (248), should form the backbone for our reading of the entire New Testament.

Therefore, Pennington’s final practical note is that both in our public Scripture readings and preaching content, the Gospels must play the dominant role, and certainly not just be used as a springboard to cover the typical Reformation themes (256).

Pennington puts the most urgent questions about the Gospels on the table and provides some wise answers, and for this reason his book is very important. Still, hopefully it is among the first of many words on the subject rather than among the last.