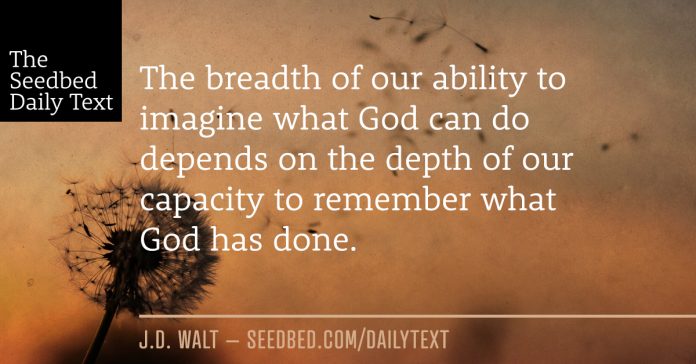 Saul spent several days with the disciples in Damascus. At once he began to preach in the synagogues that Jesus is the Son of God. All those who heard him were astonished and asked, “Isn’t he the man who raised havoc in Jerusalem among those who call on this name? And hasn’t he come here to take them as prisoners to the chief priests?” Yet Saul grew more and more powerful and baffled the Jews living in Damascus by proving that Jesus is the Messiah.After many days had gone by, there was a conspiracy among the Jews to kill him, but Saul learned of their plan. Day and night they kept close watch on the city gates in order to kill him. But his followers took him by night and lowered him in a basket through an opening in the wall.

I wonder what Saul was thinking inside that basket? Saul, the Uber-Jew, Citizen of Rome, Favorite Son of the Synagogue, the Elliot Ness of the First Century and the God-Father of the Sanhedrin Mafia, hiding in a basket being lowered over the city wall by a couple of the only guys willing to be caught dead with him. He rode in on horseback. He left in a basket?!

Saul, who thought he saw more clearly than anyone else, struck blind, could finally see the vision. Saul, who came in with arrest warrants and a license to water board (i.e. enhanced interrogation techniques), now had “the hit” placed on his head. The reversal of fortune is stupefying. This is Osama Bin Laden seeking Billy Graham as a mentor.

Though the Bible often gives us a lot of details, it is written with such economy of speech that we can easily miss them. Though there are thousands of years and thousands of miles between us and these biblical events and figures, it helps to spend time imagining into the text as I have done here. At times, in order to grasp the drama and feel the weight of what happened, we need to imagine how such events might be reported in our present day 24-hour news cycle. This does not mean taking license with the text to make it say something it does not say. It’s more about cultivating an imaginative and at times even a playful disposition with the story being told.

More important than extracting some kind of life application principle from a text like this is encoding the story into our own memory. One of the chief aims of Scripture is for its story to become our memory. To that end, draw analogies and make associations. Stretch the contrasts and comparisons Scripture makes into present day scenarios. The breadth of our ability to imagine what God can do depends on the depth of our capacity to remember what God has done.

Are you seeing how “encoding” this story and these stories into our memory leads to the real life improvisation of endless life applications rather than just one fixed principle oriented life application? Reflect on that.