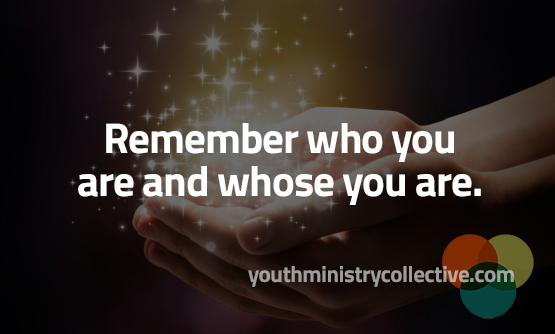 Another Old Testament scholar who is a good friend of mine recently commented on Facebook about being extremely… disappointed… in the words of a very popular worship song. The lines were pretty bad, I’ll admit, and coming from one of our most well-known songwriters, it was a double disappointment. It’s not my age or any dislike of contemporary music that makes me cringe to sing “I got my worship on.”

Which put me in mind of something I’ve thought about recently. We have a great many “song-writers” in the evangelical world. It’s an industry, practically a factory setting, cranking out worship songs on top of worship songs. So we hear of God’s “sloppy wet kiss” and how Christianity is more like falling in love than believing something

In the midst of that Facebook comment thread, I had a little epiphany. Yes, the evangelical world has a great many song-writers, but we have almost no poets. Time was, the Christian world enjoyed poets of staggering potency. When the Christian poet who penned Beowulf “opened his word-hoard” he unleashed something that still has enormous power. For the length of the entire work, this poet cites, quotes, or alludes to the Bible… but only the Old Testament. The whole poem aches with the hunger to know the promise really is true. Perhaps the poet was not far from a pagan past. Or we could think of Dante, or Milton. Earlier ages had poets of formidable gifts, capable of spinning metered, magical lines that wove from the lexical matrix of their languages whole new worlds of sensibility. I’m talking here of thousands of lines, without stumbling, without an inept metaphor, words pushed to the very frontier of possibility, words almost becoming worlds.

Charles Wesley was not a poet. He was a hymn writer, my favorite by an enormous margin. He wrote to be sung, not to be read and pondered. But his hymns had a depth and power rarely found in other hymns of any era. Why? I think it two things play in here. First, Charles Wesley’s ear and tongue were formed under the sound of Shakespeare’s plays (cast in poetic form), masterful poetic English translations of Homer, and the cadence of the King James Bible. These three circles of poesy, all strangely not influencing one another, but overlapping, put a powerful tool, even a weapon, in Charles Wesley’s hands: it was the English language in its full flower. Wesley could be a great songwriter because he lived in an era of master poets.

A second reason Charles Wesley could write great hymns was that he had worked very hard on the craft of poetry. I’m told that at an early age, John and Charles Wesley were given an assignment. They were given the Hebrew text of Job and required to work every day on “versifying” Job. From the Hebrew. Now, the Hebrew of Job is so hard it will melt your face off just pronouncing the text. You can fall into Job and never be seen again. It’s Hebrew poetry at its most linguistically dense, its most poetically arch. And the two Wesley boys were told, “turn this into English verse. Meter, rhyme, syllable counts, the works.”

I can only imagine how horrible some of their poetry must have been. Job never suffered like he must have suffered with the W boys “versifying” his near-blasphemous rage. But these two boys learned how to handle their mother tongue. They internalized the sounds, the smells, the feel, the texture of words and phrases. They became brutally intimate with the frontier between two vastly different worlds of sensibility, Iron Age Hebrew and 18th century English. And of course, Charles Wesley wrote thousands of hymns… but fewer than a hundred made the cut of history. But what jewels they are.

I remember my son, Lyman, worked months on a poem. He was in high school at the time, and sent his poem to a great poet who lives here in Kentucky. The venerable versifier actually read the poem, and wrote Lyman back. In his very gracious letter he finally came to his comment on Lyman’s composition and he said, “This is almost a poem.” Poetry is hard work. The poet intended “almost a poem” as a commendation!

So today, I think we need to stop completely the writing of worship music. I mean that. We don’t need any more, in fact, we need to trim ruthlessly the over-stocked song books and decide what is worthy and what is not. Get rid of flaccid, sentimental stuff. Save it for singing along in the car or someplace, but don’t make us all sing it in church “like we mean it.”

Some scholars tell us that it is likely that the Tabernacle of Moses conducted its ritual in utter silence, lest human voices defile the holiness of Yahweh. The Temple of Solomon was built without the sound of a hammer or chisel on the worksite, again, silence is becoming to the divine presence. The gospel singer André Crouch reported going a long period of time in which God took away his voice. He learned to worship without singing.

We have come wrongly to equate “worship” and “music” exclusively. An “all worship” service means… no sermon, just singing. In contemporary services, we “worship” (i.e. sing) and then we hear the sermon, then we “worship some more” (i.e. sing some more). Instead of singing, lets… talk. In liturgical churches, they often have what is called the “said” service, or “said” mass. The rich words of the service are simply read, together, and their poetic power is allowed to do what poetry can do. How much scripture to we read together in our churches? I might be heretical here, but might we also profit from reading some prayers, prayers written by masters of prayer who can guide us not just to pray sincerely, but to pray profoundly, transformatively?

And I think we also need, even more, to cultivate poets. We need a new Beowulf poet, who can write thousands of poetic lines that, in the words of translator Seamus Heaney, “sound like they mean business.” We need words than empower us to rip the arms off of man-eating demonic monsters and walk into the den of a flaming dragon with nothing but a sword and courage even though we face certain death, and do it anyway because we know it has to be done. “Behavior that’s admired is the path to power among peoples everywhere.” That’s Beowulf. What else do we need for a “theology of leadership” than the words of the Beowulf poet? We need a Dante, who can use words to take us to the depths of hell and the heights of heaven so that we understand, see, why hell and heaven matter. We need a Milton, whose poetry could even make Satan himself seem a hero.

When God needed someone to go out and kill a Philistine Giant, remember, he sent… a poet.