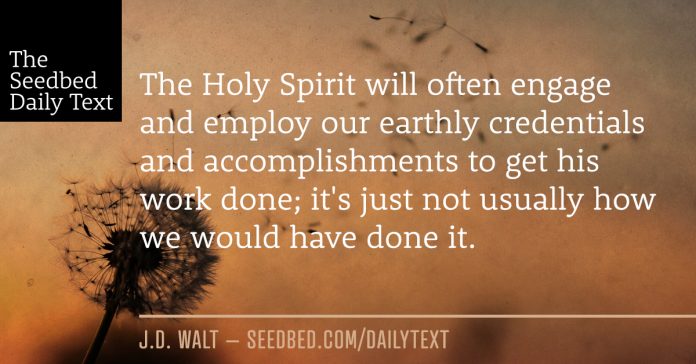 Then he called two of his centurions and ordered them, “Get ready a detachment of two hundred soldiers, seventy horsemen and two hundred spearmen to go to Caesarea at nine tonight. Provide horses for Paul so that he may be taken safely to Governor Felix.”He wrote a letter as follows:Claudius Lysias,To His Excellency, Governor Felix:Greetings.This man was seized by the Jews and they were about to kill him, but I came with my troops and rescued him, for I had learned that he is a Roman citizen. I wanted to know why they were accusing him, so I brought him to their Sanhedrin. I found that the accusation had to do with questions about their law, but there was no charge against him that deserved death or imprisonment. When I was informed of a plot to be carried out against the man, I sent him to you at once. I also ordered his accusers to present to you their case against him.So the soldiers, carrying out their orders, took Paul with them during the night and brought him as far as Antipatris. The next day they let the cavalry go on with him, while they returned to the barracks.When the cavalry arrived in Caesarea, they delivered the letter to the governor and handed Paul over to him. The governor read the letter and asked what province he was from. Learning that he was from Cilicia, he said, “I will hear your case when your accusers get here.” Then he ordered that Paul be kept under guard in Herod’s palace.

Did you pick up that number? Four hundred and seventy.

And they left secretly, under cover of darkness. It sounds like an escort for Caesar himself. It was all for one man, a first century Jew representing a marginal religion in an unimpressive part of the world. Remember, these soldiers were not exactly up against ISIS either. According to the text, the threat was a vigilante lynch mob of 40 Jewish men. I can imagine the incredulous conversations between some of those soldiers along the way to the coast. Overkill doesn’t begin to describe the situation.

What on earth is going on here? Is this all because Paul was a Roman citizen? I don’t think so. I think it was because he was a citizen of Heaven.  The real reason? Jesus wanted the kingdom of Heaven planted in Rome, and he wanted his chief apostolic emissary to the Gentiles to be the ambassador.

Don’t make the mistake of thinking Paul’s privileged status as a Roman citizen somehow opened the door for Jesus. Jesus was actually opening the door of his kingdom to Rome through Paul’s citizenship in Heaven.

The Holy Spirit will often engage and employ our earthly credentials and accomplishments to get his work done; it’s just not usually how we would have done it.

The best thing we can do is to put our resume on the altar as an irrevocable offering to Jesus and then go on about our business. It’s a kind of Holy Spirit networked “LinkedIn” for the Kingdom of God. You will be surprised at how and when he brings it to bear for the greater good. Much of the time you will have no idea it’s happening until later.

Can you recount a situation when a worldly credential or achievement or honor was somehow surprisingly deployed by Jesus to accomplish his purposes for his Kingdom?