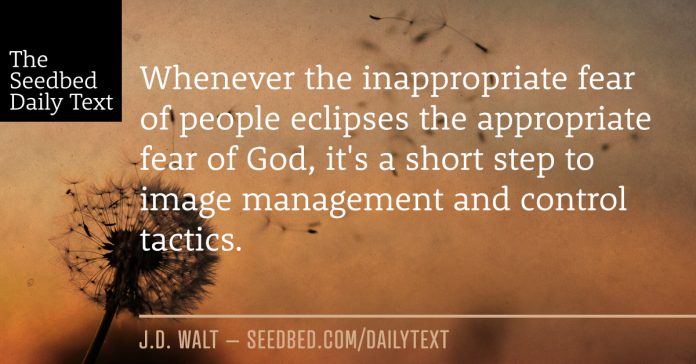 When we arrived at Jerusalem, the brothers and sisters received us warmly. The next day Paul and the rest of us went to see James, and all the elders were present. Paul greeted them and reported in detail what God had done among the Gentiles through his ministry.When they heard this, they praised God. Then they said to Paul: “You see, brother, how many thousands of Jews have believed, and all of them are zealous for the law. They have been informed that you teach all the Jews who live among the Gentiles to turn away from Moses, telling them not to circumcise their children or live according to our customs. What shall we do? They will certainly hear that you have come, so do what we tell you. There are four men with us who have made a vow. Take these men, join in their purification rites and pay their expenses, so that they can have their heads shaved. Then everyone will know there is no truth in these reports about you, but that you yourself are living in obedience to the law. As for the Gentile believers, we have written to them our decision that they should abstain from food sacrificed to idols, from blood, from the meat of strangled animals and from sexual immorality.”

Today’s text offers us a fairly clear-cut case of the fear of man. The elders in Jerusalem feared the Jewish believers more than they feared the God they believed in. Whenever the inappropriate fear of people eclipses the appropriate fear of God, it’s a short step to image management and control tactics. When we fear people we tend to develop appeasement strategies in order to manage any perceived volatility. The tendency is to manage appearances in order to keep the peace. The truth? It’s really just conflict avoidance in order to get around dealing with dysfunction.

In a distant way, today’s text reminds me of my graduation from law school. My friends and colleagues in law school put me forward to offer the prayer at our graduation. They knew I was a Christian and had served as a youth pastor through my tenure as a student. Shortly after, the dean called me into his office. I liked this dean. He had done a good job at the school. And did I mention he was Jewish? I had no idea as to the purpose of the meeting. He quickly cut to the chase and in no uncertain terms, he let me know that it would be an embarrassment to him and to the school and an affront of the law of the land if I were to offer my prayer at the graduation in the name of Jesus.

Apparently he had heard that I was some kind of Jesus freak (which was true), and he wanted to manage my appearance so that no one at the ceremony would feel “uncomfortable.” I pushed back some on his rationale with the counter argument that my colleagues had asked me to offer the prayer precisely because I was a Christian and that to offer a non-Christian prayer wouldn’t qualify as a prayer for me and further that it would be a sham and cause me to go against my own conscience. He didn’t appreciate that response. He amped up his tone a bit and proceeded to strong arm me with an admonishment, basically forbidding me to pray in the name of Jesus and intimating I should probably decline the opportunity if I could not oblige.

I walked out of his office that day gripped with fear about the whole thing, wondering what I should do. I sought the counsel of others and the consensus seemed to be to appease the dean by following his counsel. Go along and get along. Then I began to remember the unfettered faithfulness of Jesus to me through those grueling three years of jurisprudential torture. Despite my repeated decisions to prioritize the teenagers at the church with my time at the cost of my need to study, the Lord had seen to it that I would somehow miraculously graduate cum laude.

All of a sudden, this tiny conflict in the scheme of things took on apocalyptic significance in my mind. All of a sudden I was hearing the second century martyr, Polycarp, whispering my name and his famous line as he faced death by burning, “Eighty six years have I served him and he never did me any injury; how then can I blaspheme my King and my Savior.” I knew what I had to do.

The day of the graduation came and with a trembling voice I offered my prayer in the name of the One who said, “I have not come to abolish the law but to fulfill it.” No lions rushed the stage and I’m certain no one even remembers it but me. The dean did get a little red-faced, though. Clearly, I blew the thing way out of proportion in my mind. In the scheme of things it was small, but in my life at the time it loomed large.

I may be grasping at straws with this story today. It’s at best a distant analogy to today’s text. Give it a quick scan again and see if you see it.

More on that tomorrow.

Do you tend more to the “fear of men (people) or the fear of God?”